The first 100 days of the government of Pakistani PM Nawaz Sharif have not brought about major change. Still, many in the South Asian nation believe things are a tad better than under the previous administration. 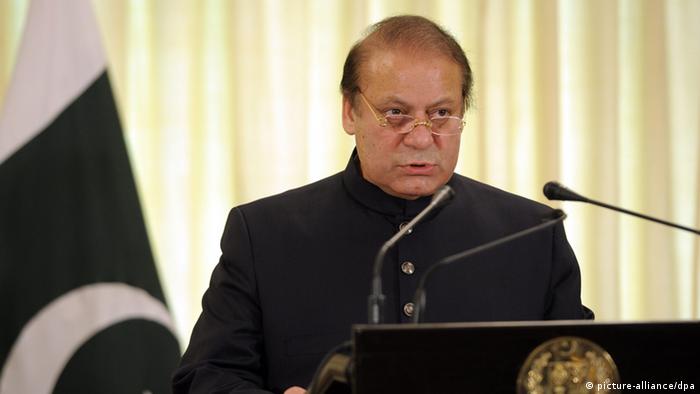 Prime Minister Nawaz Sharif's Pakistan Muslim League (PML-N) party swept the May 11 parliamentary elections on the premise of bringing peace to the country, resolve the protracted energy crisis, stabilize the economy, and improve ties with neighboring India and Afghanistan. The center-right government has now been in power for 100 days. However, much of its electoral promises are yet to be fulfilled. The peace has not been restored, much of the country is still facing power shortages, the economy continues to show negative signs, and ties with India and Afghanistan have not really improved.

Despite these shortcomings, experts are not too pessimistic about Sharif's first 100 days' performance, as they say that the Prime Minister has shown commitment to resolving these issues. They also argue that the kind of problems Pakistan is facing today cannot be resolved in three months or a year. It seems that a majority of Pakistanis is willing to give Sharif some time.

Asia Riaz, co-director of the non-governmental Pakistan Institute of Legislative Development in Islamabad, believes that Sharif's government's greatest strength lies in its "accommodating approach" towards opposition parties. "It is commendable that Nawaz Sharif, despite having a clear majority in the National Assembly (lower house of parliament), respected the mandate of the rival parties in the northwestern Khyber Pakhtunkhwa and the western Balochistan provinces, allowing them to form governments there," Riaz told DW. She added that, in the long term, this would strengthen the country's democratic culture. 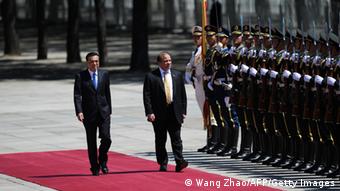 She also praised Sharif's decision to travel to China soon after becoming the prime minister, and to sign energy pacts with the Asian economic giant. She said it showed the Premier's resolve to end the energy crisis in Pakistan.

Also, last week, the International Monetary Fund (IMF) approved a US$ 6.2 billion dollar bailout package for Islamabad. The government has cited it as one of its successes. But economic experts say that government cannot solely rely on the IMF and the World Bank and should take other steps to solve its economic crisis.

"Pakistan's economic situation is so bad that the government does not even have the funds to pay monthly salaries to its employees," Khalique Kiyani, an economic reporter at Pakistan's English daily Dawn, told DW in an interview. The journalist is of the view that the IMF bailout is only a temporary solution and will not solve all problems. "Huge state-run institutions like the Pakistan Airlines and the Steel Mills need a daily bailout. The condition of Pakistan Railways is not much different. The government does not seem to have a well-devised economic policy," Kiyani said.

But more than economic woes, what concerns most Pakistanis is the continued violence plaguing their country. During the previous government, formed by former President Asif Ali Zardari's Pakistan People's Party (PPP), the Islamists conducted hundreds of militant attacks on civilians and armed forces, killing thousands of people.

Pakistan has elected a new president but experts are skeptical about the new government's ability to deal with the Taliban, who have proved their might again by raiding a jail and freeing nearly 250 of their comrades. (31.07.2013)

Can the ISI be tamed?

The bin Laden report has embarrassed Pakistan's all-powerful ISI. Is the time ripe for PM Sharif to tame the military's spy agency? In the past, efforts to put the ISI under civilian control were blocked by the generals. (12.07.2013)

After winning the May 11 elections, Sharif had made it clear that his party would rather engage in "peace talks" with Islamist militants than launch military operations against them. Center-right Tehreek-e-Insaf or the Movement for Justice party of Imran Khan, which governs the volatile province of Khyber Pakhtunkhwa, also opposes military action against the Taliban.

Some experts say that it is probably because of the "reconciliatory approach" of the new government towards the Taliban that the number of suicide bombings and militant attacks in the country has recently gone down. The attacks, however, have not completely halted.

Aamir Rana, executive director of the Islamabad-based think tank Institute of Peace Studies, is one of those experts who think that Sharif has taken the right path to restore peace in the country.

"The dialogue strategy with the Taliban is working," Rana told DW, adding that it was also "a good sign that Sharif wants to have an upper hand in formulating the counter-terrorism strategy, and is not relying totally on the military."

On Monday, September 9, the Premier chaired an All Parties Conference on the issue of terrorism, in which he urged the political parties to develop a consensus on how to deal with the issue of militancy. The conference was attended by the leaders of Pakistan's major political parties as well as by the powerful military chief Ashfaq Pervez Kiyani and the Inter-Services Intelligence (ISI) chief Zaheer-ul-Islam.

Critics of the government, however, are against talks with the Taliban. They believe that concession to the militants will only embolden them. 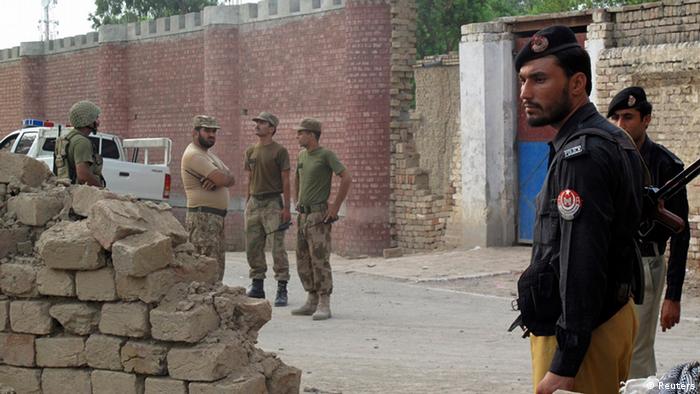 Peshawar-based development worker and political activist Maqsood Ahmad Jan believes the new rulers are confused and have no clear-cut strategy on how to counter terrorism in the country. "Sharif and Khan have no idea how to deal with the Taliban. The Khyber Pakhtunkhwa chief minister recently said he did not know who was behind the terrorist attacks in his province," said Jan.

The activist is of the opinion that the new rulers have turned a blind eye to Taliban atrocities and that such incidents are happening because Sharif and Khan are in favor of talks with the extremists. "The result is that the radicals are getting bolder," Jan told DW.

Sharif made it clear from the beginning of his third term that he wanted good ties with the US, Afghanistan and India. Though the US-Pakistani ties have improved in these past 100 days, Islamabad's ties with Kabul and New Delhi have deteriorated.

Sharif is a big advocate of improved bilateral ties with India. During his second tenure as prime minister in the late 1990s, he made several attempts to boost trade and political relations with arch-rival India. This time too, he sent out positive signals to New Delhi about his intentions vis-à-vis Indo-Pakistani ties. New Delhi welcomed his gesture. However, the Indo-Pakistani "friendliness" did not last long. Border clashes between the two South Asian nuclear powers erupted and the dream of a peaceful South Asia once again vanished without a trace. 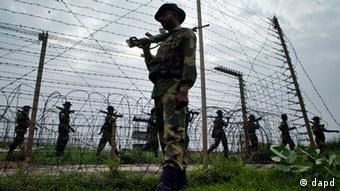 "Every time there is an attempt to normalize relations, you see the number of terrorist attacks rise. It is an open secret that there are a number of actors in both Pakistan and India who do not want to see any improvement in the ties. There is a blame game between the two sides," Moeed Yusuf, a Pakistan expert at the US Institute of Peace, told DW.

India alleges that Pakistan provides support to the Taliban and is wary that the Islamists might regain power in Afghanistan after the NATO troops withdraw from the war-torn country next year. The Afghan government, too, blames the Pakistani military and the ISI for aiding the Islamists to create unrest in its territory. Pakistan denies these allegations.

Sharif's government has recently released more Taliban leaders at the request of the Afghan President Hamid Karzai to facilitate the US and Afghan government-led "peace talks" with the Taliban.

Regional analysts say that India is observing these developments with suspicion, and that a conflict of interests between India and Pakistan in Afghanistan does not augur well for regional peace and stability.

So far, Sharif has faced domestic criticism for giving too many concessions to India. Experts say it will be interesting to see for how long he sustains this.