China recently opened a free trade zone in the commercial hub of Shanghai, in what is expected to be a testing ground for eagerly-awaited economic reforms. But experts warn that significant changes may be years away. 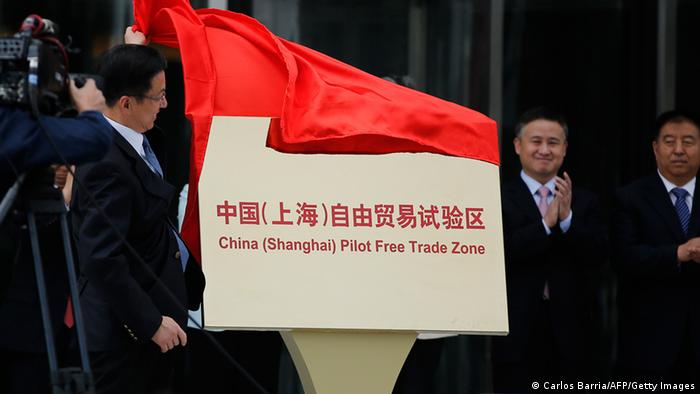 It has been praised by analysts as the boldest policy experiment in decades; a step profoundly different from virtually everything the leadership in Beijing has done in commercial policies and deregulation in the past ten years. Operations at the new China (Shanghai) Pilot Free Trade Zone (FTZ) started on Sunday, September 29, as the world's second-largest economy looks for new ways of reducing government intervention and opening itself more widely to foreign trade and investment, according to state media.

According to Fredrik Erixon, director of the European Centre for International Political Economy (ECIPE), the FTZ is designed to promote competition in various fields of the Chinese economy and expected to boost economic vitality, as China's economic output has weakened recently, with a growth rate of 7.7 percent last year, its slowest pace in 13 years.

A 'hotbed' for change

China's State Council or cabinet, which approved the project in July, recently unveiled on its website a set of rules for the new pilot zone. They would allow free yuan convertibility and test market-set interest rates as well as cross-border use of the yuan in the newly-established zone, where goods are set to be imported, processed and re-exported without the intervention of customs authorities. 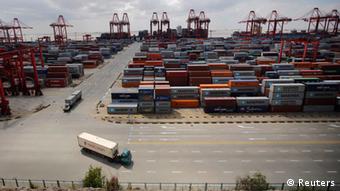 There is also a change in Beijing's approach towards the approval of foreign investment. Instead of requiring that foreign funds obtain authorization before investing in the FTZ, the government has a list of industries in which foreign investment is prohibited, according to corporate attorney and China expert Rebecca Liao. "Everything else is allowed."

This move also allows for foreign financial institutions to open solely-owned banks and privately-funded Sino-foreign joint ventures. In addition, restrictions on trade as well as 18 service sectors ranging from finance and shipping to cultural services would be eased.

Some 25 companies have so far been given the green light to start operations in a variety of sectors, alongside 11 financial institutions, most of which are domestic banks such as the Industrial and Commercial Bank of China, Bank of China, but also the subsidiaries of Citibank and DBS.

From solar panels to wine and now steel tubes: The EU and China have been engaging in a series of trade disputes. While some analysts fear a looming trade war, others view these spats as mere 'tactical maneuvers.' (21.08.2013)

China: 'An economic force to be reckoned with'

As yet another trade row between China and the European Union escalates, China expert Thomas König takes a look at how the latest disputes have been affecting relations between two of the world's largest economies. (21.08.2013)

China and US see progress on investment treaty

The US and China have agreed to restart stalled negotiations on an investment treaty, with Beijing dropping efforts to protect some economic sectors. But talks struck a sour note over China's handling of Edward Snowden. (12.07.2013)

Two's company, three's a crowd: Europe eyes the summit between China and the United States taking place in California, while trying to find its own place in the group. (07.06.2013)

"It is the new leadership's way to test what could be done, economically and politically, " Erixon told DW. The China expert explains that the reforms planned for the new zone have been debated for some time, but have been regarded as too radical to be introduced across the entire economy. "Now it starts in Shanghai, which has always been the hotbed for market economy reforms in China."

The project is a major part of the megacity's effort to become an international financial center by 2020, and comes as China's ruling Communist Party tries to shift the country away from its long reliance on investments and exports, and more towards consumer demand.

Foreign companies will be allowed to produce and sell video games as long as the content passes censorship. Furthermore, they can establish call centers, provide Internet information and software technology services. However, the State Council document made no specific mention of a reported plan to liberalize China's tightly-controlled Internet in the zone. Rumors had circulated in international media that the government might allow access to Facebook, Twitter and other websites banned in China.

The slow nature of change

Erixon points out that the planned reforms suggest that the Chinese government under Xi Jinping is taking economic reforms more seriously than the previous one under Hu Jintao. Nevertheless, he adds, there is still uncertainty about what exactly is to be allowed in the FTZ and what not. "The government and several authorities have yet to give all the details of the new rules and it is clear that some of the reforms will be built up over time."

This view is shared by Liao who explains that although Chinese leadership seems to have recognized the economic big picture, the initial reforms withtin the FTZ are still on a small scale. The fact that most of the new rules are set to be implemented over the next three years suggest a very cautious undertaking. "For one, it is probably still the case that not everyone in the party agrees a more robust financial market is the top economic priority. For many, closing the income gap is far more important than general economic growth," Liao said. 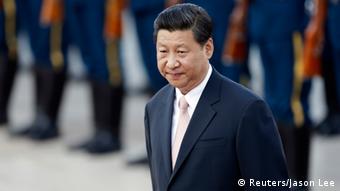 It remains to be seen how the new measures will impact the lives of ordinary Chinese. Thus far, the immediate effect of the FTZ has been an increase in property values in the surrounding area.

But the political message seems clear: "Most Chinese know that Beijing is attempting reform, which is a positive sign after a general frustration with the lack of bold action during the Hu administration," says Liao. A more significant public reaction, however, will probably have to wait until the Communist Party meeting in November, when President Xi is expected to announce a wider program for reform.