From solar panels to wine and now steel tubes: The EU and China have been engaging in a series of trade disputes. While some analysts fear a looming trade war, others view these spats as mere 'tactical maneuvers.' 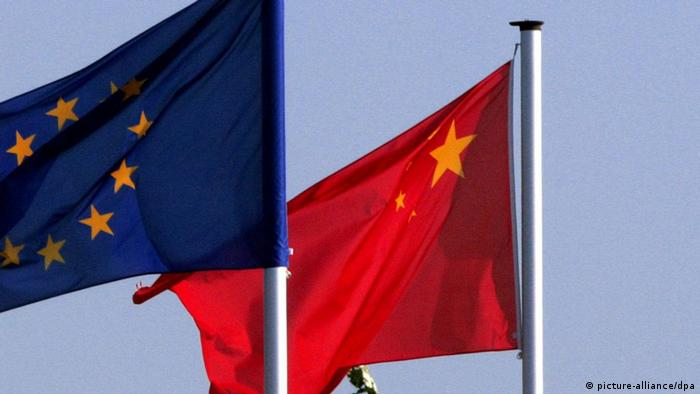 They are used mainly in superheaters and reheaters of boilers in power stations. But despite their limited application area, high-performance stainless steel tubes have led to yet another trade row between China and the European Union (EU). Brussels accuses Beijing of imposing unfair tariffs on the steel pipes imported from EU countries, claiming they "significantly hamper access to the Chinese market."

On Friday, August 16, the EU therefore asked the World Trade Organization (WTO) to rule in the dispute, arguing that the duties of up to 11 percent imposed last November were incompatible with WTO law. "The EU continues its fight against unjustified Chinese trade defense measures, which do not comply with WTO rules and often seem to be motivated by retaliation," said EU Trade spokesman John Clancy. Beijing, however, claims the duties will protect Chinese companies.

The row over steel tubes is just the latest incident in a series of trade tiffs involving two of the world's largest economies. The EU and China have been blaming each other over the past months for engaging in unfair trading practices and raising new trade barriers.

In July, the Europeans imposed provisional anti-dumping tariffs on EU imports of solar panels from China. Beijing reacted by launching an investigation on European wine and polysilicon exports into the country. The dispute, which, according to analysts almost led to a trade war, was only recently defused after Chinese companies agreed to set minimum prices on the panels. 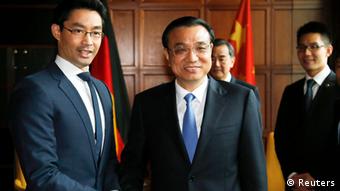 But the row with Beijing also generated splits among the 28 nation block and exposed how much EU Trade Commissioner Karel de Gucht has struggled to rally the support of member states in the trade disputes with China.

For instance, German Economy Minister Philipp Rösler rejected European Commission (EC) proposals to impose the heavy trade duties on the panels calling them "a grave mistake" and arguing that the tariffs would harm bilateral trade and lead to a trade conflict.

According to Fredrik Erixon, director of the European Centre for International Political Economy (ECIPE), there is an "increasingly vociferous" opposition from the EU member states against the EC. "Some countries fear retaliation from China and want to slow down cases," the Swedish economist said, adding that there were two main reasons for this development: increasing competition between EU members about selling products to China, and the view that the EC has gone too far in its ambition to "play hardball" with the Chinese.

China is the second most important market for Europe after the United States, while Europe is China's largest trading partner. According to the latest EU figures, Chinese exports of goods to the bloc totaled 290 billion euros last year, with 144 billion going the other way.

It is not clear whether the anti-dumping tariffs imposed by China on steel tubes are a retaliatory measure. Nonetheless, Erixon believes there is a certain risk for current trade frictions to escalate: "The Chinese are frustrated at being subjected to so many defensive trade actions by the EU and often feel badly treated in the EU's anti-dumping investigations."

China: 'An economic force to be reckoned with'

As yet another trade row between China and the European Union escalates, China expert Thomas König takes a look at how the latest disputes have been affecting relations between two of the world's largest economies. (21.08.2013)

The EU has approved a solar panel trade deal with China, saving Europe from a full-blown trade war. The deal has been criticized, but solar industry expert Eicke Weber says this compromise will stabilze the market. (02.08.2013)

The EU and China have found a compromise in a row over dumping prices for Chinese solar power modules. Politicians and environmentalists are relieved, but the solar power industry is outraged. (30.07.2013)

Two's company, three's a crowd: Europe eyes the summit between China and the United States taking place in California, while trying to find its own place in the group. (07.06.2013)

But the trade expert also emphasized that an all-out trade war was unlikely. "Trade between China and the EU is too big to fail. The economic consequences for both sides would be disastrous." This view is shared by Nicola Casarini, Asia expert at the European Union Institute for Security Studies (EUISS).

He argues that the recent disputes have been mainly skirmishes aimed at finding out how far each side is ready to go in order to defend its economic interests. "What we are witnessing are tactical maneuvers by both sides to test each other's determination in the defence of their vested interests," Casarini told DW, adding that neither side would benefit from a war.

One of the maneuvers employed by China aims at capitalizing on the block's lack of unity. "China is already an undeniable presence in Europe - and thus far, has often directly circumvented the EC for the sake of direct bilateral negotiations at the expense of wider European interests," said Thomas König, China expert at the European Council on Foreign Relations.

One example of this divide-and-rule strategy can be seen in the ties between Beijing and Berlin. The continuing high demand for German industrial products in China has been a significant factor for Germany getting off rather lightly in the euro crisis. It is therefore not surprising that the German government spoke out against tariffs as the trade dispute over solar panels between the EU and China was underway.

However, as China moves up the technological ladder, it poses many challenges to its trade partners. "Europe is losing competitiveness vis-à-vis China, as more and more Chinese products compete with European ones," said Casarini. According to the Complementary Index for European and Chinese Exports, an economic indicator measuring relative competitiveness, the EU is now in direct competition with China on 35 percent of the 5,775 types of goods traded, compared to 15 percent in 2000. 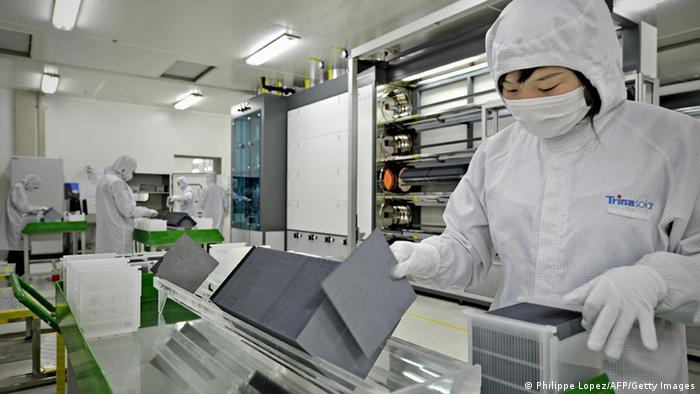 As China moves up the technological ladder, it poses many challenges to its trade partners

Another major challenge for Europeans is to find ways of dealing with the level of state support enjoyed by Chinese companies, which, for instance, have easier access to credit than their European counterparts. "If this continues, many European businesses risk their market position, putting further pressure on EU policy makers to take action against Beijing," Casarini added.

A 'grand bargain' with Beijing

An escalation of trade rows would affect jobs on both sides. "There is already today a direct effect on jobs and growth in Europe," Erixon pointed out. There are, however, some EU member states that feel the pressure more heavily. They include countries such as France, Italy, Spain and some Eastern European countries whose productions are today in direct competition with China. But also Germany, which is not yet threatened directly by China's rising competitiveness, could be affected by trade disputes, as the recent solar panels spat demonstrated. 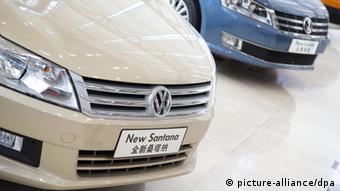 Casarini believes that what the EU badly needs to overcome the challenges posed by China's economic rise is to show more unity vis-à-vis Beijing; and prepare for a grand bargain in order to make the two sides more closely integrated and undermine sources of friction.

"Our relationship with Beijing is too important for leaving it to a day-to-day and issue-by-issue approach. We need to think long-term and imagine how the two sides will be in the next twenty years, including the level of integration that we want to achieve between China and us," said Casarini.

Will these spats lead to a trade war? Tell us what you think!