A necklace for sale on singer Shakira's website resembles the Black Sun symbol used by the SS. The emblem is still popular amongst neo-Nazis. 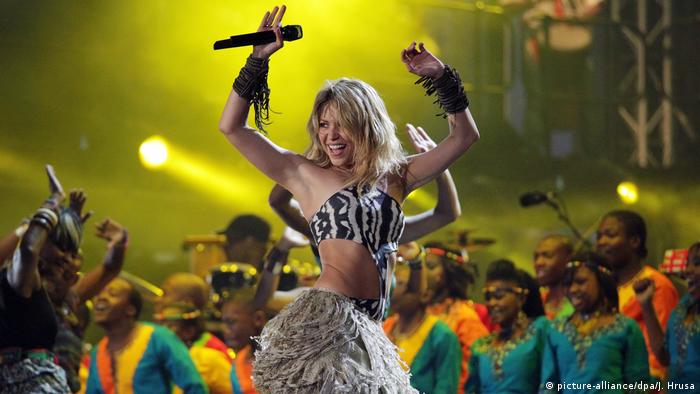 Colombian superstar singer Shakira may want to check her online shop for some fascist fare. As pointed out by media outlet Bento on Tuesday, a necklace she has for sale for her El Dorado tour bears not just a striking resemblance, but is identical to a symbol used by the Nazis.

The small gold necklace reads "Shakira El Dorado World Tour" surrounding a sun pattern. That pattern is the same as the Black Sun, or Schwarze Sonne in German, which is still used today in some neo-Nazi occult circles. 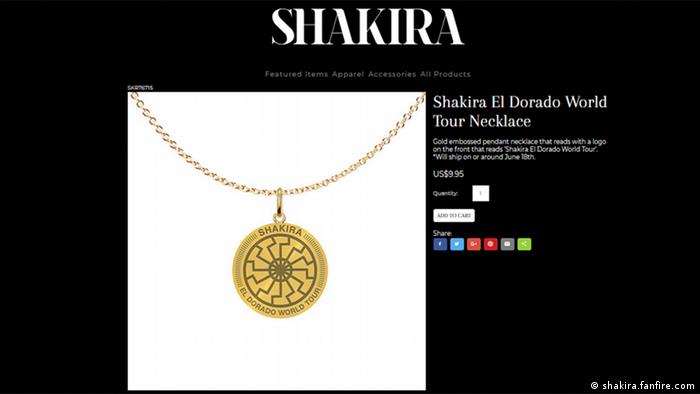 The necklace in question is pictured on Shakira's tour merchandise website

Inspired by ancient occult symbols, the Black Sun was incorporated into a mosaic on the floor of Wewelsburg Castle, the ideological home base of Heinrich Himmler and the SS. 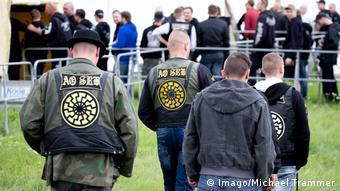 It was likely adopted by Nazis as significant because of its alleged relationship to ancient Germanic runes and sagas — and perhaps even the round table of Britain's legendary King Arthur.

Although it is almost certainly an accident, it seems that whoever made the design for Shakira's promotional necklace didn't do much research. Nazi symbols are banned in Germany and, according to Bento, the Black Sun is on the list of far-right symbols to watch out for in at least two German states.

Swastikas on shields. Cries of "Blood and Soil." Nazi symbols and slogans were on full display in the Charlottesville confrontations. DW looks at where US and German neo-Nazis overlap. (17.08.2017)

A US-based auction house says the red phone, complete with Nazi party symbol, was bought by an unnamed bidder. The phone was described as "arguably the most destructive 'weapon' of all time." (20.02.2017)

Left party defends use of swastika to help election campaign

Unsuspecting onlookers called police when they saw a film crew spraying a swastika and a racist message in Berlin. But Germany's Left party has said it was justified in using the Nazi symbol. (02.09.2017)