Sex Education Patchy in Europe | Europe | News and current affairs from around the continent | DW | 23.12.2006

A new report shows that strong objections exist to sex education in a number of European countries, including Germany. It identifies religious influence as the main reason. Sex education remains optional in some states. 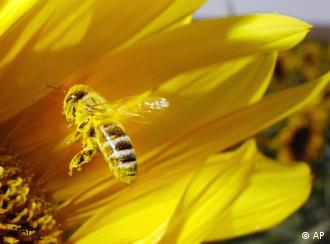 Europe might like to see itself as progressive when it comes to matters of sexuality, but a new international study has come to the surprising conclusion that sex education is still not fully accepted here. Vast differences also exist in how the subject is taught across the continent, according to the report co-conducted by the World Health Organization (WHO).

The report identified strong religious pressure as the reason for the varying quality of sex education in many schools. Religious organizations are also becoming increasingly involved in teaching children about sexuality. 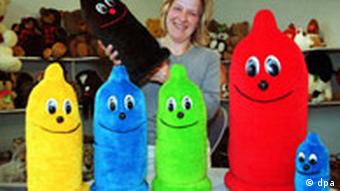 Sex education is not mandatory across Europe -- with opting out possible in the United Kingdom, Italy, Spain, Poland, Bulgaria and Cyprus. The report, which included 26 European countries and was co-authored by the WHO, the International Planned Parenthood Federation's European network and Sweden's Lund University, argues in favor of better provision.

"Accurate and scientifically validated information for young people about the prevention of disease and unwanted pregnancy enables them to make informed choices and protect their health, but does not hasten the onset of sexual activity," it said.

The report, which illustrates the main trends in the field of sex education, said the average age at which teenagers start to have sex ranges from 15.7 in Iceland to 18 in Slovakia.

"We Are All Equally Responsible for Containing This Disease"

Dr. Luis Carlos Escobar Pinzon is nearing his first anniversary at the head of German umbrella group Deutsche Aidshilfe (DAH). On World AIDS day, DW asked him about the issues facing his organization. (01.12.2006)

How can I tell him I want more? Why doesn't she like me? What is a condom? Generations of confused German teenagers have turned to Dr. Sommer for honesty -- and explicit photos. (25.08.2006)