Mexican authorities discovered six human heads and a threatening note from one cartel to another during the holidays, prosecutors said. Elsewhere, seven people, including three policemen, were killed on Christmas day. 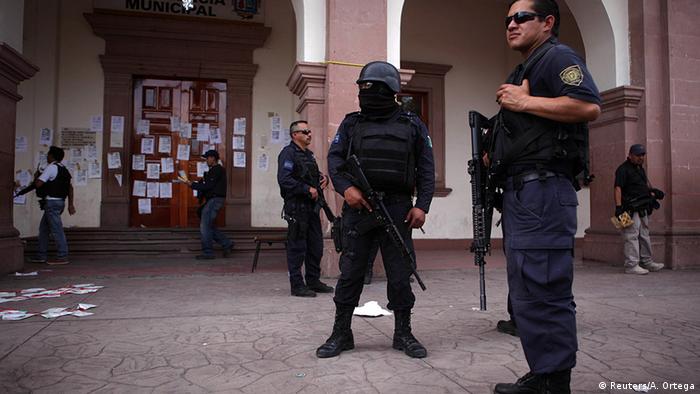 Drug-related violence claimed a number of lives in western Mexico, with gunmen attacking a family celebration in the southern state of Guerrero, authorities said on Sunday.

"The preliminary info indicates that the gunmen were after only one person as an act of revenge," but ended up killing all seven people in the house, he added.

Three of the victims were police officers. The casualties also included a man and a woman who were invited to the family's home in the village of Puente del Rey.

In the western state of Michoacan, authorities found six severed heads and a threatening message signed by the New Michoacan Family cartel. The heads were discovered near the borders with Jalisco state, where Jalisco New Generation Cartel (CJNG) operates.

Also, nine people were killed in the state of Chihuahua, which borders the US. The victims included three women whose bodies showed signs of torture and a man whose remains were found in an abandoned trunk.

Despite spending billions of dollars for its push against the drug cartels, Mexico has yet to get the violence under control. Thousands of police officers, soldiers, cartel members and civilians have lost their lives since the war started in 2006.