Several dead as India intensifies campaign against militants in Kashmir

Twenty people have been killed in Indian Kashmir during clashes between police and suspected militants, as well as during protests. Many civilians support a rebel campaign for independence or a merger with Pakistan. 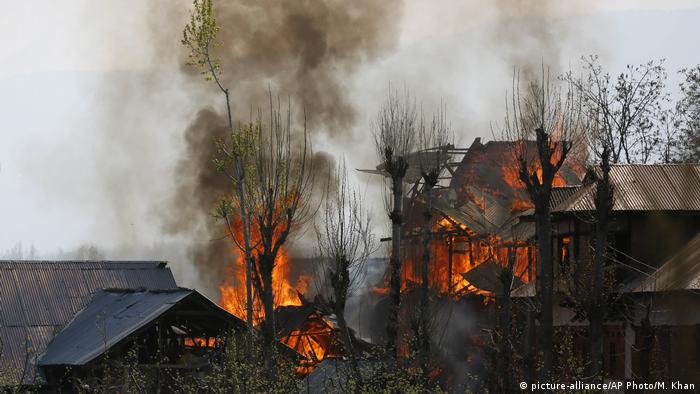 A total of three Indian soldiers and 13 rebels died in the worst day of violence so far this year as clashes erupted in several locations south of Srinagar, the main city of the region.

Much of the violence took place around the village of Dragad, where seven of the alleged militants were killed, along with two soldiers.

Four civilians were also killed and dozens injured when police opened fire on thousands of demonstrators who poured onto the streets of Kachdoora village in Shopian district, throwing stones and chanting slogans against Indian claim on the region.

Many protesters tried to march to the gun battle sites to help the trapped militants escape, and were confronted with tear gas and gunfire from Indian troops.

The new round of anti-India protests and clashes began as Indian troops launched counterinsurgency operations targeting mainly the southern parts of the disputed Himalayan region, where rebels have revived their violent challenge to New Delhi's rule. 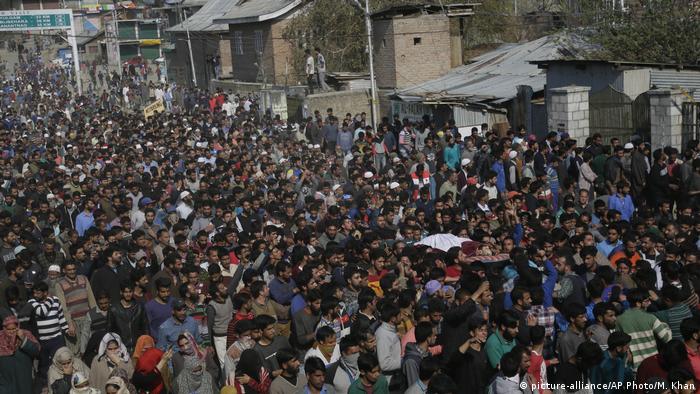 Protests also broke out in Srinagar, where all schools were ordered shut on Monday. Train services to south Kashmir were suspended as a precautionary measure.

Authorities cut mobile data services in the most restive towns, and reduced connection speeds in other parts of Kashmir to disrupt the communications of protest organizers.

Kashmir has been divided between nuclear-armed India and Pakistan since the end of British colonial rule in 1947, but both claim it in full.

Many civilians in Kashmir — India's only Muslim-majority state — support rebels who have been fighting for decades for independence or for a merger with Pakistan. Tens of thousands, mostly civilians, have died.

Indian Kashmir has heard a Catholic church ring its bell 50 years after it was silenced by protestors. Representatives of other faiths, including Muslims and Hindus, also celebrated the reactivation. (29.10.2017)