He may have been a diabolical political clown, but he was also a war criminal? The Hague Tribunal has acquitted Vojislav Seselj - but veteran Balkan-watcher Dusan Reljic isn't surprised. 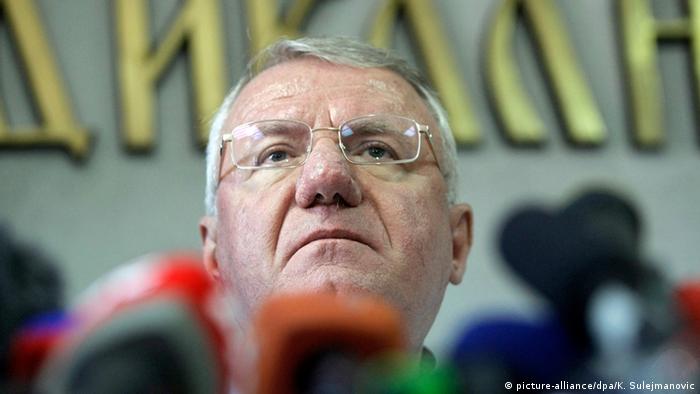 DW: Dr. Reljic, Vojislav Seselj faced a possible prison sentence of 28 years - but was acquitted. Do you understand why that happened?

Dusan Reljic: A lot has gone very wrong at the War Crimes Tribunal for the former Yugoslavia [ICTY] in the Hague, and not only in this trial. There were already several generals from Croatia and Serbia who were sentenced to 30 years in prison and then acquitted on appeal. That means this court has very often handed down judgments that had more to do with the discretion of individual judges than with a consistent, legally sound principle.

In the case of Vojislav Seselj, many critics were convinced from the outset that the accusations were false. Anyone who lived in the former Yugoslavia back then and chose to pay attention inevitably saw Seselj for what he really was: a cruel political clown who poisoned the political atmosphere with his blunt slogans and who propagandized with truly unique brutality against his political opponents and entire ethnicities. 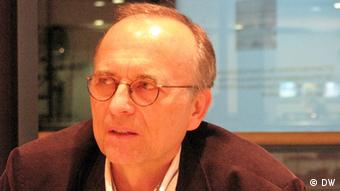 But the idea that this political clown had any say in the actual conduct of the war is absurd. Even then, it was quite clear that he had been a mere puppet in the hands of those in power - and in this case specifically in the hands of Slobodan Milosevic.

Domestically, this acquittal is political dynamite, coming as it does in the middle of an election campaign. Serbia holds a first round of elections on April 24. If he is a man of the past, how much support does Seselj still have among Serbs? Could this judgment galvanize it?

All opinion polls give his party around 5 percent. That might be enough to get back into parliament. Seselj could be boosted by this judgment and he probably will get not 5, but 6 or 7 percent. If you think a little bit about who that will actually benefit, it is likely to be the current Serbian Prime Minister Aleksandar Vucic, who was a close associate, even a political protege of Seselj's 20 years ago.

That's because with a dangerous right-wing extremist like Seselj in parliament, with all his stupid ranting, Vucic can present himself as a guardian of democracy and the European idea. He will be more valuable to his political partners in Western Europe than he had been previously. In this sense, this judgment is more likely to benefit the political establishment in Belgrade than harm it.

So Seselj, with his nationalist slogans, is a man of yesterday. But his ongoing hate campaign against Croatia, for example, verges on the psychopathic. Who, sociologically, is still fighting these battles of the past alongside him?

In the former Yugoslavia - in Serbia, in Croatia, in Bosnia and Herzegovina - there are many, many people who would like to repeat the battles of the past. In recent years, particularly since the outbreak of the economic crisis - which had a much stronger effect in the peripheral countries - right-wing populism has become much stronger throughout former Yugoslavia than it was in the period after 2000, when liberal and democratic governments in Belgrade were in power.

Now, both in Belgrade and in Zagreb, we have governments that emerged directly under the mantle of the warmongers. They often use the same rhetoric and, mirroring each other, almost instinctively draw on a form of populism and use phrases that are not greatly different from what was heard before.

Serbia has been an EU candidate for exactly four years. The biggest stumbling block on the road to Brussels is the Kosovo issue. Recognition of the independence of the former Serbian province has long been considered taboo. What is conceivable?

I cannot imagine there will be a government in Belgrade in the foreseeable future that will recognize Kosovo. Serbia also does not feel a need to do so, because it is clear that the process of EU accession will take many years - not only because Belgrade, and the entire region, is moving very slowly with institutional reforms and economic growth, but because the European Union is not interested in expansion at the moment.

In this sense, firstly, there is no immediate pressure and, secondly, it is also the case that Kosovo is not recognized by five EU states and two very important members of the UN Security Council. The question of Kosovo's statehood is very far from being regularized and a lot of diplomatic skill will be necessary in the next few years to move the issue forward even a little bit.

Dr. Dusan Reljic is a longtime observer of the political life of Southeastern Europe. He works for the Science and Politics Foundation in Brussels.

The ICTY in the Hague has found Vojislav Seselj not guilty of all charges. The Serbian ultranationalist was accused of inciting the horrors of the 1991-95 wars in Croatia and Bosnia. (30.03.2016)

Seselj defies UN's order to return to The Hague

Serbian ultranationalist Vojislav Seselj says he will appeal under Serbian law to defy an order from the UN war crimes court that he return to The Hague. Seselj was allowed home last year for cancer treatment. (28.05.2015)

The international war crimes court in The Hague has revoked the release order of Serbian ultra-nationalist Vojislav Sesejl. The suspect had been released late last year so that he could seek medical treatment at home. (30.03.2015)