The ICTY in the Hague has found Vojislav Seselj not guilty of all charges. The Serbian ultranationalist was accused of inciting the horrors of the 1991-95 wars in Croatia and Bosnia. 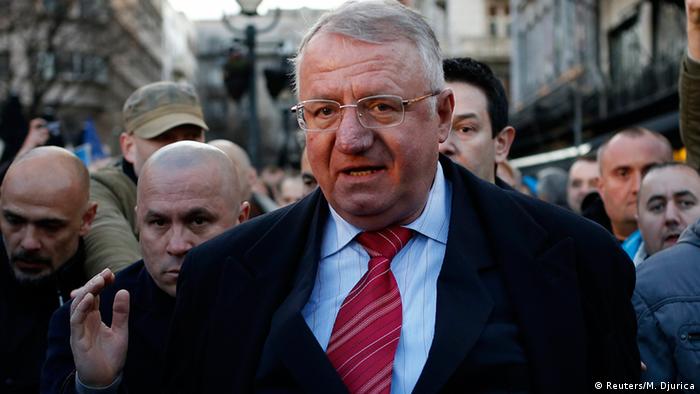 Vojislav Seselj was acquitted of all charges by the International Criminal Tribunal for the former Yugoslavia (ICTY) in The Hague on Thursday.

Prosecutors had accused Seselj of stoking murderous ethnic tension with his fiery rhetoric at the outset of the 1990s Balkan wars that followed the collapse of federal Yugoslavia into seven successor states - costing 130,000 lives in the process.

"With this acquittal on all the nine counts of the indictment the arrest warrant issued by the appeals chamber is rendered moot," presiding judge Jean-Claude Antonetti said on Thursday. "Vojislav Seselj is now a free man."

Seselj, who was released in November 2014 to receive cancer treatment after almost 12 years' imprisonment, was at home in Serbia at the time of the verdict. His provisional release had been repealed, however.

At the Thursday press conference in Belgrade, Seselj praised judges Jean-Claude Antonetti and Mandiaye Niangas as "honorable and honest."

Following many trials against "innocent Serbs," according to Seselj, the judges have "showed that professionalism, honor and dignity are above any political pressure."

"From a legal standpoint, they have reached the only possible verdict," he added. 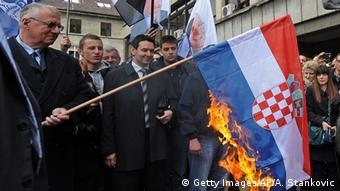 At the same time, Seselj said that his attitude towards the UN tribunal remains the same, and that he still viewed the court as "anti-Serbian."

In Sarajevo, head of the Alliance of Camp Survivors in Bosnia and Herzegovina Jasmin Meskovic said that the verdict was "unbelievable."

"The man who had his own units, logistics, who mobilized and directed people to go to war, who committed crimes - was pronounced not guilty," Meskovic said. "It is unbelievable."

An ultranationalist and Greater Serbia ideologue, Seselj voluntarily appeared before the Tribunal in 2003, after the ICTY brought charges against him.

After returning to Serbia in 2014, he once again began disseminating his nationalist slogans - and suffered no political consequences for his actions. Although Seselj considers Serbian President Tomislav Nikolic and Prime Minister Aleksandar Vucic to be "traitors," he has largely spared them in his criticism. Though both were close confidants in his Serbian Radical Party (SRS) in the 1990s, they unexpectedly left to form the pro-European, Serbian Progressive Party (SNS) in 2008. 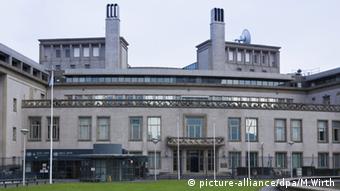 The International Criminal Tribunal for the former Yugoslavia in The Hague

Though Seselj made headlines after returning to Serbia, only a few extremely radical nationalists were enthusiastic about his theatrics - such as his tirades against Croatians, or his public burning of EU-, Nato- and Croatian flags.

"What has gone on over the last 12 months has been more circus than serious politics," as Aleksandar Popov, director of the Center for Regionalism in Novi Sad, Serbia, told DW.

"The only thing that Seselj can do is help his Radical Party clear the five-percent hurdle required to win seats in parliament. If the nationalist Democratic Party of Serbia (DSS) can do the same, there will then be two political groups in parliament fighting against the European integration of Belgrade - and for closer cooperation with Russia," Popov said.

New elections along the way to joining the EU

In early March, President Nikolic dissolved parliament and announced that early elections would be held on April 24 - two years before the end of the legislative period. Elections, he said, were necessary for the completion of reforms. Aleksandar Vucic's government wants another four-year mandate in order to "guarantee a European standard of living."

The economically challenged country has been an official candidate for EU membership since March 2012. The Kosovo conflict has long hindered accession talks. The first two chapters of membership negotiations were not officially opened until December of last year.

To this day, Serbia has refused to recognize the independence of its Kosovo province, but now - under pressure from Brussels - it seeks to normalize relations with Kosovo.

The Yugoslav war crimes court has unveiled arrest warrants for two lawyers and an associate of the Serbian nationalist Vojislav Seselj. The suspects allegedly bribed and intimidated witnesses during the Seselj trial. (01.12.2015)