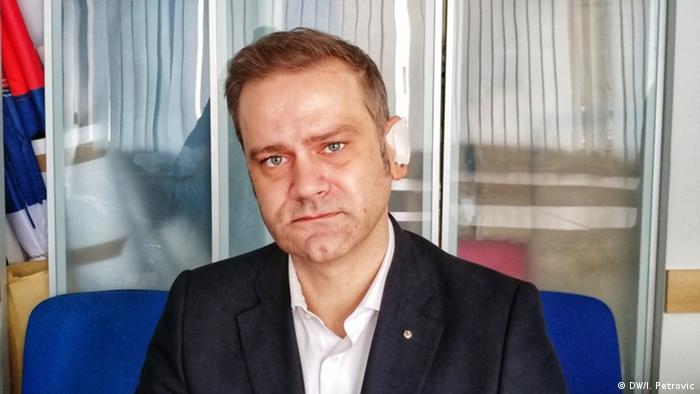 Borko Stefanovic: 'These are the features of fascism'

On November 23,the  prominent Serbian opposition figure Borko Stefanovic was scheduled to participate in a debate in the city of Krusevac. But when the leader of the Serbian Left party arrived at the venue, a group of seven men — all wearing black and some with their faces concealed — brutally attacked him. He was hit on the head with an iron rod, and lost consciousness. Yet the men continued savagely beating Stefanovic, and also set upon two party members who came to his aid.

Several hours after the beating, powerful Serbian President Aleksandar Vucic expressed satisfaction with the police for managing to swiftly arrest two attackers and for pursuing a third man. Vucic deplored the "incident," and stressed that Serbia honors the rule of law and that "nobody can get away with beating someone."

The Alliance for Serbia – a coalition of various opposition groups and parties including Stefanovic's Serbian Left party – has lambasted Vucic's expression of sympathy as sheer hypocrisy. A statement published by the coalition just after the beating states that "the attack is the result of President Aleksandar Vucic's ongoing smear campaign against his political enemies." It also accused the president of "usurping almost the entire media landscape which means that anyone who dares to voice a dissenting opinion is singled out as an enemy." The coalition continued to say that "hate speech has given way to physical violence."

The attack on Stefanovic is not an isolated incident. During last December's local elections, intimidation tactics were used on several opposition candidates and voters, in small towns in particular. Groups of thugs, traveling in unmarked black cars, disrupted their campaign events. And in February this year, an information event hosted by two small opposition parties was attacked, and their property destroyed in a Belgrade suburb. Opposition politicians experienced similar harassment in the northern city of Novi Sad in September. In none of the cases were the perpetrators ever identified or caught.

"This is a new level of animosity in our society, which has been polarized by the regime," Stefanovic tells DW. "Vucic's regime has created an atmosphere where mob rule, persecution and physical violence have become ubiquitous." Stefanovic believes he was deliberately targeted. "The prevailing atmosphere makes it seem natural that anyone who has a dissenting opinion should be silenced, and now there is physical violence, too. These are the distinct features of fascism." 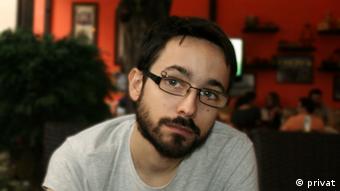 Hajric: 'The attacks are deliberate and premeditated'

Belgrade sociologist Dario Hajric argues that a sense of fear and powerlessness pervades Serbian society today. He emphasizes that acts of violence do not occur randomly, but that they are instead deliberately used for a specific purpose. "Stefanovic and his companion were not coincidentally beaten up by an unpredictable mob; the attack was premeditated," he said.

Hajric does not think the ongoing smear campaign by Serbia's mainstream media against the opposition is primarily designed to create an atmosphere conducive to violence. Instead, he believes that it "serves to distract the public when gangs of thugs are sent out to demonstrate who is in charge in the country."

Many observers liken present-day Serbia to that of the 1990s, when Slobodan Milosevic ruled the country in a similar fashion to Vucic now. Then, like now, media plurality was lacking and political violence the norm. The opposition was accused of acting like traitors who collude with Serbia's enemies.

Borko Stefanovic says that "we are now in a phase were people think it is legitimate to attack an opposition figure, even physically." He adds that the media has manipulated the Serbian people to see the opposition like worthless cockroaches. Which is why, in his opinion, his blood-soaked shirt from the beating on November 23 is Serbia's true national flag. 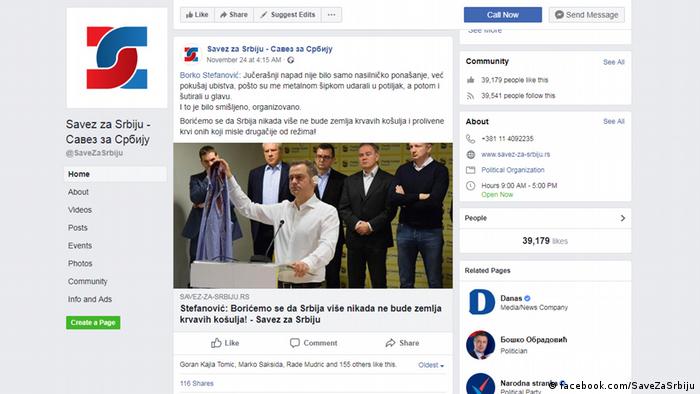 Police in Kosovo have arrested three men over the murder of the Serb politician Oliver Ivanovic. As a moderate, Ivanovic had been considered capable of building bridges between ethnic Albanians and Serbs. (23.11.2018)

The presidents of Serbia and Kosovo have met in Brussels but again failed to agree on details to normalize relations. Both countries have been told they must push for normalcy for a chance to join the European Union. (09.11.2018)