Serbia: The land of guns

Serbia's citizens are stockpiling more guns than in any other European country. Most come from the Yugoslav wars of the 1990s and are still used to commit crimes today. 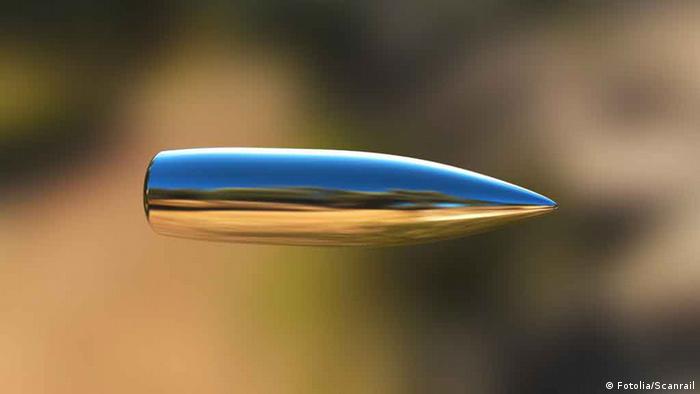 "What do you mean, 'Where did I get the gun?'" Mladen can't really understand why I would ask that question. He is almost 30 and the pistol has been among the household effects of his Belgrade apartment since he can remember. It is an old Yugoslavian version of the famous Soviet Tokarev TT-33, with a communist star engraved in the grip. "The pistol is from the front. My old man was in the army and got it as a present. He didn't have a gun permit, but who had something like that in the 1990s? Those were hard times, you always had to carry something for protection," explains Mladen, who doesn't want to read his real name in the news.

No one knows just how many illegal weapons Serbians are hiding in their homes. Even authorities give vague estimates, ranging anywhere from 200,000 to 900,000. Experts suggest that those numbers are conservative. The weapons concerned are handguns, assault rifles, bombs - even anti-tank grenades. Add to that another 1 million legally registered sport and hunting firearms, as well as yet another 1 million weapons in the hands of the army, police and private security companies. The internet portal gunpolicy.org estimates that the United States is the only country in the world that has more guns per capita than Serbia.

Most of the weapons are leftovers from the bloody wars that raged in the 1990s after the fall of Yugoslavia - in Slovenia, Croatia, Bosnia and Kosovo. Not even the regular armies bothered to bureaucratically administer the inventories of their arsenals back then. When violence erupted, mercenaries and those with a desire to fight arrived on the scene, and no questions were asked. After the wars, some 4 million illegal guns were said to have remained in circulation in the seven republics of the former Yugoslavia - most of them in Serbia. 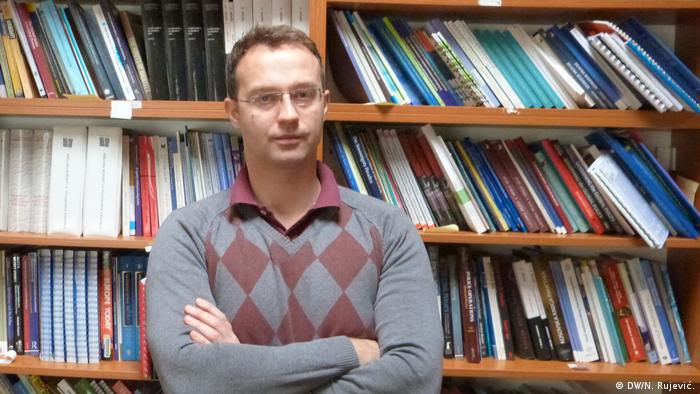 Petrovic says guns are thought of 'as a sign of power'

"There is a long-established gun culture here," says Predrag Petrovic from the Belgrade Center for Security Policy (BCSP), a Serbian NGO. "One sees it at celebrations, where people regularly shoot into the air. Guns are still thought of as status symbols, as a sign of power." The instability of the region has fueled the feeling that one need be able to defend oneself, he told DW. Petrovic also criticizes ruling conservatives in the Balkans, whom he says have been promoting a "delusion of persecution" - spreading rumors of suspected foreign agents or the threat of government overthrow in order to mobilize their voters. "That all scares people," he says.

'Do you want an unarmed citizenry?'

A poll conducted by another Belgrade NGO, the Public Policy Research Center, found that 70 percent of Serbs in fact felt safe in their homeland. Not because they believed the country's institutions or security apparatus would protect them, but because they felt that they themselves, neighbors or friends could. "Of course people should be able to have guns, too bad we can't have more of them. Do you want an unarmed and defenseless citizenry, so you can do whatever you want with them?" read a recent comment from a reader at DW's Serbian Facebook page. Hundreds more comments were of a similar opinion.

Yet the news tells a different story: One searches in vain to find examples of people successfully fending off attackers or stopping crimes with handguns. Rather, one sees daily tabloid headlines and lots of stories about murders and occasional shooting sprees. In July, an incident in the northern Serbian village of Zitiste shocked the nation: A jealous husband killed his ex-wife and four others in a bar, injuring another 22 people in the process. Had he not had an illegal firearm at home, the night certainly would not have been so gruesome. But he did - and that firearm was an AK-47 assault rifle. 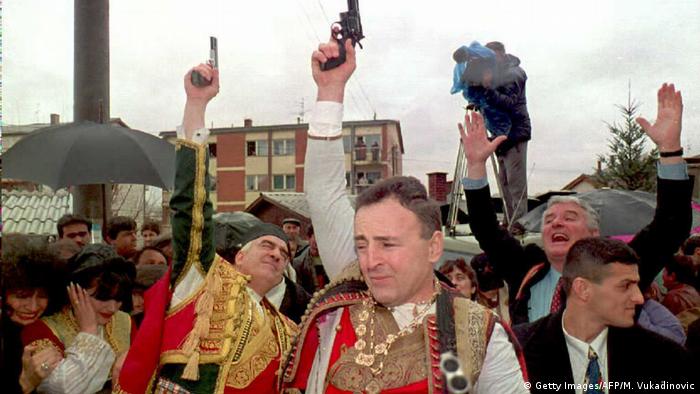 The Public Policy Research Center used media reports to study 400 cases of firearms misuse in Serbia. It found that illegal firearms had been used in 120 cases - six times as many as legal firearms. In other instances, researchers could not determine whether the shooter had a firearms license. "Owning a gun isn't a problem in and of itself. But guns are also used to deal with everyday disagreements," says Petrovic.

The black market is booming, too. Although a pistol may sell for as little as 100 euros ($105) in Serbia, it can bring a handsome profit if it is "exported." Several old M72 machine guns, produced by the Serbian manufacturer Zastava, were used in the Paris terror attacks in November 2015. Similar weapons can often be seen in current images from Syria - in the hands of jihadis, rebels or guerillas.

There have been no less than seven government initiatives to legalize guns in Serbia since 1992. In them, the state proposes a deal for its citizens: Bring in your weapons, and we won't ask where they came from. So far, success has been modest - in all, some 100,000 illegal weapons have been turned over or legalized; 83,000 of those in 2003 alone. Back then police started a major campaign against organized crime following the assassination of Prime Minister Zoran Dindic. Yet, since that time it seems that Serbian citizens have felt little reason to turn over any more illegal firearms. 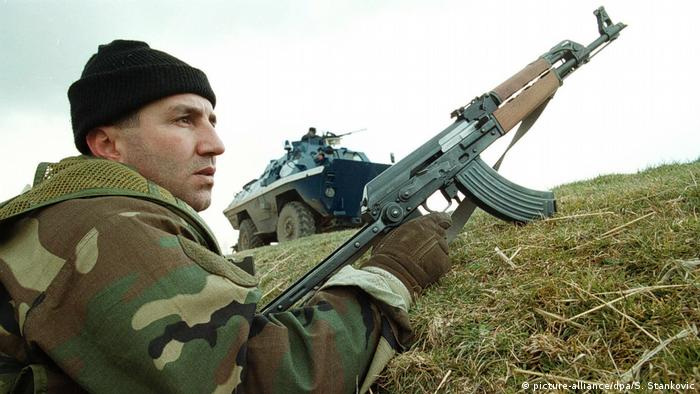 Predrag Petrovic points to the example of the US, where several cities and states even offer cash in exchange for weapons. Yet that has had little effect, because "those who hoard guns in order to use them at some point down the road won't turn them over under any circumstances." Petrovic says that more effort should be put into making sure that guns aren't circulated illegally in the first place. But, he adds pessimistically, "it's far too late for that as far as the military weapons are concerned."

Mladen, the young man whose father brought home that handgun, no longer finds the pistol all that interesting. Gone are the days when he used to show it off in front of his schoolmates. Meanwhile, the gun has been legalized and is stored in a safe, like an old trophy. "But for me it still represents security," he says. "There are a lot of burglars in Belgrade. We haven't tried it out yet, but I'm sure this thing will work for the next 500 years."

The anti-government Reichsbürger movement is growing in Germany. After the fatal shooting of a police officer in October, the justice minister is calling for stricter laws to stop extremists from acquiring weapons. (28.11.2016)

The EU's 28 member states have reached agreement for stricter gun rules, which will see some firearms banned altogether. But Europe's leaders stopped short of prohibiting Kalishnikovs. (20.12.2016)