Angela Merkel's Christian Democratic Union is among the parties diluting the EU's new gun control law, devised in the aftermath of the 2015 Paris terrorist attacks. Semi-automatic weapons are likely to remain legal. 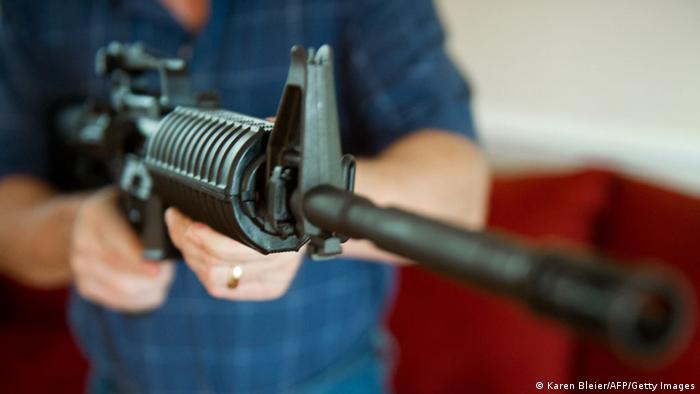 The European Commission's attempts to ban the most dangerous semi-automatic weapons, such as AK-47 assault rifles, are being watered down thanks to pressure from a pan-European alliance of gun associations, according to documents leaked to "Der Spiegel" magazine.

The Commission's proposal, drawn up in the wake of last year's terrorist attacks at the Charlie Hebdo offices in Paris, is due to be finalized over the coming weeks by the European Parliament, the Commission, and the European Council. But France, Italy, and some Eastern European states are against re-categorizing semi-automatic guns from "license required" to "banned," according to "Der Spiegel."

Similarly, the proposed limit on the number of rounds allowed in a semi-automatic magazine was raised from six to 21 when the draft was revised in April, the magazine reported.

Major European gun-makers like Germany's Sig Sauer and Heckler & Koch (who did not respond to a DW request for comment), Austria's Glock, and Italy's Beretta, are all said to be involved in lobbying parliamentarians to water down the proposals, as are gun clubs in various countries. 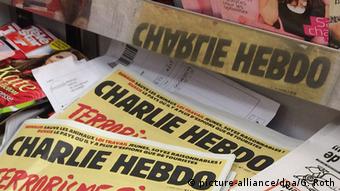 They appear to have been successful: among political parties apparently won over by the gun lobby is Germany's governing conservative Christian Democratic Union (CDU), one of whose European parliamentarians, Hermann Winkler, wrote to the German Shooting and Archery Federation (DSB) in June this year to reassure them that "legal gun-owners would not be punished for their social engagement by the directive."

Asked to respond by DW, the EU Commission would not condemn the lobbying directly, but urged legislators to pass the proposal quickly "and support the Commission's high level of ambition ... in particular with regard to the assault weapons ban."

The proposal is "imperative" for "ensuring the security of our citizens," industry policy spokesperson Lucia Caudet told DW in an email. "Once agreed, our proposal will make it harder to acquire firearms in the European Union, allow better tracking of legally held firearms, thus reducing the risk of diversion into illegal markets, and strengthen cooperation between Member States."

But pro-gun associations, such as the DSB and the Austrian IWÖ, argue that new regulation will only burden legal gun-owners and do nothing to hinder terrorists, who buy their guns on the black market anyway.

And CDU politicians agree with them. "From our point of view, the biggest problem in the spread of weapons is the still-uncontrollable spread of illegal weapons," CDU MEP Andreas Schwab told DW. "And the Commission hasn't made any suggestions on that. The idea that we can ban all the semi-automatic weapons and the world would be a better place, that's not an idea that's close to reality."

But as far as German peace activist Jürgen Grässlin is concerned, this oversimplifies the problem. "If you look at different shootings, they always get their guns from completely different sources," he told DW.

The Islamist attackers in Paris, both at the Charlie Hebdo offices in January 2015 and later in November that year, did indeed get their assault rifles on the black market. But Anders Breivik, the far-right extremist who killed 77 people in Norway in 2011, had a gun license and bought a semi-automatic rifle and a handgun legally.

Germany has comparatively tight gun laws, in part because of restrictions brought in following school shootings in Erfurt in 2002 and Winnenden in 2009 - in both cases, the guns used were licensed and used in sports clubs. "Sports shooters, who have the necessary technical knowledge and reliability, they now have to make sure that only they have access to them," Schwab explained. "That's why we tightened the storage responsibilities." 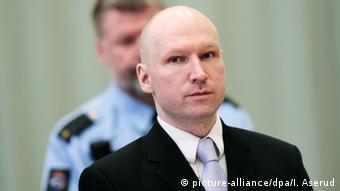 But regulations could still be tightened further - for instance, by not allowing ammunition to be stored in private homes, or by introducing biometrically secured "smart" guns, which can only be unlocked with the thumbprint of their legal owners.

"But these are only measures that treat the symptoms, not the root of the problem," said Grässlin. "There's this unbelievably phony pseudo-concern that breaks out after every shooting. The politicians say, 'Right, now we're going to tighten the laws.' ... And then a few months go by ... It's been a year since the massacre in Paris and the politicians have turned to other issues, and suddenly they're open to the pressure from the gun associations and shooting clubs."

Schwab was loathed to accept that the gun associations had "lobbied" him. "The sports clubs explained that they want to practice their sports and accepted the regulations about the storage of weapons," he said. "For us it was important that the clubs that look after their weapons carefully don't fall under a general suspicion."

"There's no doubt that the approach taken by the EU Commission was going in the right direction," said Grässlin. "But if the pressure of the 'weapons lobby,' ... is suddenly brought to bear, then we have a comparable situation to the one in the US, where the National Rifle Association defines what politics can do. And that's unacceptable, when you see what's going on around the world with school-shootings and terrorism."