Serbia and Kosovo have reportedly agreed to end a standoff at their border that was ignited by a dispute over license plates. 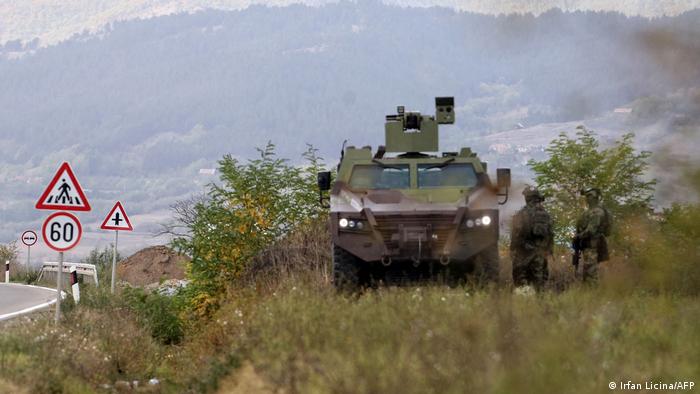 Serbia and Kosovo have reached an agreement on ending a standoff at their border, the EU's special representative for the two countries said on Thursday.

"We have a deal! After two days of intense negotiations, an agreement on de-escalation and the way forward has just been reached", Miroslav Lajcak tweeted.

The dispute saw Kosovo deploy special police units to force cars with Serbian license plates entering the country to remove them, saying a 10-year-old deal had expired. Angry Kosovo Serbs then used trucks to block the border, allowing people to pass over it only on foot.

Serbian military planes flew near the border in an apparent show of force.

The tensions between the two countries have been the worst in a decade.

What was behind the license plate dispute?

Serbia does not recognize Kosovo or its license plates. It has required drivers from Kosovo to remove them and purchase temporary ones while driving through Serbia.

In its recent move, Kosovo opted to impose a similar measure, demanding that Serbian drivers in Kosovo pay €5 ($5.85) for a temporary license plate good in Kosovo for two months.

What does the deal involve?

Under the agreement, mediated by the European Union, Kosovo has said it will remove the special police units by Saturday.

Local Serbs have agreed to take down the barricades they have erected. NATO-led peacekeepers from the KFOR mission will patrol the border for two weeks.

A temporary solution for the number of license plates is also to be put in place until agreement is reached on a permanent compromise.