Tensions in the Serb-majority northern part of Kosovo are rising ahead of a deadline to set up an association of Serb municipalities in the region. Serbia's president has told compatriots "peace is in our best interest." 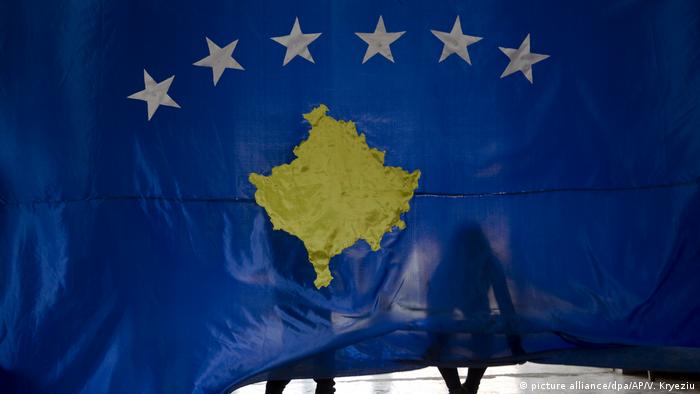 In an open letter to Serbs in Kosovo, Serbian President Aleksandar Vucic has said Pristina will "not lift a finger" to establish the agreed-upon Community of Serb Municipalities in Kosovo.

The association is designed to give Serb-majority municipalities in Kosovo limited autonomous powers. The plan resulted from the European Union's 2013 Brussels Agreement, which is intended to normalize relations between Serbia and Kosovo, but the proposal has been on hold since then.

Saturday is the deadline by which the Kosovo government is supposed to finish the first draft of the statute for the association. Pristina has insisted the deadline will be met, but Vucic expressed doubt.

"All the warnings and suspicions that I have been expressing the whole time are being confirmed and are coming true," Vucic said in the letter, a translation of which was provided by Serbian broadcaster b92. "Pristina will not lift a finger… to form the Community of Serb Municipalities."

Vucic also accused unnamed individuals of using threats and spreading rumors to instill fear and unrest, warning Serbs in Kosovo not to "react on provocations."

"Peace is our greatest interest," his letter read. "Serbia is ready… to fulfill its commitment to you and protect your lives and peace, if necessary." 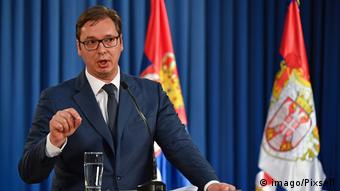 Vucic: 'We will be committed to providing [Serbs] security and a future using political methods'

Earlier Friday, Vucic called an extraordinary session of Serbia's National Security Council for Saturday over allegations that Kosovo authorities might try to take over the Gazivode hydropower plant or other infrastructure that serve the Serb majority municipalities, according to Balkan Insight.

"Nobody has the right to take unilateral action," Haradinaj said at a press conference, adding that "breaching the laws of Kosovo will not be tolerated."

Kosovo, which has an ethnic Albanian majority, declared its independence from Serbia in 2008, though Belgrade continues to reject it. In 2013, a consensus was reached by the two countries on "normalizing relations" under the auspices of the Brussels Agreement.

Serbia agreed to give Kosovo judicial and administrative freedoms, which Kosovo hailed as recognition of its sovereignty. In exchange, Kosovo agreed to give certain autonomous powers to an association of 10 Serb-majority municipalities in the north.

However, in 2015, the Constitutional Court of Kosovo proclaimed parts of the 2013 agreement unconstitutional. Albanian communities in southern Serbia have objected to the association proposal, saying an autonomous Serb region within Kosovo would cripple the country's sovereignty.

On Thursday, Kosovo's President Hashim Thaci said "Kosovo's border with Serbia needs to be redefined, or corrected," in an interview with VOA's Albanian Service.

"In the process of our future dialogue with Belgrade, we will work together with the international community to define the Kosovo-Serbia border," he said. "I want to emphasize that Kosovo will not be divided; I want to forcefully stress it. Belgrade cannot bring to the table the division of Kosovo, a thing that they have asked for in the past."

Both Serbia and Kosovo have ambitions of joining the European Union. Croatia and Slovenia are the only former Yugoslav states in the bloc.

An armed conflict between Serbia and Kosovo is possible if their EU perspectives fade, a group of Balkan experts has said. But there are other more positive outcomes to ties between Belgrade and Pristina. (13.04.2018)