Scottish teens to cast symbolic vote | Europe| News and current affairs from around the continent | DW | 25.10.2012

Scotland will cast its independence vote in 2014 and, for the first time, 16-year-olds will head to the polls. Though they're unlikely to swing the vote, Europe will be listening closely to what they have to say. 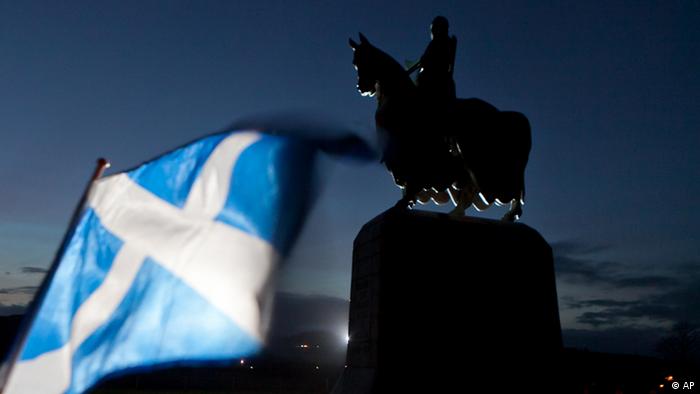 To some young people in the United Kingdom, the harrumphing going on around them is almost unbearable. Parents, professors, grandparents, and politicians across the generations are voicing their concern: The sky may fall when 16- and 17-year-olds in Scotland are allowed to cast a ballot in the 2014 Scottish independence vote.

"If the franchise is to be extended, is it not inevitable not least that it will bring politics into our schools?" a worried Lord Forsyth asked in the British Parliament's House of Lords earlier this month.

The harrumphing extends through various age groups right on down to 16- and 17-year-olds around the UK. Imagine if this idea pushed beyond the Scottish ballot on this single vote into every ballot - then into England and across the Channel? 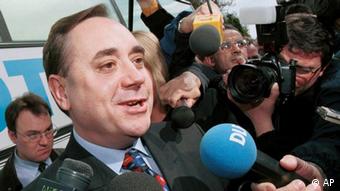 Wait, says 16-year-old Tabitha Carey of London. We're not quite ready yet.

"I feel it should become a bigger part of the curriculum," said Carey, "before we allow school children (...) to have the choice to vote when they really don't often know who are in these parties and what these parties are saying."

The Scottish National Party has pushed for the independence vote for years. And when the SNP came to power in Scotland's Parliament, First Minister Alex Salmond included the right of 16- and 17-year-old Scots to vote as part of his negotiation for that vote.

"It's about the future," said Salmond in January, "And I would've thought pretty obviously those with the largest stake in the future are the younger members."

Critics said Salmond was pandering to his constituents and adding a bargaining chip that he didn't really expect to win. But earlier this month, when he and British Prime Minister David Cameron announced they'd come to terms on the Scottish vote for independence, that chip was still on the table and one of the most controversial aspects of the agreement to stage a vote.

Do youth even care?

You may find this hard to believe, Grant Costello, chair of the Scottish Youth Parliament, recently told an older crowd in a speech, but young Scots do have opinions. 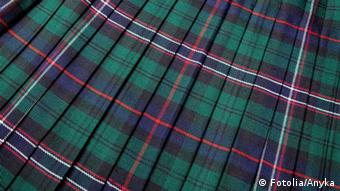 Do the youth identify themselves more as Scots, Brits or Europeans?

"Young people in a different way have opinions, and in a different way express their opinions: mainly through our actions," Costello said. He has been pushing to lower the voting age in Scotland for a significant part of his life.

But people in that age group are unlikely to act, says Inaki Sagarzazu, a lecturer in comparative politics at the University of Glasgow. He has studied other countries, particularly in Latin America, where the voting age has been extended to 16-year-olds.

"There's clear evidence that younger people do not vote at the same rate that more adults vote," said Sagarzazu, who adds that if one reason to give the vote to 16-year-olds is their significant civic engagement, it hasn't worked in places like Ecuador and Nicaragua.

The point is the chance to participate, not the level of participation, says Rhammel Afflick of the British Youth Council.

"If, for example, we were having trouble getting women to vote," argued Afflick, "we wouldn't suddenly take away their vote because they're disengaged from politics." 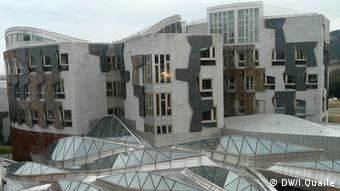 Parliament in Edingburgh: The vote will show how politically interested Scotland's youth are

In Austria, where the voting age was lowered five years ago, 16- and 17-year-olds do participate and many remain engaged, at least according to early statistics. University of Vienna researcher Eva Zeglovits studies whether the newly-enfranchised young voters have the interest, the maturity, and political knowledge to participate in a positive way.

"Young people are quite interested when they're eligible to vote in their elections," she said, "And we found that turnout was satisfyingly high."

In Scotland, which is not yet a sovereign country, no one is expecting 16- and 17- year-olds to swing the final tally either toward or against independence. Many will be listening closely, though, to what young Scottish voters have to say as they enter one aspect of adulthood well ahead of most of their counterparts around the world.

Scotland goes from nuclear to wind and waves

The sparsely populated region of Caithness in northern Scotland once relied heavily on the development of nuclear energy for electric power and for job creation. Now wind and wave energy are set to take over. (19.10.2012)

To each his own

Scots, Basques and Catalans all want their own states; in Belgium, the Flemish and the Walloons may split. The drive for independence across the continent is a centrifugal counterforce to greater European integration. (16.10.2012)