First Minister Nicola Sturgeon has clashed with UK leader Theresa May over Scotland's role in the Brexit negotiations. Britain faces a constitutional challenge with its devolved nations as it prepares to leave the EU. 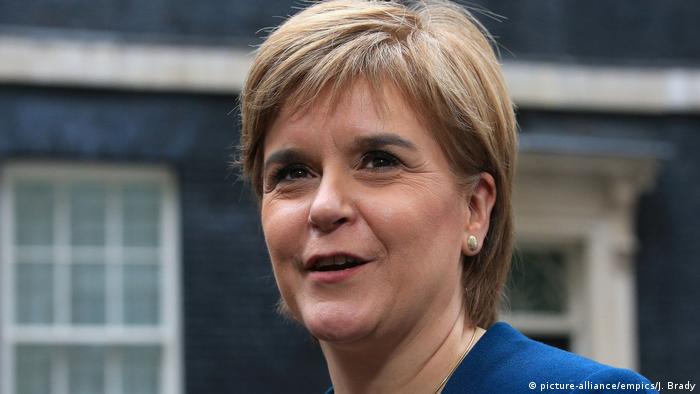 "I don't know any more about the Brexit negotiations than I did when I went in," the leader told television reporters following the talks in Downing Street.

Sturgeon had complained about talk of a so-called "hard Brexit," where Britain would seek to control immigration into the country, even if it meant losing unfettered access to the EU's single market.

The Scottish leader has instead called for a more "flexible Brexit" that would allow Scotland to retain access to the EU free trade bloc.

But that was dismissed Monday by May, who insisted that Britain must present a "single UK position" when negotiations with Brussels begin next year.

Instead, London will set up a committee to ensure thorough input from its three devolved nations over the UK's future relationship with Europe.

British voters decided by a narrow majority of 51.9 percent to leave, with 48.1 to remain in the EU on June 23, 2016. Turnout was 72 percent. London with 59 per cent, Scotland with 62 percent and Northern Ireland with 55 percent were the only areas that voted to remain in the EU in the referendum. 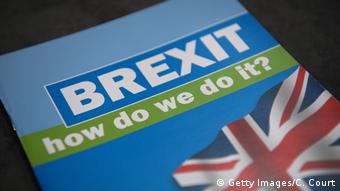 In June, Britons voted by 52 to 48 percent to leave the EU

But Sturgeon warned May in a television interview: "the consequences of a hard Brexit for Scotland would be very severe and I'm not prepared to stand back and let that happen."

Sturgeon has launched a draft bill on a second referendum on independence from London, after a similar vote failed in 2014.

May called Monday's meeting to discuss what part Scotland, Northern Ireland and Wales would play in the Brexit process - the years-long negotiations that will see the UK leave the EU.

May's spokeswoman told reporters that the prime minister had warned the other leaders not to undermine the negotiations by conducting their own talks with Brussels.  The government has said it will trigger Article 50, formally launching exit talks with the EU, by the end of March.

Experts have warned of the risk of a constitutional crisis if May does not take into account the position of each of the UK's four nations - including England - when conducting negotiations on the terms of Brexit.

As well as Scotland's concerns, there are also fears that Brexit could undermine a 1998 peace deal in Northern Ireland that could reinstate a hard border with the Republic of Ireland.

Welsh First Minister Carwyn Jones has called for votes in the regional assemblies as well as the Westminster parliament on the UK's negotiating position.

First Minister Nicola Sturgeon has unveiled plans for a second referendum on Scottish independence, saying Scotland should be able to make this choice "before the UK leaves the EU." Scots had voted to stay. (13.10.2016)

Big banks are said to be getting ready to move some operations away from London amid uncertainty over the Brexit. Meanwhile, a newspaper reported that the UK could threaten the EU with slashing corporation tax. (23.10.2016)

Brexit among many open questions from EU summit

British Prime Minister Theresa May said negotiations on leaving the EU would take time at her first summit in Brussels. Pressing concerns such as Syria and a failing free trade deal with Canada stole much of her thunder. (21.10.2016)

In Northern Ireland, a diverse group of politicians and activists have launched a legal challenge to the UK leaving the EU. Peter Geoghegan reports. (08.10.2016)