School′s out? Teachers in England blast unsafe reopening plans | Europe| News and current affairs from around the continent | DW | 01.06.2020 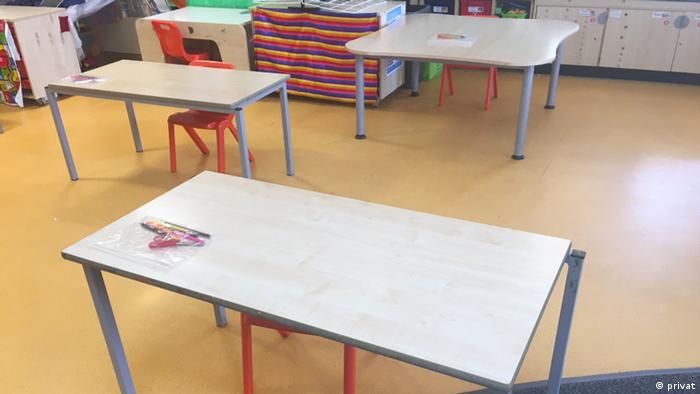 As things stand, some primary schools in England are set to reopen on June 1, despite teaching staff voicing concerns over the safety of their working conditions and the protection of pupils.

According to the Office of National Statistics, the number of coronavirus-related deaths in England and Wales have now passed 40,000, the worst fatality rate in Europe.

Schools in Northern Ireland and Wales are remaining closed until the new term while those in Scotland will reopen on August 11. Private schools, including Eton, have opted to remain closed until September.

Teachers and their unions have spent weeks battling the government's decision, arguing that they lack the infrastructure and clear guidelines to safely welcome students back.

"The bottom line is that no teacher or child should be expected to return to school until it can be demonstrated that it is safe for them to do so," Roach's letter states.

"On the basis of the information and evidence available thus far, we remain unconvinced that wider reopening of schools from June 1 is appropriate or practicable," he added. 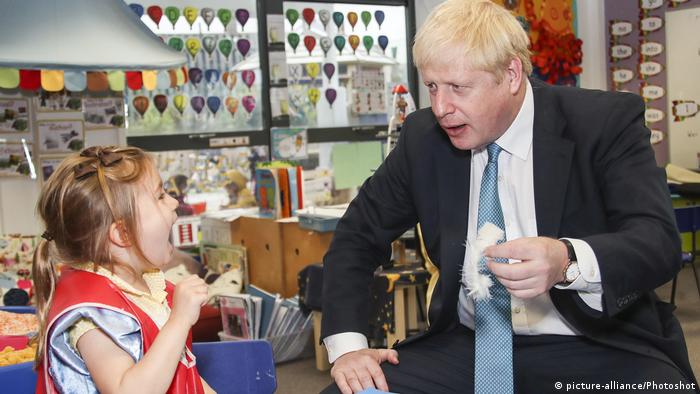 A survey of 29,000 teaching staff by NASWUT showed that 95% of teachers expressed concern and anxiety about the government's plans for the wider reopening of schools, 93% of teachers found the reopening plans confusing, 85% of teachers do not think it will be safe to return on June 1 and 92% of teachers believe that social distancing will not be possible to achieve or will present a major issue at schools.

The position of the teachers' union is backed by the British Medical Association (BMA), which said that the evidence regarding transmission via children was unclear and the risk of a second spike of infections too high.

"The view of the members of the Public Health Medicine Committee is completely aligned with the National Education Union that, until we have got case numbers much lower, we should not consider reopening schools," Chaand Nagpaul, BMA council chair said in the letter.

Under pressure and vilified

Teachers speaking to DW on condition of anonymity reported feeling vilified by the British press despite having continued to work to support the children of key workers through the pandemic. They said that the tabloid press's coverage of teachers made them feel unsafe to speak to the press and worried about becoming targets in public. The names of the teachers in this article have been changed at their request.

Sarah Fuller, a head teacher in England, said that the government's guidelines on social distancing were unworkable for small children. "Our youngest children need hugs and nurturing. How can we say this is for the children's benefit?" she asked.

"Staff are rightly afraid. No personal protective equipment, no concrete guidance, the advice from the Department of Education has changed dozens of times in the last week. I never thought my job would involve typing the words 'life or death' but that is what I have done this week," she said.

Fuller said that there was no sustainability in the plans for either spacing at school or staffing. "I have not slept for weeks and being asked to make decisions so far out of my field of expertise is ridiculous and dangerous."

Angela Mann, a teacher in an inner city state school in London, said "I think this has highlighted the way that teachers are viewed in this country. There is no respect. The media have portrayed teachers as lazy and not wanting to work."

"We're not lazy, we want to get back to work, but the narrative is pitting private against state, teachers against unions, unions against the government. The unions have quite rightly said the guidance on schools reopening isn't clear enough," she said, adding that government support for schools throughout the pandemic had been minimal. 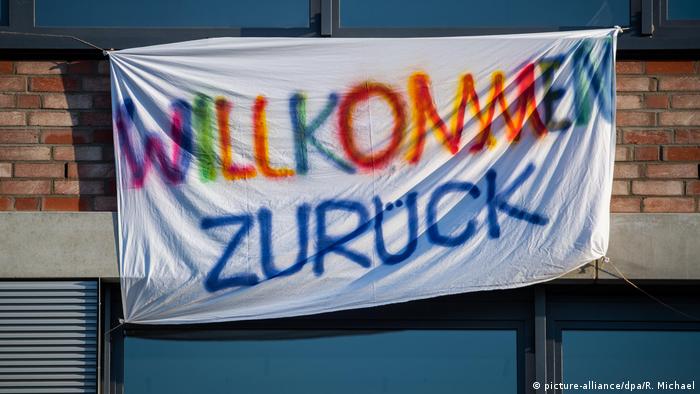 German schools have begun to welcome back some of their pupils

The government, meanwhile, says that it is following medical guidelines and European models regarding the reopening of schools. One of those is Denmark, which is employing the so-called protective bubble approach with no more than 15 children in a classroom and no cross-over with other pupils. In Germany, schools have gradually reopened with more to follow before the summer holidays. Here, too, schools are bringing pupils back in staggered shifts to ensure that the required 1.5 meters (4 feet) distance can be maintained between students.

Back in the classroom