German students fear COVID-19 as schools reopen in pandemic | Germany | News and in-depth reporting from Berlin and beyond | DW | 23.04.2020

In Germany, schools are already preparing for students to return. But some parents and children think that the authorities are being too hasty in easing coronavirus lockdowns. 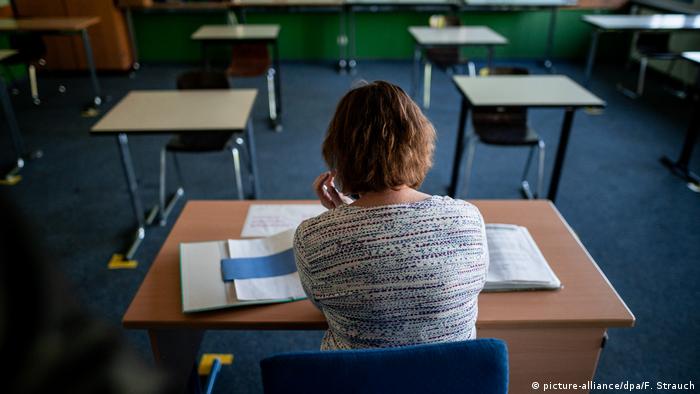 Germany's schools closed down in March as details of the coronavirus pandemic emerged. The federal government recently announced that they would probably reopen gradually from May 4. The idea was that students who had final exams this year would be the first to go back.

But some states have already reopened schools. One of those is North Rhine-Westphalia (NRW), one of the states with the most COVID-19 cases in Germany.

Fifteen-year-old Elea Marschollek was "totally shocked" when she found out that she had to go back to school on Thursday. She told DW that the "irresponsible" decision had so troubled her that she sent a message to NRW State Premier Armin Laschet via Instagram.

"We are the future voters," Marschollek wrote. "And we will not forget those who don't care about our health."

Marschollek is not so much worried about herself, but she fears contracting the virus and passing it on to someone else — like her brother, who's training to be a care worker for the elderly. "If I catch it at school and he brings it to an old people's home, it will be a complete disaster," she said.

Officials across Germany have drawn up guidelines that they believe will prevent the further spread of the novel coronavirus: 1.5-meter (5-foot) spacing between desks, facilities for washing hands and adequate supplies of disinfectant. Susanne Hauser, a law firm employee whose daughter is supposed to be graduating this year, has her doubts that these guidelines will really be put in place. 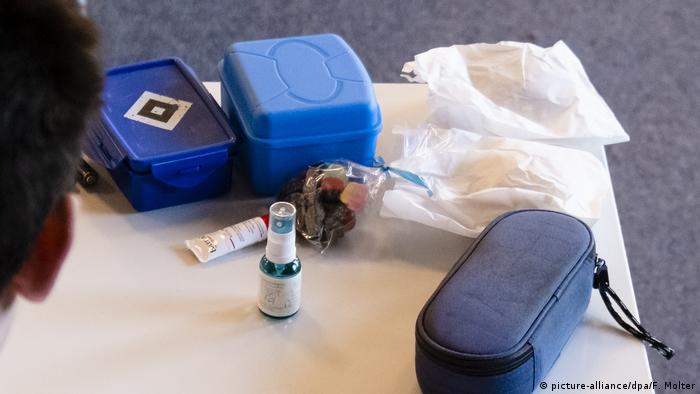 "I know what the toilets look like at my daughter's school," said Hauser, who is 53 years old and considered to be in a high-risk group for COVID-19 because she has asthma and emphysema. "She tries to avoid them as much as possible."

For the moment, graduating students in NRW have been told that they can choose whether to go to school or to prepare for their exams at home. But Hauser is annoyed that her daughter is being forced to make this decision: "She doesn't want to miss anything on the one hand; on the other, what's the point of her getting the final high-school certificate if she loses a parent?"

Hauser said she did not know why decisions that concern teens and children are being made so hastily after several weeks of lockdown. "All this time we stayed at home, and, all of sudden, they're saying that it's over?" she said. "That's a bit much!" Management consultant Ralf Radke, who volunteers as the head of a parent's association that brings together various schools in NRW, also told DW that the authorities seem to be rushing the return. He said he had been swamped by calls from parents who do not want to send their children to school since the decision was made to go ahead with final exams the association. "They are stunned and worried," he said. Radke discourages politicians from fixating on the exams: "If all goes well, they will be able to say that they maintained standards in difficult times."

But preparation for the exams will be time-consuming, Radke said, and students in lower grades would not benefit much from returning to schools. He doubts that there is the time for many valuable learning experiences before the summer break.

Some students have taken their call for a school boycott online — and attracted the support of thousands of their peers in the process. They are not only worried about contracting the virus, but also about being unprepared for the exams that they will be forced to sit in difficult conditions. Many think that they should be graded on the coursework that they have already completed and that students who want to go to school to improve their marks should be permitted to, but that it should not be compulsory. 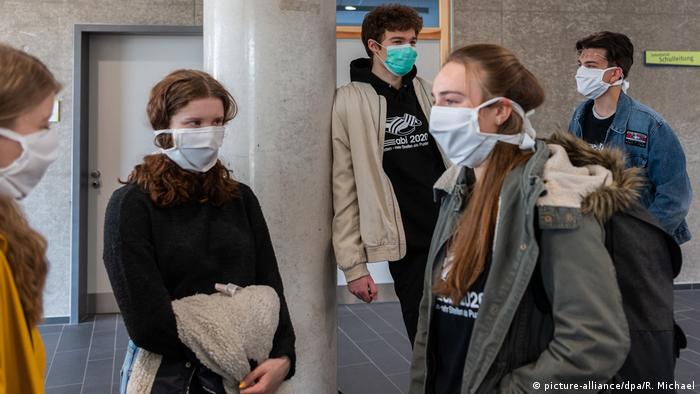 Students in Dresden returned to school wearing masks on Monday

Marschollek has not yet joined the boycott movement, but she is concerned that she will not be prepared for the exams and that that could jeopardize her future dreams of studying in Britain. For now, however, she's waiting to see how the immediate situation pans out and remaining angry about the authorities who are rushing teenagers into school before reopening other German institutions.

"I have the impression that they're experimenting with us students," Marschollek said. "But we're not guinea pigs."

Ramadan amid coronavirus: 'I pray that God makes it easy for us'