Schalke midfielder Kevin-Prince Boateng has complained to local police after being attacked in the street and slightly injured. Investigators are looking for witnesses who might have seen the incident in Kaarst. 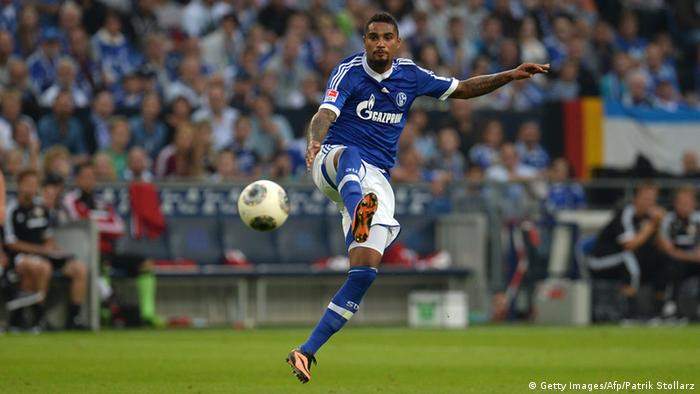 The local police force for Neuss, near Düsseldorf, confirmed to the local Rheinische Post newspaper on Thursday that it was Schalke's Kevin-Prince Boateng who was the victim of a Christmas Day assault in Kaarst. The incident was first announced in a police press release which named neither victim nor suspect.

"On Wednesday, 25.12.2013, at around 12:45, an incident of physical assault took place in Kaarst. A 26-year-old man, a resident of Meerbusch, was physically attacked on the street by a currently unidentified man," the police statement said.

After the attack in Kaarst, the police said that Schalke's 26-year-old midfielder returned home before calling them.

"There are indications that the motive for the crime is connected to the personal affairs of the 26-year-old," the police statement said. "The man was mildly injured. Criminal investigators have begun their work."

German mass-circulation paper Bild later reported on its website that Boateng was leaving the house of his ex-wife after visiting his young son at Christmas. According to Bild, Boateng was struck once by the assailant and fell onto a vase as a result. He later checked into a local hospital with bruising to his ribs, back and neck.

The police appealed for anyone who might have witnessed the apparent assault on Kaarst's "Lange Hecke" street to make contact.

Boateng, a Ghanaian international who grew up in Germany, joined Schalke late in the previous transfer window from AC Milan. He had previously played for rival club Borussia Dortmund. His half-brother Jerome Boateng plays for Bayern Munich and Germany. Ghana and Germany will meet in the group stages of the 2014 World Cup.