The Royal Blues progress to the latter stages of Europe's premier competition for the third year in a row. Meanwhile, Bayern Munich strolled to a comfortable win over CSKA Moscow. 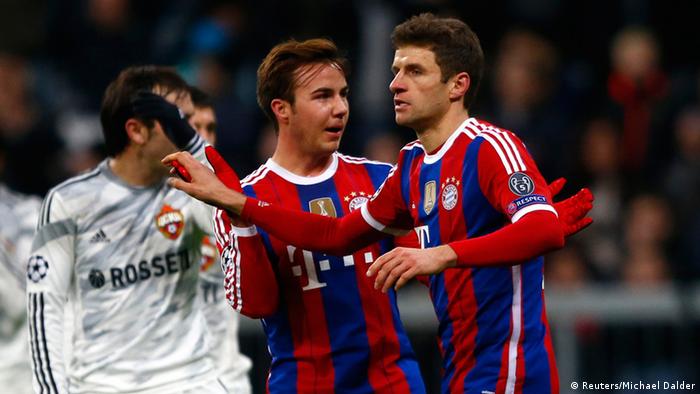 A second-half goal from Max Meyer has secured Schalke's spot in the Last 16 of the Champions League after winning 1-0 away to Maribor.

The 19-year-old came off the bench to ease the doubts for Roberto Di Matteo's side, who showed the defensive stability, which the Swiss coach has drilled into the team since arriving two months ago.

Besides the goal and some glimpses of vitality in the second-half, the Royal Blues were fairly disappointing and stale.

The club's record scorer in European competitions, Klaas-Jan Huntelaar, squandered a great opening before the break, but then saw his shot in the 55th minute roll agonizingly across the goalline.

But the introduction of 19-year-old Meyer moments later changed how Schalke went about their business.

The lively teenager tucked home the opening goal, anticipating the punched clearance by Maribor keeper Handanovic, which presented an empty goal for the Schalke substitute. 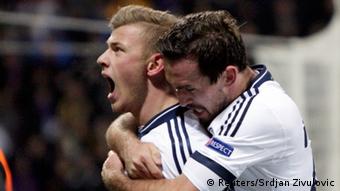 The nervy finish was mastered without much cause for complaint and they become the fourth German team to reach the latter stages of the Champions League.

The German champions had already qualified for the latter stages of the competition, so their final home match of the campaign was merely an exercise.

Pep Guardiola offered game-time to the impressive Sebastian Rode and Gianluca Gaudino, as well as Bastian Schweinsteiger who continues his recovery from injury.

But it was the first-team regular in Müller who set the tone for the majority of the game, slotting home from the spot in the 18th minute.

In the same group as the German champions, Manchester City secured their place in the knockout round after beating Italian heavyweights Roma.

Meanwhile, Lionel Messi became the highest-scoring player in the Champions League, scoring in Barcelona's 3-1 win over French giants Paris Saint-Germain. The little Argentine has now had a hand in 94 goals in 92 Champions League games.

While Barca and PSG had already progressed, the meeting of the recent kings of European football and the aspiring Parisians and the return of Zlatan Ibrahimovic made this one of the games of the evening. But the Spaniards took the spoils, with Messi, Neymar and Luis Suarez scoring on the night.

The other Champions League scores in overview

Forget the future, Max Meyer is key to the present

Schalke's spot in the Champions League Round of 16 was secured by Max Meyer. The teenager has looked a class act in Royal Blue and DW's Ross Dunbar thinks his position in the team should now be set. (11.12.2014)

On a subdued night in Europe for Germany's sides, Borussia Dortmund drew 1-1 against Anderlecht while Bayer Leverkusen drew 0-0 in Portugal - a result that saw them miss out on top spot in their group. (09.12.2014)