Tensions between Saudi Arabia and Iraq have been high over sectarian differences. At one point in 2016 Iraq called on Riyadh to replace its ambassador over unwelcome remarks. 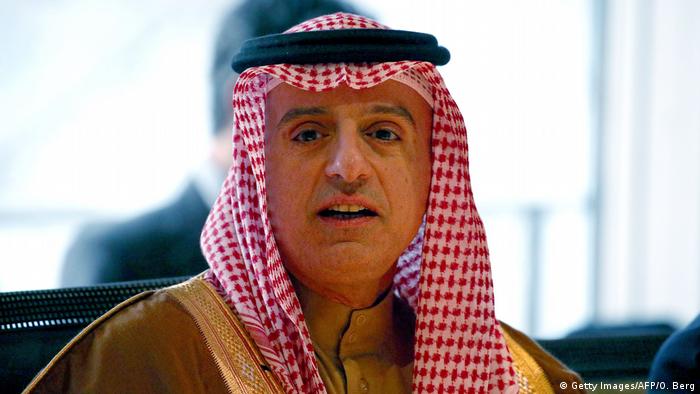 Jubeir met his counterpart Ibrahim al-Jaafari and Iraqi Prime Minister Haider al-Abadi, and told them that the Saudi kingdom would be appointing a new ambassador to Baghdad.

"This visit is to reestablish relations in a more stable way than previously," a senior Saudi government official said. "It's the first visit of its kind."

Last year the Iraqi government asked Riyadh to replace its ambassador Thamer al-Sabhan after his comments about Iranian involvement in Iraqi affairs, including the alleged persecution of Sunni Muslims. His comments angered local Shiite politicians and militia leaders.

Sabhan was the first Saudi ambassador to Iraq after it reopened its embassy in Baghdad in 2015 following a 25-year break - after Saddam Hussein invaded neighboring Kuwait. He was appointed in January 2016 but Baghdad demanded his removal just eight months later.

Riyadh has long accused Iraq of being too close to Shiite Iran, its main regional rival, and of encouraging sectarian discrimination against Sunnis - charges Baghdad denies.

Sectarian conflicts in Syria, Yemen and Iraq have increased tensions between Sunni and Shiite regional powers in recent years.

Iraq, which back in the 1980s was embroiled in a vicious war with neighboring Iran, is now seen as an ally of the self-styled Islamic republic - and a regional rival to Saudi Arabia.

The Saudi diplomat also expressed his country's support for an ongoing US-backed Iraqi campaign aimed at dislodging militants with so-called "Islamic State" (IS) from Iraq, the statement said without providing further details.