Saudi Crown Prince Mohammed bin Salman has made his first visit to Doha since resuming ties with the country. Saudi Arabia had led a yearslong blockade of Qatar. 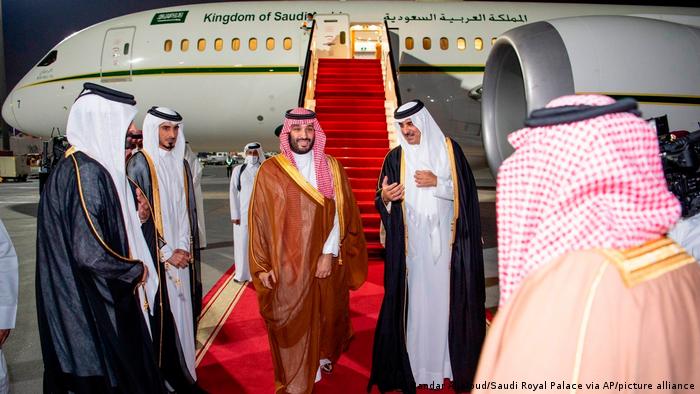 Saudi Crown Prince Mohammed bin Salman arrived in Qatar on Wednesday evening, marking his first trip to the country after signing an agreement earlier this year to end a three-year blockade of Doha.

Prince Mohammed is visiting the country as a part of a regional tour to other Gulf nations. The Saudi ruler visited Oman and the United Arab Emirates before visiting Qatar.

The de-facto leader of Saudi Arabia was greeted with an embrace by Qatar's Emir Sheikh Tamim bin Hamad Al Thani.

Prince Mohammed bin Salman, often referred to as MBS, is slated to conclude his tour with stops in Bahrain and Kuwait.

Prince Mohammed is currently touring Gulf nations as part of an effort to shore up alliances as rival Iran resumes nuclear negotiations with Western powers.

Saudi Arabia and the United Arab Emirates, both of whom had boycotted Qatar for three years from 2017, opened dialogue with Iran earlier this year in a bid to contain regional tensions. 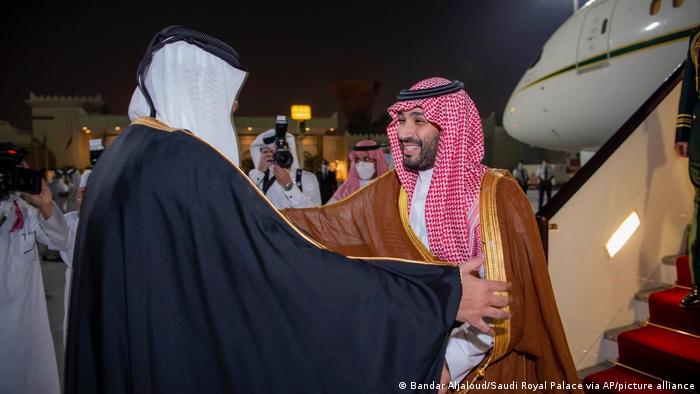 Saudi Arabia is scheduled to host a summit of the Gulf nations in mid-December in the capital city Riyadh.

Saudi Arabia, the UAE, Bahrain and Egypt had cut diplomatic ties with Qatar in mid- 2017 after accusing the gas- and oil-rich state of supporting radical Islamist movements and cozying up to Iran.

All countries sealed their airspace to Qatari flights and expelled citizens. Saudi Arabia, the only country that shares a land border with Qatar, closed its border checkpoints to travelers.

Saudi Arabia and its allies had also set out a list of demands for Qatar, which included closing the Al Jazeera news network and downgrading links with Iran. Riyadh also wanted Qatar to close a Turkish military base.

But Qatar didn't give in to any of the demands. In January 2021, Saudi Arabia and its partners signed an agreement on regional "solidarity and stability" to resolve tensions at a summit and ended the three-year blockade.

Both Saudi Arabia and Qatar had also come under pressure by the United States to reconcile their differences, with the US fearing that Iran could exploit the regional feud.

Qatar hosts the largest US airbase in the Middle East and has emerged as one of the most powerful mediators in the region. Most recently, the country played an outsized role during the US-led evacuation mission in Afghanistan.