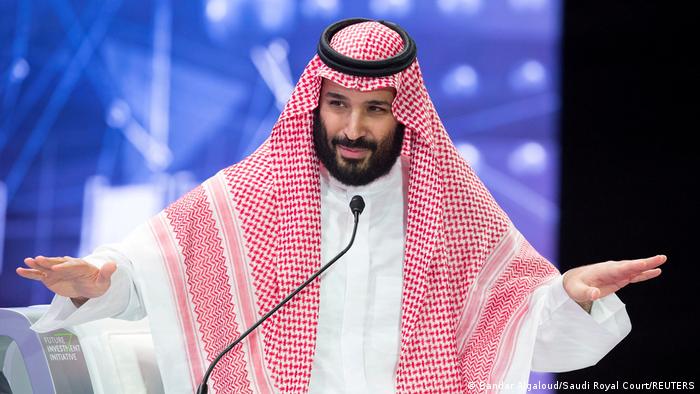 Many young Saudis see Crown Prince Mohammed bin Salman as a bearer of great hope, but he has another side

In the wake of Friday's publication of the CIA report detailing Saudi involvement in the murder of journalist and regime critic Jamal Khashoggi, the last doubts have now been dispelled: Khashoggi's 2018 murder in Istanbul was approved, if not ordered, by Saudi Crown Prince Mohammed bin Salman.

It was not the work of a hit squad that lost control without the knowledge and consent of those at the top, as the Saudi royal family would still like the world and its own citizens to believe.

It is now plain that MBS, as the crown prince is known, bears full responsibility for one of the cruelest political crimes in recent decades. Khashoggi was lured into a trap and killed because the rulers in Riyadh disliked his unrelenting criticism of the Saudi royal family in US publications.

Later, his body was dismembered, probably with a saw, and dissolved in acid. This particularly vile mafia-esque murder brought Saudi Arabia's reputation, in the region and worldwide, to a new low. It was a blatant violation of humanity that was completely unjustifiable and should never be accepted by the world.

The heir to the Saudi throne and de facto ruler does have some merits: a modest, yet recognizable, liberalization of society, including the noticeable improvement in the role played by women in society. Many young Saudis see the crown prince as a bearer of great hope, and some worship him like a pop star.

But Mohammed bin Salman has another side, which is much more serious in moral terms. There is literally blood on his hands — not only that of Khashoggi, but also that of the many innocent people killed by Saudi airstrikes on schools or apartment buildings in the ongoing war in neighboring Yemen.

Former US President Donald Trump was fully aware of all this, but still protected MBS and touted him as a model partner in the Middle East. Trump's successor, Joe Biden, will now attempt to isolate the Saudi crown prince politically, with the help of the CIA report, and will try to reset relations between the two countries by placing a stronger emphasis on human rights.

But Biden has so far shied away from direct sanctions against MBS, whom many EU states have long treated as a persona non grata. There is a clear danger: With MBS at its helm, Saudi Arabia risks a permanent fate as a pariah state and thus a weakening of its own interests.

The intelligence report comes a day after US President Joe Biden spoke with Saudi Arabia's King Salman, reportedly without mentioning the document.

Russia to send nuclear-capable missiles to Belarus 5h ago

Opinion: Climate justice must be more than a promise 21h ago