Saudi Arabia's Supreme Court has upheld a sentence of 10 years in jail and 1,000 lashes against liberal blogger Raif Badawi. After receiving the first 50 lashes in January, his wife fears that it may "resume next week." 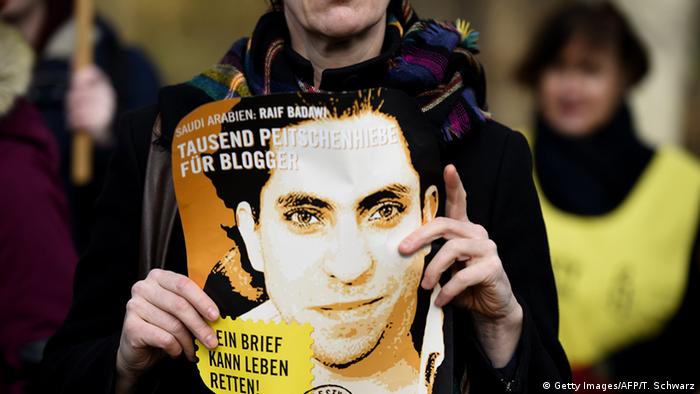 The court upheld the verdict, which included charges of insulting Islam and committing cybercrimes, handed down in May 2014.

The liberal blogger was also fined 1 million riyals ($266,000) and banned from leaving the country for 10 years.

The court's decision is final and cannot be overturned without a pardon from Saudi Arabian King Salman.

Badawi, co-founder of the Saudi Liberal Network, was apprehended by authorities in 2012.

'At risk of flogging'

On January 9, Badawi received the first 50 lashes of his sentence, prompting Western governments and human rights organizations to condemn the act.

"It is high time his conviction is quashed and for the authorities to release him immediately and unconditionally," Boumedouha noted.

Badawi's wife, Ensaf Haidar, told AFP news agency she was "shocked" by the decision, adding she fears the flogging "might resume next week."

"I was optimistic that the advent of (the Muslim fasting month of) Ramadan and the arrival of a new king would bring a pardon for the prisoners of conscience, including my husband," she said.