Ensaf Haidar, the wife of jailed Saudi blogger Raif Badawi, has been visiting Berlin as demonstrations take place calling for the release of her husband. In an interview with DW, she speaks about her solidarity with him. 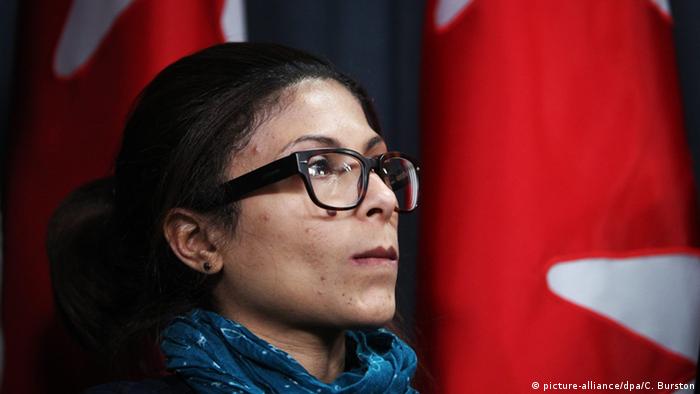 When was the last time you spoke to your husband, Raif Badawi, and what did he say to you?

I spoke to Raif at the time that I arrived in Europe, in Norway. When I got there he wanted to speak to me and make sure that I was alright. That's why I called him and told him about what was happening here. About all the protests on his behalf.

How is he? Is he alright?

No. Psychologically and from a health point of view he is not doing well. Although Raif hasn't told me a lot about his situation in prison, when I hear his voice I can feel his exhaustion and pain. I have the feeling that his mood improves when I tell him about the international solidarity there is for him - that we will never give up and that he, god willing, will hopefully be released sometime soon. But of course, that is still far from clear. Sometimes his mood is more on the positive side, sometimes more negative. 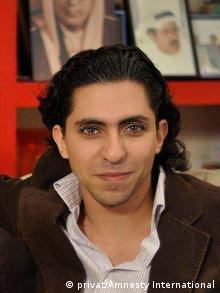 What have the protests achieved so far? Do you need more political support?

Yes. There has to be more political support. The international community should not just talk about Raif being freed from prison but also about him being able to leave Saudi Arabia and being reunited with us, his family. As far as the protests are concerned, they do of course give us emotional support. I would like to thank all of those who take part in these protests and hope that they will continue until Raif has got his freedom back.

In Germany, the president of the Bundestag, Norbert Lammert, has refused to meet the Egyptian President Abdel-Fattah El-Sissi in protest at mass human rights violations. Do you believe it should be German policy to take similar steps in terms of its diplomatic relations with Saudi Arabia?

To be honest, I don't know about political issues, so I can't really give an answer.

If Raif were to be released, where would you both want to live?

We imagine our future to be in Canada.

How do you manage to explain their father's situation to your children?

The children know that their father is in prison. I don't constantly remind them of it. I try, as best as I can, to ease their pain.

Ensaf Haidar is the wife of jailed Saudi blogger Raif Badawi. A court sentenced him to 1,000 strokes of the cane and ten years in prison over his blogs. After the first 50 strokes of the cane in January, the sentence was suspended. The verdict against Badawi had triggered international criticism of the human rights situation in Saudi Arabia. In June, Ensaf Haidar is to represent her husband at the Deutsche Welle Global Media Forum in Bonn, to receive the Deutche Welle Freedom of Speech Award on his behalf.

The interview was conducted by Naomi Conrad in Berlin.