The pace of reforms is picking up in the Gulf state. A pattern is emerging that seemingly sidelines religion but consolidates political power with Saudi royals. 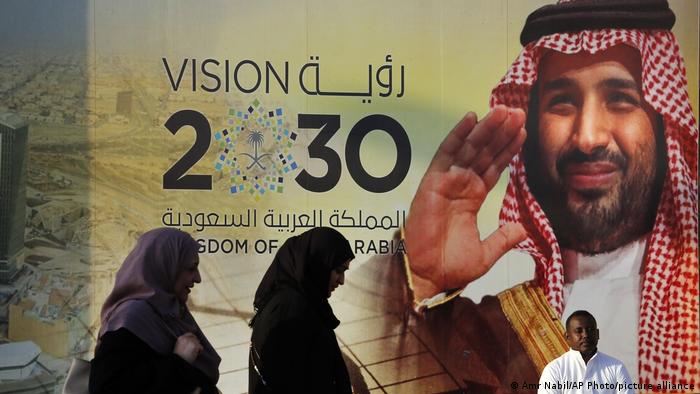 Reforms are part of Saudi Arabia's strategic plan up to 2030

Over the past month, Saudi Arabia has been announcing new social reforms almost every week.

Earlier this month, Saudi Arabian authorities slightly amended a law to allow adult women to live independently, without first having to get permission from their father or other male kin.

A few days after that, other officials declared that women could register to go on pilgrimage to Mecca, one of the holiest sites in Islam, located inside Saudi Arabia, without permission from a male guardian. They could, if they wanted, travel with other female pilgrims instead.

Then this week, Saudi officials from the General Commission for Audiovisual Media (GCAM) reported that legal amendments meant that vetting procedures for imported books and magazines would be simplified. Saudi Arabia is considered one of the strictest censors of imported titles in the region. The new procedures would mean less censorship and more access to books in the Gulf state, officials told local English-language publication, the Saudi Gazette. 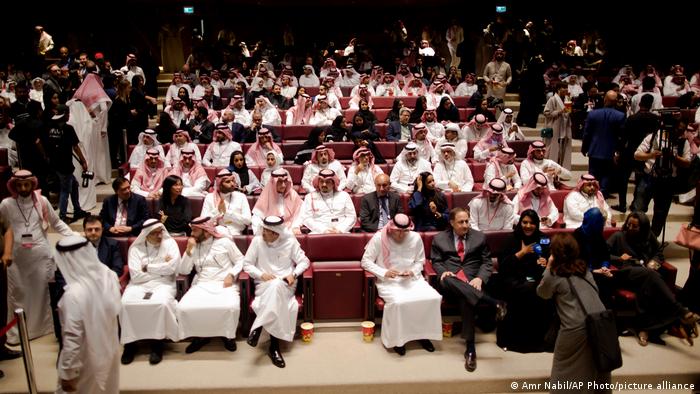 In 2018, a decadeslong ban on cinemas was overturned

Late in May, the country's Islamic Affairs Ministry also said mosque speakers might only be turned up to around one-third of their volume when the call to prayer was broadcast. That may sound like a simple reduction in noise pollution, but the move has been particularly contentious in the conservative monarchy, where religious practice often takes precedence over other aspects of life.

These are neither the first such reforms in Saudi Arabia, nor are they likely to be the last. Social change was already underway under the previous Saudi king, Abdullah bin Abdulaziz Al Saud.

Many of the more recent reforms can be considered part of the so-called Vision 2030, a wide-ranging set of socio-economic reforms first proposed in 2016 by Crown Prince Mohammed bin Salman, in an effort to make his country more modern, liberal and business and tourism friendly.

Other significant changes since 2016 have involved allowing women to drive, lifting a decadeslong ban on cinemas and letting women travel alone, as well as  the ongoing, gradual relaxation of gender segregation rules. There have even been rumors that alcohol, which is banned in Saudi Arabia and mostly unavailable there, may soon be permitted in some limited way. 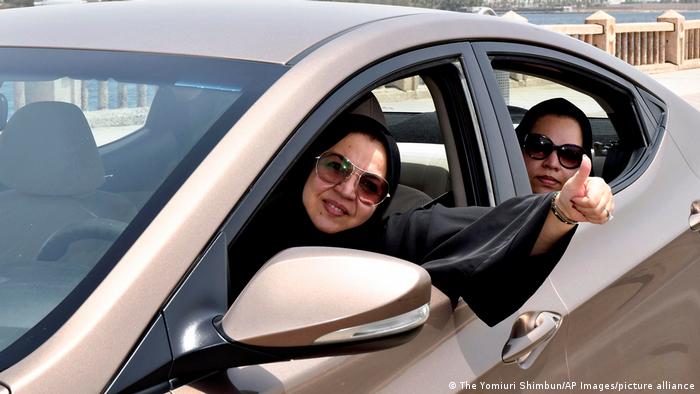 From 2018, Saudi Arabian women have been allowed to drive

Recently the changes have been accelerating, Saudi watchers say. Robert Mogielnicki, a senior resident scholar at the Arab Gulf States Institute in Washington, describes it as "a dizzying pace of reform."

"The policymakers seem to have stepped on the gas," he said.

It was clear that there needed to be some visible progress on Vision 2030, Mogielnicki argued. "In my view, the Crown Prince and the policymakers working with him are trying to find a balance between long-term objectives and making tangible progress on the ground. A lot of these recent changes create an impact immediately."

Such reforms also get more support from younger locals, Mogielnicki pointed out. Nearly two-thirds of Saudi Arabians are under the age of 35.

Even though some changes — like the rule about loudspeakers — may seem minor to outsiders, taken altogether the reforms are important, political science professor Nathan Brown, a senior fellow with the Carnegie Endowment's Middle East program, told DW. And not least because some of the changes were seen as extremely unlikely just a few years ago. 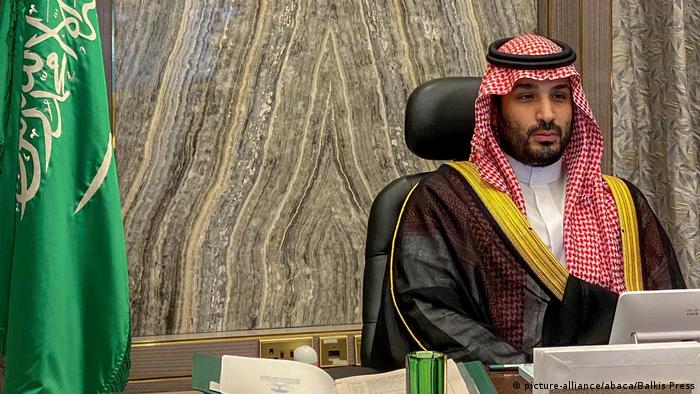 But the nagging question now is what kind of a pattern the reforms are establishing, Brown says. "My general reaction is to say that they are part of a trend of significant liberalization in some social spheres but not in political spheres. Some are significant in daily life and therefore should not be minimized. But they are not structural changes," he noted.

Touching nothing, changing everything

"Social liberalization and political liberalization do not go hand in hand," Brown and another fellow at the program, Yasmine Farouk, wrote in an article headlined, "Saudi Arabia's Religious Reforms Are Touching Nothing but Changing Everything."

In fact, the opposite has occurred, the Carnegie Endowment analysts argue. Many of the changes amount to a reshuffling of personnel, procedure, bureaucracy and legislation, they said, rather than a meaningful overhaul. And it is important to remember that many of these changes can still be reversed, they added.

What the incremental series of reforms is doing though, is further centralizing power within the Saudi royal family. In fact, there is some suspicion that all the tinkering with power structures, the creation of new commissions and offices and the rapid introduction of changes is just another way for Mohammed bin Salman to accumulate power and ensure civil servants are loyal to him.

It has also been suggested that the reforms are decreasing the power of Saudi Arabia's clerical elite and that the country is moving away from the staunchly religious backbone of its social, legal and political life. For centuries, a rigid form of Sunni Islam known as Wahhabism, which emphasizes a strict interpretation of the Koran, has guided culture in Saudi Arabia. The rash of reforms has changed this. 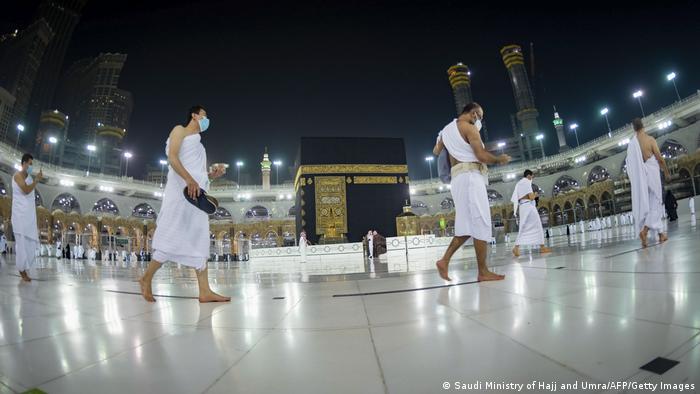 Pilgrims in Mecca, one of the holiest sites in Islam, inside Saudi Arabia

One example is the change in status of the formerly feared religious police, who used to patrol the streets looking for locals who were not dressed modestly enough and make sure that restaurants and stores were closed during prayer times, among other tasks. Today, they no longer have any power to arrest offenders.

"It is too soon to say that Wahhabism has come to an end," Brown argued. But, he added, "there is less emphasis on Wahhabism and of the role of religion in Saudi national identity."

Despite all the reforms, something that has not changed in Saudi Arabia is the opaqueness of its leaders' decision-making. This is why, even as some patterns emerge, there is still uncertainty about what really motivates Saudi rulers.

For critics of the regime, that difference between social liberalization and political liberalization remains a problem. A number of human rights organizations have pointed out the ongoing hypocrisy in the country, such as the fact that female activists who wanted to drive remain in prison despite the rule changes, and that despite royal promises to decrease the death penalty, Saudi Arabia remains a world leader in capital punishment.

While the reforms do have an impact, it is limited, said Duaa Dhainy, a researcher at the Berlin-based European Saudi Organization for Human Rights. 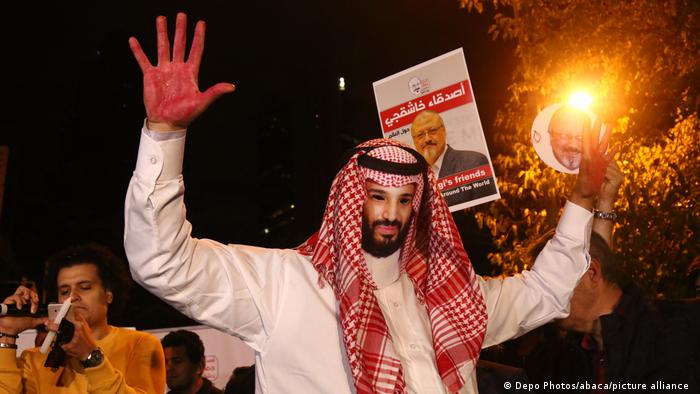 A protester depicts the Saudi crown prince as a murderer

Anybody who opposes the reforms may face arrest, censure or "harsh punishment," she said. Dhainy pointed to the futuristic megacity project, Neom, planned for Saudi Arabia's Red Sea coastline. "There was a lot of talk about it being a green city, with a lot of healthy living," Dhainy said. "But in fact, the people who lived there for generations are being forced out of their homes to make way for it," she said, referring to the Huwaitat tribe who live in the area.

In fact, one tribal leader who protested the displacement was killed in suspicious circumstances, in a shootout with Saudi secuirty forces, according to his supporters.

"There have been some changes but no real difference in the way that political prisoners are treated, or the extent to which freedom of opinion is possible," Dhainy concluded. "They [the reforms] don't impact the human rights situation in a meaningful way and until they do, it is really just propaganda."

Mohammed bin Salman's latest arrests continue his drive against allegedly corrupt members of the elite, even as his own assets are shrouded in secrecy. But the campaign also serves to shore up his position.