Saudi Arabia′s film industry: Between glitz and censorship | Middle East | News and analysis of events in the Arab world | DW | 14.03.2021 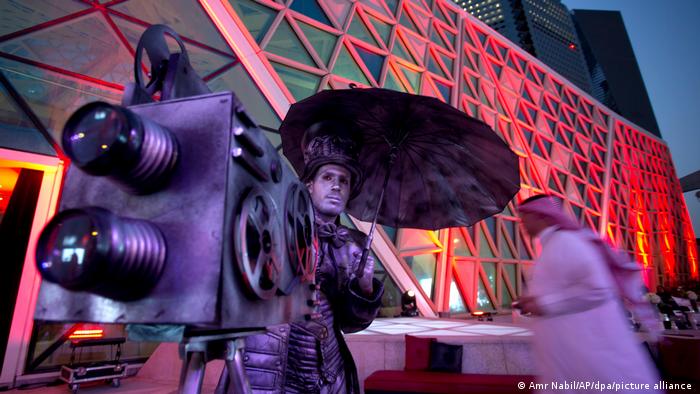 The number of cinemas may be as high as 350 with around 2,000 screens by the year 2030 - in addition to Netflix cooperations and a YouTube scene

It was a cinematic revolution that would have hit the screens - if there had been any. In 2018, the Saudi Arabian Ministry of Culture and Information announced the end of the cinema ban after 35 years. Since then, a whole new industry has emerged and the population of almost 35 million people has embraced the new entertainment opportunities. "Before the pandemic, malls used to be jam-packed on Fridays with people going to the movie theaters," Zeina Sfeir, an expert on the Arab film industry and director and producer of documentaries in Lebanon, told DW on the phone.

In fact, it took only four months after the end of the ban to open the doors of the first cinema in Riyadh on April 18, 2018, with the first commercial screening being "Pink Panther" in front of — a novelty —  a mixed audience. On average, however, people are able to choose between mixed, male-only and female-only screenings.

By 2030, one of the governing authorities to regulate and operate cinemas, the General Commission for Audiovisual Media (GCAM), expects there to be around 350 cinemas and 2,500 movie screens in the country, as well as an industry worth around $1 billion (€836,000). The kingdom also aims to see household spending on entertainment to double from making up 3% of GDP in 2018/2019 to 6% in 2030. 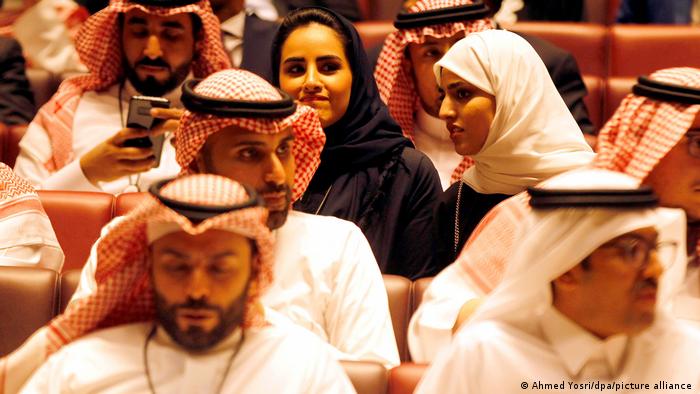 Clerics and fundamentalists have criticized that movie theaters are not separated, however, screenings for women only and men only exist.

When Crown Prince Mohammed bin Salman announced the first details of the Saudi roadmap for socio-economic reforms, dubbed "Vision 2030" in 2016, one of the key elements was to expand the entertainment sector. It meant loosening the strictly conservative rules and ramp up the film business by establishing the infrastructure, producing local content and creating more than 30,000 jobs.

To achieve this, the government founded the General Authority for Entertainment (GAE) as well as the Public Investment Fund (PIF), the Saudi Film Council (SFC), and the General Commission for Audiovisual Media (GCAM).

Movies can now be produced rather quickly and can be easily exported as part of a New Saudi Arabia. "I am convinced that the Crown Prince is pushing national movies as part of his strategy of creating a new sense of national identity that he considers more modern," Sebastian Sons, researcher at the Center for Applied Research in Partnership with the Orient, told DW on the phone.

More glitz for the local biz

The possibility of producing in Saudi Arabia has meant that films are distinguishably "Saudi" although the topics haven't changed in comparison to the few but internationally very successful productions before 2018. "The new Saudi filmmakers export their subjects and their identity," Sfeir explained.

Emotional and sometimes glitzy topics such as love, jealousy, changes in society and lots of pathos have been serving the purpose just fine. Some of the Saudi films are 'Last Visit' directed by Abdulmohsen Aldhabaan, 'Wadjda' by director and screen writer Haifaa al-Mansour or 'When Barakah Barakah' by director Mahmoud Sabbagh. 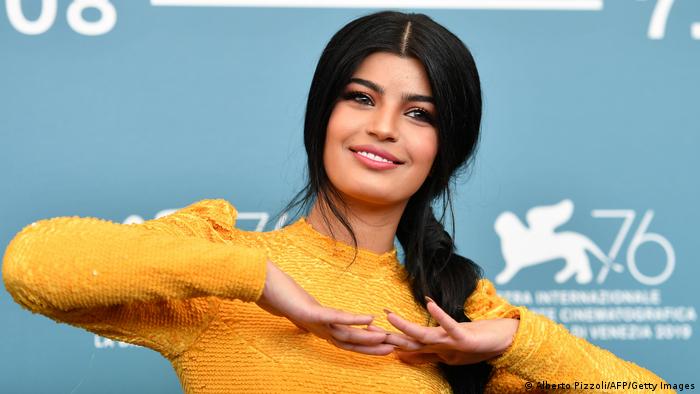 Saudi Arabia's actress Mila Al Zahrani at the Venice Film Festival 2019, promoting the film 'The Perfect Candidate' which is about women and their clashes with conservative men

However, despite the encouragement to produce, Saudi films are subject to the strict censorship of the Kingdom, as well as its financing. According to a report by the British Council in Saudi Arabia, 43% of respondents said that lack of commercial funding is one of the biggest obstacles, with the film industry receiving financial and artistic support from three government-backed institutions — the King Abdulaziz Center for World Cultures, a new film commission overseen by the Saudi Culture Ministry and the Red Sea Film Festival. Saudi director Haifaa al-Mansour directed the first Saudi film nominated for an Academy Award - in 2013 when her film was screened all over the world, but not in her home country due to a lack of cinemas.

The Crown Prince has further announced a $64bn investment in the production of TV-series. Commercial actors, like Netflix are also starting a multi-picture partnership with the Saudi Arabian studio Telfaz11. "We are expanding our library of Saudi content and showcasing the beauty of Saudi storytelling by joining forces with its creators to produce authentic and intriguing stories that will resonate with both Arab and global audiences," Netflix’s director of content acquisitions for the Middle East, North Africa and Turkey, Nuha El Tayeb, wrote in a recent statement.

A survey by the British Council in Saudi asked 422 people, including filmmakers, cast and crew members, students, training and education providers about their visions for Saudi Arabia's future in film: 77% of those surveyed believe that online streaming will be the most important distribution channel for Saudi productions in future.

However, this is true for approved content only. As Kenneth Roth, Executive Director at Human Rights Watch recently tweeted, the documentary "The Dissident" by director Bryan Fogel about the murdered Saudi critic Kamal Khashoggi has been massively attacked by Saudi trolls. At the screening at the Sundance Film Festival, Fogel said "In my dream of dreams, distributors will stand up to Saudi Arabia." For the time being, "The Dissident" is available to rent on iTunes, Amazon and Roku  thus also in Saudi Arabia.