Saudi Arabia offers up ground troops for Syrian civil war, if US will support them

A Saudi general has said his country would send troops to fight in Syria if they were part of an international coalition. So far more than 260,000 people have been killed and millions more forced to flee. 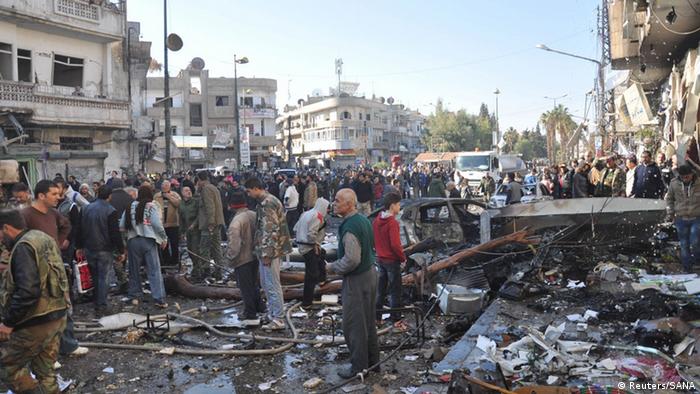 Saudi Arabia said it is willing to commit ground troops to fight in Syria, provided it has the backing of the US-led coalition, a Saudi general said Thursday.

"The kingdom is ready to participate in any ground operations that the coalition [against "Islamic State"] may agree to carry out in Syria," Brig. Gen. Ahmed Asiri, who is also the spokesman for the Saudi-led Arab coalition in Yemen, told the Saudi-owned al-Arabiya TV.

The general noted that Saudi Arabia has been an active member of the coalition fighting the Islamic State in Syria since 2014. He said they had flown nearly 200 aerial missions. 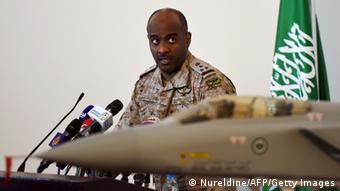 Saudi Brigadier General Ahmed Asiri, and spokesman of the Saudi-led coalition Forces, speaks to the media

Air power alone will not win the battle against IS, according to Asiri.

"If there was a consensus from the leadership of the coalition, the kingdom is willing to participate in these efforts because," he said, "we believe that aerial operations are not the ideal solution, and there must be a mix of aerial and ground operations."

Asked about the general's comments during a briefing in Washington, the US State Department Spokesman John Kirby said that in principle the US welcomes all of the military support its allies are willing to put forth in the fight against IS.

But without having seen the Saudi proposal, Kirby added, "I would not want to comment specifically on this until we've had a chance to review it."

That review is likely to come soon, as the United States prepares to convene a meeting in Brussels of allied defense ministers fighting IS later this month.

"We are determined to fight and defeat Daesh," Asiri said, using the Arabic name for IS. He didn't specify how many troops the kingdom might be willing to commit, but he noted that the country has been heavily involved in the civil war in Yemen, where it is fighting Iranian-backed Shiite Houthi rebels.

The Syrian civil war, which features an array of opposing forces, has been locked in a bloody conflict that has killed more than 260,00 people and forced some 10 million to flee their homes over the past five years. 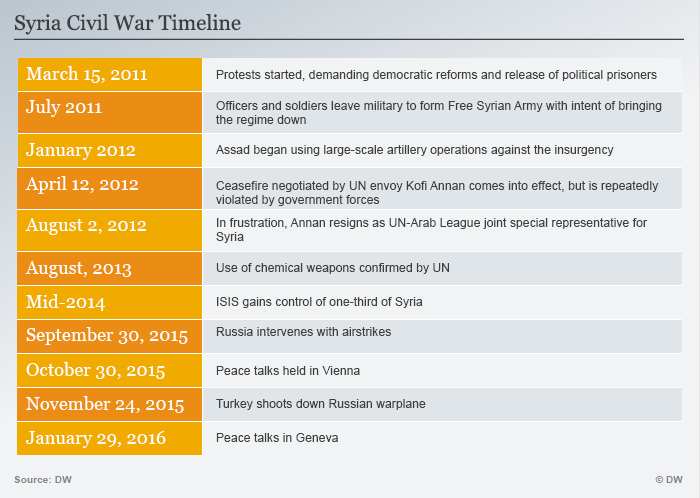 The latest round of UN-backed peace talks were put on hold almost before they began and were suspended just days after they were launched. A one-day donor conference in London to raise money to support Syrians refugees raised $11 billion.

UN-brokered peace talks between Yemen's pro-Saudi government and the country's Shiite rebels have begun in Switzerland. Airstrikes have halted and guns have gone quiet as the latest peace initiative gets underway. (15.12.2015)