A one-day conference held in London has raised billions of dollars for Syrians impacted by the ongoing war. The event came as world leaders find themselves at odds over how to end the conflict. 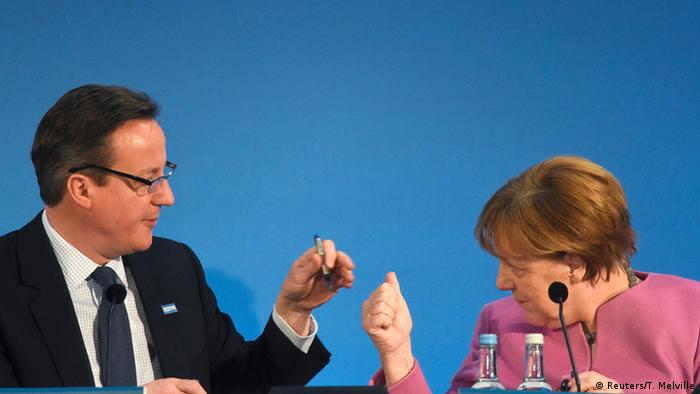 The EU, the United States, Germany and Britain were among the countries that pledged to donate more than $11 billion (10 billion euros) to victims of the war in Syria on Thursday, just a day after peace talks intended to end the conflict came to a halt in Geneva.

UN Secretary-General Ban Ki-moon called the pledge the largest donation for a humanitarian crisis ever raised in a single day.

"Today's achievements are not a solution to the crisis - we still need to see a political transition," British Prime Minister David Cameron said as the one-day conference in London came to an end. 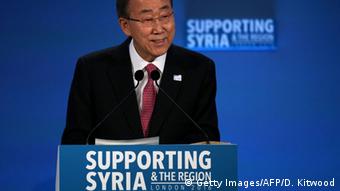 Merkel pledged 2.3 billion euros in aid by 2018, saying that one reason for the donation was to help stem the flow of those impacted by the war from coming to Germany.

She also thanked Turkey, Lebanon and Jordan for doing much of the heavy lifting when it came to the refugee crisis. At a press conference after the event, the chancellor told reporters that the EU would work to improve trade relations with those countries, as well as others accepting refugees from the Middle East.

Other countries that pledged donations include France, Norway, Italy, Japan and Saudi Arabia.

Despite the enormous sum promised in response to the crisis, a feeling of frustration hung over the proceedings. Syrian peace talks ended abruptly on Wednesday with UN special envoy Staffan de Mistura saying "there is more work to be done."

The same day, the main organization representing the Syrian opposition said it would not participate in the talks as long as Russian-backed government forces continued to kill civilians indiscriminately. Despite intense criticism, Moscow has said it will continue bombing militant-held areas.

UN envoy de Mistrua has announced Syrian peace talk slated to begin this week would be postponed. In an interview with DW, Bassma Kodmani from the Syrian negotiating team blames Russian aggression for talks' collapse. (04.02.2016)

Paris and Washington have slammed the Syrian regime for continuing airstrikes against rebels during planned peace discussions in Geneva. Opposition forces have said they will not negotiate until the strikes stop. (04.02.2016)