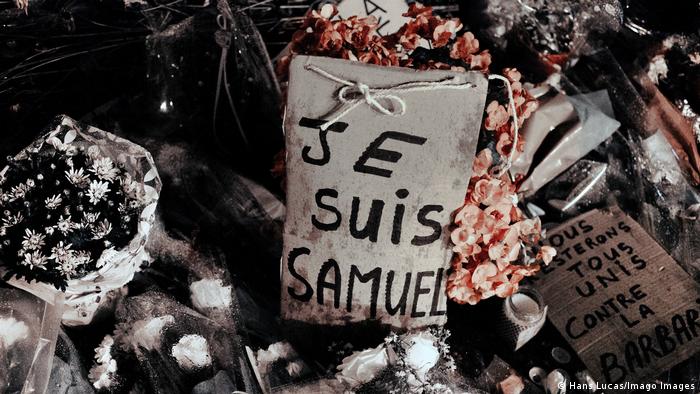 Four students have been charged over the killing of a Paris teacher last month, French media reported on Thursday.

In October, an Islamist terrorist murdered Samuel Paty and removed his head after the teacher showed his students cartoons of the Prophet Muhammad taken from the Charlie Hebdo satirical magazine.

Three of the suspects were reportedly accused of "complicity in a terrorist murder" by allegedly pointing Paty out to the killer. The three students are aged between 13 and 14 years old, French news agency AFP reported.

The fourth suspect is the daughter of the man who led an online campaign against the teacher, AFP reported. She has reportedly been charged with "slanderous denunciation" of Paty for relating her story of the civics lesson despite not attending the class.

The new suspects come in addition to the two other pupils who were charged earlier this month. Those two schoolchildren, aged 14 and 15, were indicted for "complicity in terrorist assassination" and placed under judicial supervision.

Justice authorities are now investigating 14 suspects in connection the crime, which is being treated as an act of Islamist extremism.

French President Emmanuel Macron has intensified a crackdown on Islamist activity in France since the incident, attracting criticism from the Muslim world.