Samoans lose that Friday feeling | World| Breaking news and perspectives from around the globe | DW | 30.12.2011

Samoa has skipped Friday to switch time zones for better trade with Australia and New Zealand. The Pacific island state is moving westwards across the international dateline, reversing its move eastwards in 1892. 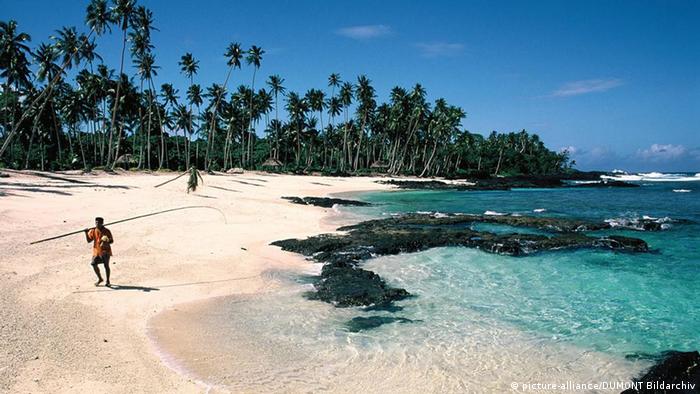 The idyllic Pacific islands of Samoa have crossed the international dateline to be closer to their chief trading partners New Zealand and Australia as midnight on Thursday, December 29, turned into… Saturday, December 31.

It was a momentous moment, heralded with prayers, sirens and song in the Samoan capital of Apia.

The time zone switch means Samoans have lost the best day of the week - Friday. 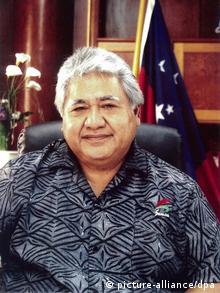 But the government of Prime Minister Tuilaepa Sailele Malielegaoi hopes the temporal move westwards will raise trade efficiency by placing Samoa just three hours ahead of New Zealand and Australia.

Before the switch, Samoa was 23 hours behind and as a result lost nearly two commercial days per week.

It lost Monday's business because it would still be on Sunday, and it also lost much of Friday because by then Australia and New Zealand would be on Saturday.

A free lunch at an early birthday party

The switch has a number of unusual repercussions - hotel guests in Samoa will not be expected to pay for their stay, while those people whose birthday is normally on December 30 - about 760 people out of a population of 200,000 - have been advised to celebrate early.

In 1892, Samoa moved eastwards across the international dateline to be closer to the Americas, where the island's most important trading partners were located then.

The move is part of a greater scheme which has also seen Samoa switch its traffic flow to make cars drive on the left-hand side of the road as in Australia and New Zealand, where there are large expatriate communities.

The Tokelau islands, a territory of New Zealand, also made the switch.

One of Sea Shepherd's vessels has been badly damaged by a wave in bad weather conditions off the coast of Antarctica. The conservationist group had been trying to interfere with the annual Japanese whale hunt. (29.12.2011)

Australia will sell uranium to India but not to Pakistan

On a visit in New Delhi, Australian Defense Minister Stephen Smith has again repeated his support for uranium sales to India, but said that the circumstances were unique and would not open the door to Pakistan. (08.12.2011)