Unfazed by the pandemic, stars from all over the world, including Anna Netrebko, are coming to Salzburg to restart postponed 100th anniversary celebrations. 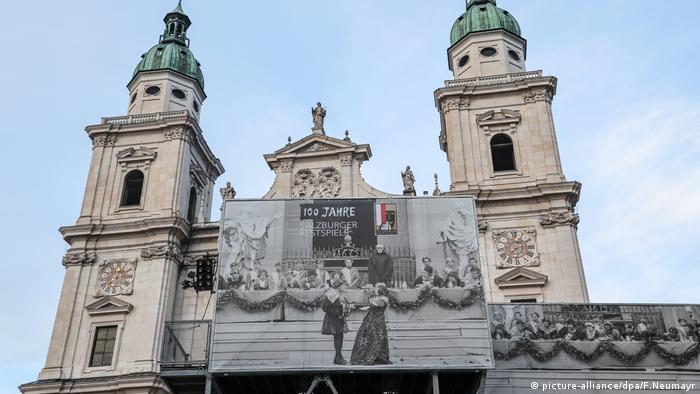 The Salzburg Festspielhaus will see centenary festivities continuing till August 2021

The Salzburg Festival is one of the world's most important cultural festivals for opera, drama and concerts.

First held in August 1920, its 100th anniversary last year was celebrated despite the COVID pandemic — but mainly in front of a home audience. Amid extensive safety measures and a shortened program, last year's celebrations featured 110 performances over 30 days.

Nevertheless, some performances had to be canceled and these will be made up starting July 17, thus effectively extending the festival's centennial celebrations by another year.

Festival President Helga Rabl-Stadler said the event's success will be assured via tried and tested virus prevention concepts, along with new safety measures that were installed last year.

High culture is back

"We won't let the virus spoil our 100th anniversary!" wrote Rabl-Stadler in the Salzburg program announcement. "At our festival opening celebration, we want to make everyone forget the cultural dry spell of the last few months."

Besides classical music and entertainment in the streets of the Austrian city, audiences can also catch behind-the-scenes sessions such as readings by actors performing in Hugo von Hofmannsthal's famous Everyman at the Schauspielhaus.

The public can also watch the dress rehearsal of the War Requiem conducted by Mirga Grazinyte-Tyla, or listen to a stage orchestra rehearsal in the Festspielhaus of the new production of Mozart's opera Don Giovanni, featuring star Greek conductor Teodor Currentzis and director Romeo Castellucci. 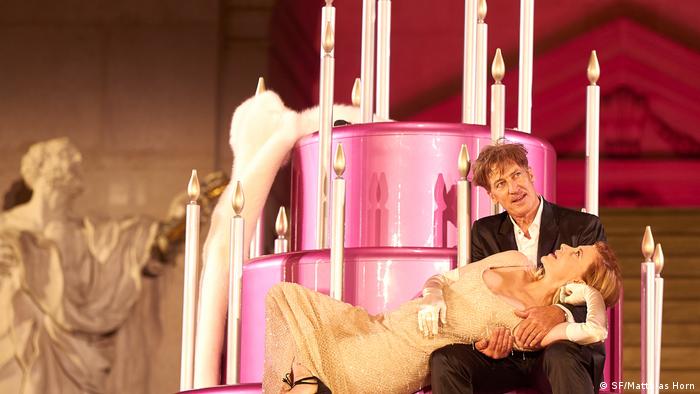 The new faces of 'Everyman'

This morality play tells a universal story: God sends Death to summon the rich, fun-loving Jedermann, who finds himself abandoned by his friends, his riches and his lover in his hour of greatest need.

There is often intense media speculation about who will land the roles of Jedermann and his lover. And a perennial topic: what dress will the lover wear?

This time, however, talk is of the buzz cut of this year's lover, Verena Altenberger, who shaved her hair off for a recent film role as a cancer patient. She got the OK from director Michael Sturminger not to wear a wig for the performance.

How actors shape their roles

This year, Jedermann will be played by Lars Eidinger, who is well-known in Germany as a long-time ensemble member of the Berlin Schaubühne and who has thrilled audiences as Richard III and as Hamlet.

Altenberger has performed at Vienna's Burgtheater, among other venues, and was named best actress for the 2017 film The Best of All Worlds at the Moscow International Film Festival. 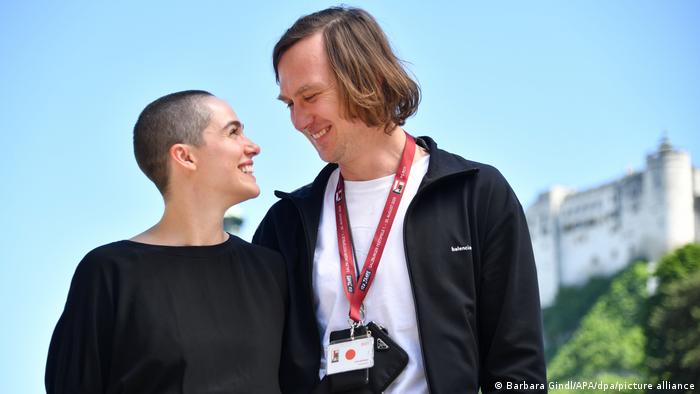 Caroline Peters, who played the lover last year, brought humor and self-confidence to the role. Altenberger wants to depict the lover's suffering and dependence and to then free her from these bonds.

Eidinger also has a specific idea for his performance. He does not see himself primarily as the "dying rich man." For him, Everyman embodies today's society.

"I'm the privileged, toxic man and I question myself," said the actor.

Big names despite the pandemic

Bar a few exceptions, all the performers would be able to travel from abroad, festival organizers told DW.

Russian soprano star Anna Netrebko will perform and sing Puccini's Tosca alongside Yusif Eyvazov, and American tenor Sean Panikkar will play the role of a migrant in the new production of Luigi Nono's Intolleranza 1960. 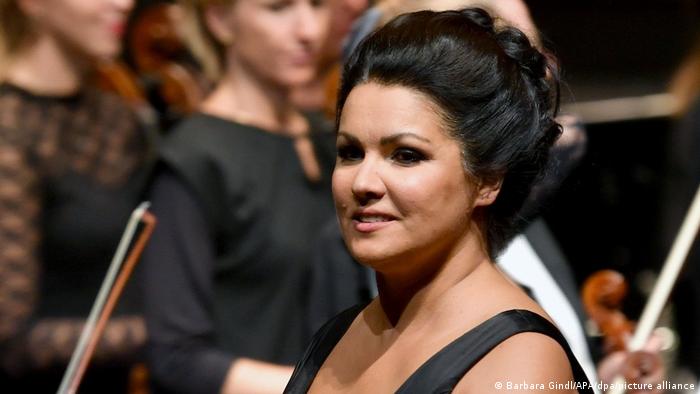 World stars like Anna Netrebko are making their way to Salzburg, despite the pandemic

Conductor Teodor Currentzis is working his musicAeterna Chorus and Orchestra to provide the music for the new production of Don Giovanni.

For director Romeo Castellucci, Don Giovanni is a great unsolvable myth. He interprets the womanizer as an ambiguous figure full of contradictions and unfulfilled desire. The audience should be prepared for contradictions in opera, he said in an interview with broadcaster Österreichischer Rundfunk.

Concerts with an international flavor

Prominent concert evenings at the Salzburg Festival this time will feature the West-Eastern Divan Orchestra conducted by Daniel Barenboim, and the Vienna Philharmonic conducted by Riccardo Muti and Andris Nelsons. 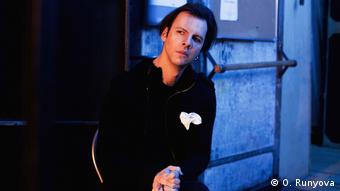 Teodor Currentzis will conduct the music for 'Don Giovanni'

Benjamin Britten's great War Requiem should have been performed by the Birmingham Symphony Orchestra, which premiered the piece in 1962 in the rebuilt Coventry Cathedral. But COVID threw a spanner in the works: Due to the strict quarantine regulations on return trips to the United Kingdom, the orchestra found itself unable to travel.

Instead, the Gustav Mahler Youth Orchestra stepped in by contacting its members throughout Europe: 91 musicians from 18 countries will travel for the project, living up to the festival's founding aim after World War I, which was to unite Europeans again through music. They will be joined by 100 choristers from the Vienna Singverein.

Instead of her orchestra from Birmingham, conductor Mirga Grazinyte-Tyla will now perform the concert at the start of the festival with the Mahler Youth Orchestra and the ORF Radio Symphony Orchestra.

This article was translated from the German by Brenda Haas

From Anna Netrebko to Placido Domingo: The Salzburg Festival in pictures

Salzburg is Mozart's birthplace and home to one of the biggest music and theater festivals in the world, with some 200,000 visitors. This year's event, however, got mixed reviews.

Why the Salzburg Festival wasn't canceled during the pandemic 19.05.2021

First woman to conduct an opera series at the Salzburg Festival 19.08.2020