Is the victory of evil inevitable? Talking to DW, British-Indian author Salman Rushdie explains how his new novel became contemporary by accident and why defending free speech is more important now than ever. 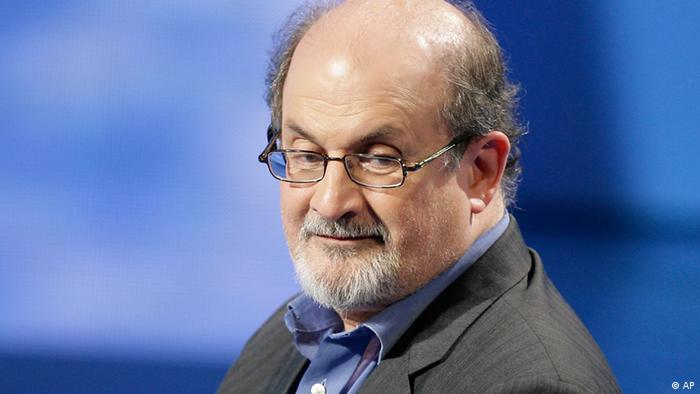 DW: In your new novel Two Years Eight Months and Twenty-Eight Nights – that's exactly 1,001 nights – you describe a war between humans and jinns. Who's going to win?

Salman Rushdie: The book has a happy ending. And I don't want to give away the ending, but I just did, I guess (laughs). When I started writing this book, many of the things we are thinking about right now didn't exist. There was no 'Islamic State', so it’s strange to see how the book has become extra-contemporary by accident.

You started to write the novel more than four years ago. What inspired you?

I wanted to go somewhere much wilder and much more made up. That took me back to the old stories of which Two Thousand and One Nights is the most famous collection. But there are many others in India. Those first made me fall in love with stories in the first place. One writer who was always very important for me was Günter Grass. He would use fables coming out of the Black Forest, fables coming out of the Brothers Grimm and turn them into contemporary novels. You know - flounders, rats, tin drums.

You mentioned that your book has a happy ending. Reason triumphs over unreason. Will that reason win in reality?

Maybe that's the real fantasy in the novel. But I think one has to believe that the victory of evil is not inevitable. There are a lot of reasons to believe that the present menace is not something that will be around in ten, twenty, thirty years. But if I had sat here with you in January of 1989 and told you that the Berlin Wall will not exist by Christmas, you would have thought I was stupid. And yet that's what happened. We live in a time when the world can change direction very suddenly and very radically, so it’s futile to try and foresee how things will go. 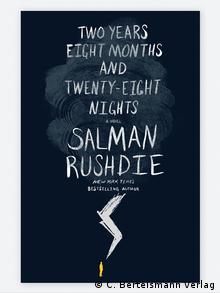 Have recent terror attacks made you more afraid?

Yeah, but one of the things I like about what happened in the last week is the way in which people in Paris have demonstrated their willingness to set aside the fear, to continue to live the life of Paris – to continue to go to restaurants and music venues and football games and to continue to be Parisians. And I think that’s the correct answer.

But France's president Hollande has claimed that France is now at war. Are we?

There is somebody who is at war with us, that's for sure. I always objected to the American administration's term, "The War on Terror," because I thought you can't win a war on terror. You can't sign a peace treaty with terror. The war is against ordinary people, and the war is a war against culture. The things that people in the free West enjoy most – music, entertainment, a good meal, a football game – pleasure, in a way, is the enemy of the fanatic. And fun appears to be what is hated, so the best thing to do is go on having fun.

What role can writers play under these circumstances?

A book is there to create a world which feels like a good place to be, and which sheds some light on the world outside the book. And when the reader leaves that world and the pages of the book, a little bit of it goes with them. A little bit of the book stays with them and becomes a part of the way in which they see, or they think about the world.

Why did you chose to write a book that you weren't going to be in?

Enough about me, I thought. Let's talk about other people. People are leading their ordinary life, and suddenly – boom! Something frightening, life-changing comes into the middle of their lives. How do we deal with that? Amongst all these ordinary people there is a tiny bit of jinn magic latent within them. They are the descendents of a long-ago love affair between the jinn princess and a human being. What I mean by that is that people in themselves find strength, moral, intellectual and emotional resources that they didn’t know they had. And people are able to deal with whatever it is life throws at you.

You were one of the most vocal critics of the PEN [international association of writers defending freedom of expression] members who opposed Charlie Hebdo at their annual gala. What bothered you most? 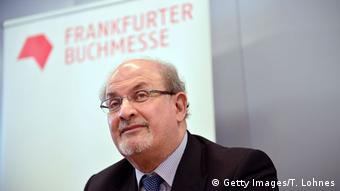 They were wrong on principle, because whether or not they liked the magazine, [Charlie Hebdo staff] were executed for drawing pictures. And PEN is a freedom of speech organization. If you can't recognize and salute people who had been threatened and continued to work, and were then murdered for drawing political cartoons, it's pathetic. They didn't know, for instance, that these cartoonists in France were not hated figures, they were loved. And that the magazine which they characterized as racist was actually famously anti-racist, that its great target was the Front National. I thought it was a terrible thing to misrepresent the dead in order to protest against them.

You've been a guest at the Frankfurt Book Fair, and in your statement you said, "Our profession, the profession of writing, feels more and more like a crusade." A crusade against what, and for what?

We have to stand up for these very precious liberties that have been hard won. In the last couple of hundred years, ideas of liberty have developed in Europe which we all benefit from. From Europe, the ideas have spread certainly into the Americas, but the point is: we live in the lucky part of the world, where we have these liberties and can expect to have them. Most of the world doesn't have this. China? Not really. Most of the Islamic world? Not really. Much of Africa? Not really. So if we have these things, then we have to be their guardians. We have to fight for them if need be, that’s what I meant.

Is Europe too weak? Could it have stopped the jihadists a long time ago? DW asked controversial Algerian author Boualem Sansal about the shortcomings of Western politics. (20.11.2015)