The daughter of the former Russian spy Sergei Skripal, who was poisoned in a nerve agent attack along with her father, is said to be recovering. Meanwhile, police cordoned off a play area near Skripal's home. 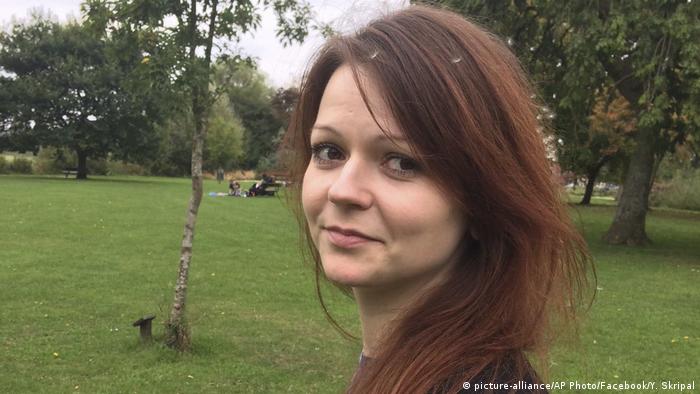 The health of the daughter of former Russian spy Sergei Skripal was "improving rapidly," the Salisbury District Hospital said on Thursday.

"I'm pleased to be able to report an improvement in the condition of Yulia Skripal. She has responded well to treatment but continues to receive expert clinical care 24 hours a day," the hospital's medical director, Christine Blanshard, said in a statement.

The 33-year-old woman was said to be stable and no longer in critical condition.

The hospital reported that 66-year-old Sergei Skripal, a former Russian spy who was convicted of being a double agent for Britain, remained in critical but stable condition.

Some 250 counterterrorism police are said to be investigating the attack, believed to be the first use of a nerve agent in Western Europe. The toxin used in the incident is said to be the Soviet-designed nerve agent Novichok.

Skripal was jailed by a Russian court in 2006 but later traded to Britain as part of a high-profile spy-swap.

Poisoned via a door handle?

Police on Wednesday said they believed that the toxin had been deployed against Skripal at his home, where his daughter was staying while visiting him.

"We believe the Skripals first came into contact with the nerve agent from their front door," said Dean Haydon, Britain's counterterror police chief. "Traces of the nerve agent have been found at some of the other scenes detectives have been working at over the past few weeks, but at lower concentrations to that found at the home address."

The highest concentration of the toxin was said to have been on a door handle at Skripal's home. A play area near to the house was cordoned off as a precaution on Thursday.

Investigators had previously sealed off a bench where the Skripals were found, a pub that they had visited and the grave of the former spy's wife. A policeman who was involved in the response to the incident was left seriously ill and has indicated that he will suffer lasting damage to his health.

The incident has caused a diplomatic furor, with Britain expelling 23 Russian diplomats and Russia responding in kind.

Two dozen countries have expelled Russian diplomats as a result of the attack, responsibility for which London has laid squarely at Moscow's door. Russia strongly denies the accusation. The US has expelled the largest number of diplomatic staff – 60 in all.