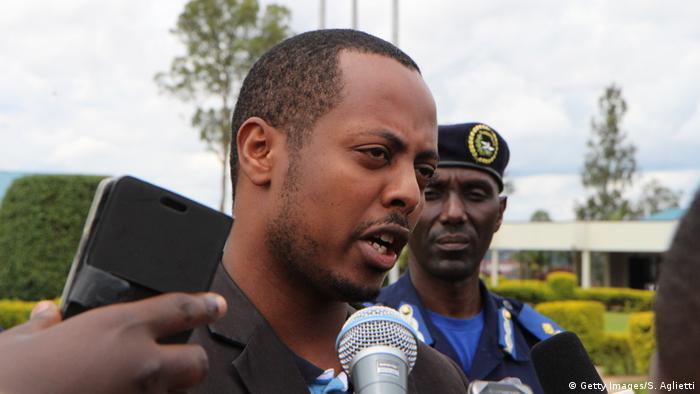 Kizito Mihigo, a popular gospel singer, hanged himself in a Rwandan police cell, according to a police report.

The 38-year-old devout Catholic, known for his songs of forgiveness, was a fierce critic of President Paul Kagame. He was found dead at a police station in the capital, Kigali, on Monday.

Diane Rwigara, another Kagame critic, cast doubt over the police report. She said that she could not see how suicide could have been possible.

"I have been in prison in Remera, there is not even a window," she said. "Rather, there are ventilation holes. So, I don't see how anyone can tie sheets in that kind of hole."

Rwigara was imprisoned for over a year on charges of tax evasions and barred from running in presidential elections. But in a surprise move, a Rwandan court dismissed all charges against Rwigara in October 2018 and released her on bail.

In April 2014, Mihigo released a critical song challenging the official government narrative of the 1994 genocide, in which nearly a million ethnic Tutsis and moderate Hutus were killed within a period of 100 days.

In the video, the gospel singer said: "There is no such thing as 'good death' be it by genocide or war," a reference to the post-genocide revenge attacks on ethnic Hutus living in refugee camps in neighboring Democratic Republic of Congo after President Paul Kagame's Tutsi army had taken over Kigali and stopped the genocide.

"Even though genocide orphaned me, but let it not make me loose empathy for others. Their lives, too, were brutally taken. But that did not qualify as genocide," according to the lyrics of the song "Igisobanuro Cy'urupfu."

Mihigo was subsequently arrested and charged with planning to oust the government and sentenced to 10 years in jail. He had pleaded guilty to the charges, but HRW claimed "he was beaten and forced to confess to the crimes."

In September 2018, Mihigo was released by a presidential pardon.

Last week, the popular singer was re-arrested in Nyaruguru District for allegedly attempting to cross the Rwandan border to Burundi. Following the arrest, the Rwanda Investigation Bureau (RIB) wrote on twitter that he had been charged with attempting to illegally cross the border, joining terrorist groups, and corruption.

Mihigo "had recently told Human Rights Watch that he was being threatened to provide false testimony against political opponents and wanted to flee the country because he feared for his safety," according to a HRW statement.

"Whatever the cause of Kizito Mihigo's death, Rwandan police were responsible for his life and safety in detention,” said Lewis Mudge, HRW's Central Africa director.

"An investigation is necessary to know the truth," Diane Rwigara said describing Mihigo a "national treasure." Unlike Rwigara, prominent opposition politician Victoire Ingabire believes any "investigations for people opposing the RPF [the ruling party] regime will always amount to nothing."

In 2012, Ingabire was sentenced to 15 years in jail after she was convicted of denying Rwanda's 1994 genocide as well as conspiring with the FDLR Hutu rebels, which Kigali considers a terrorist group.

"I met RIB's secretary general, Colonel Jeannot and he told me that even in developed countries like the United States, there are investigations that are done but nothing comes of it," Ingabire told DW.

She served eight years in prison after receiving a pardon from President Paul Kagame. However, her party maintains she was imprisoned for her political ambitions and opposition to Kagame.

Opposition politicians have voiced concerns for their safety following a series of high profile killings and disappearances. The most recent was the murder of a prominent member of the unregistered opposition FDU-Inkingi (United Democratic Forces). Rwanda's government denied any wrongdoing. 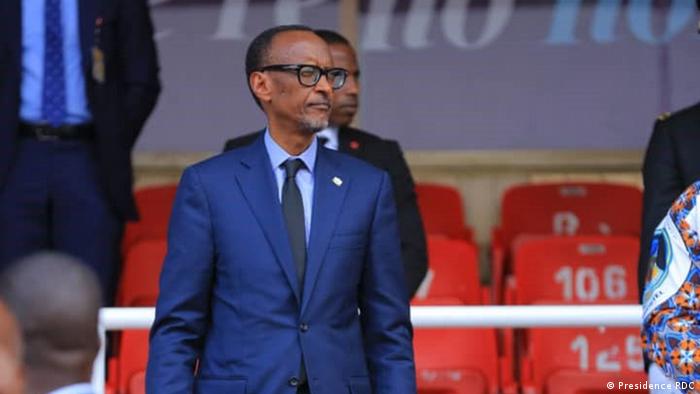 "The political space in Rwanda is closed," Ingabire told DW in late 2019 after her prison release. "I was in prison and spent eight years and when I was released and I thought the government of Rwanda was ready to open up the political space, but one month later, our vice president disappeared, four months later my assistant was killed, in July our representative in eastern province disappeared, and yesterday our national coordinator was murdered."

"I have to send a message: Kizito's death, like that of the others who have been murdered, will never make us back down because we have a noble cause that has an interest for Rwandans," he added.

Ntaganda told DW in 2019 that political murders are common in Rwanda. "We have about four people who have disappeared, for example, Aimable Rusangwa, Dominique Shyirambere among others but we also have several who are in jail."

Congolese rights activists as well as Amnesty International have called for a full investigation into the singer's death.

A conspicuous silence irked Rwanda on Friday as Kizito Mihigo's funeral date was announced for Saturday.

Rwanda saw its bloodiest attack in over two decades when rebels raided a town on the border with the DR Congo on Friday. The killings have sparked fear among residents of Kinigi, an area famed for mountain gorillas. (09.10.2019)

Rwandan President Paul Kagame has issued stern warnings to insurgents, who recently killed at least 14 people in an area popular with tourist, vowing that he will never allow them to destabilize his country. (07.10.2019)