The trauma of Rwanda's post-genocide generation

Rwanda's young generation did not experience the genocide of 1994 in which at least 800,000 people, mostly ethnic Tutsis, were killed. Young Rwandans grew up up under a mantle of silence about that traumatic period. 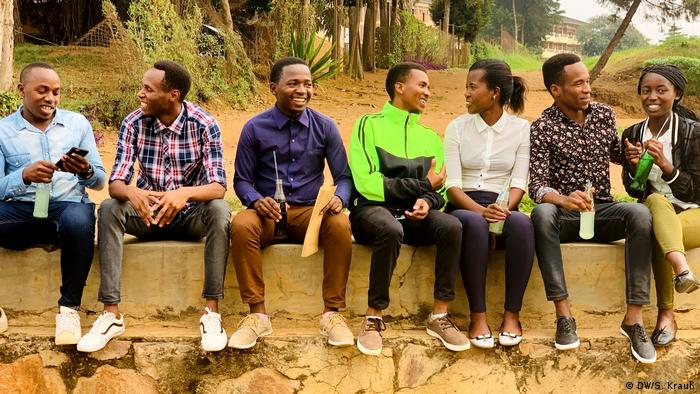 From a short distance away, eight-year-old Joseph Kalisa watches with interest the proceedings of a Gacaca court. Several dozen men and women sit in the shade of a large tree. Joseph hears them talking and shouting; one looks like he's about to become violent. It's much more interesting than the school class from which Joseph has sneaked out with a couple of friends.

Joseph doesn't really understand what is going on at the court which is part of a community justice system set up to deal with the 1994 genocide and bring the perpetrators to account.

Joseph is not allowed to ask any questions. He's too young, the adults tell him.

Today, Joseph Kalisa is in his mid-twenties. He's one of the ‘Generation After', young Rwandans who did not experience the genocide during which more than 800,000 people were killed. Like Joseph, many other youngsters grew up in a culture of silence. "The young generation gets hardly any answers from our parents," Joseph told DW. "They don't know the truth. They don't know what really happened and long for the truth. That makes it difficult to accept what happened." 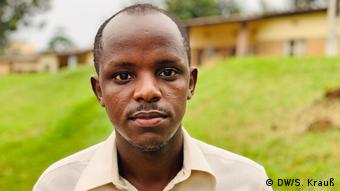 Joseph Kalisa says it's hard to talk to parents about 1994

This Thursday (July 4, 2019) marks the 25th anniversary of the arrival in Kigali of the Rwandan Patriotic Front (RPF) troops which marked the end of the Rwandan genocide. The country is still having difficulty coming to terms with that period of its history. Each year the victims are commemorated. But what about those born later? Just over half the population is under 20. They also have to deal with the consequences of the genocide, in a variety of ways. "Some are not able to attend school, because either their father was killed or he was in prison because he was a genocide perpetrator," Joseph said.

Passing on the trauma

Other Rwandans of Joseph's age experience depression and trauma.

Twenty-one-year-old Liliane Niyigena told DW that a commemoration ceremony she attended had included watching a documentary film about the genocide. "It was as if many of my friends were traumatized. They cried so loudly that I got scared," she said.

The atmosphere at commemorative events and the effect this has on young people should not be underestimated, say researchers and psychologists. "It is mostly the 15- to 25-year-olds who experience traumatic attacks," says Eugene Rutembesa, professor of psychology and psychopathology at the University of Rwanda in Kigali. "So we asked ourselves, why does this group experience trauma, although they were not present during the genocide?"

Recent findings by the university show that traumatic disorders can be passed on to children genetically. Children of Tutsi mothers who experienced the genocide during their pregnancies developed traumatic disorders and depression while young much more frequently than the children of mothers who were in exile in 1994. "We were able to show that there were even changes at an epigenetic level," Rutembesa said. "Certain genes had mutated or atrophied." 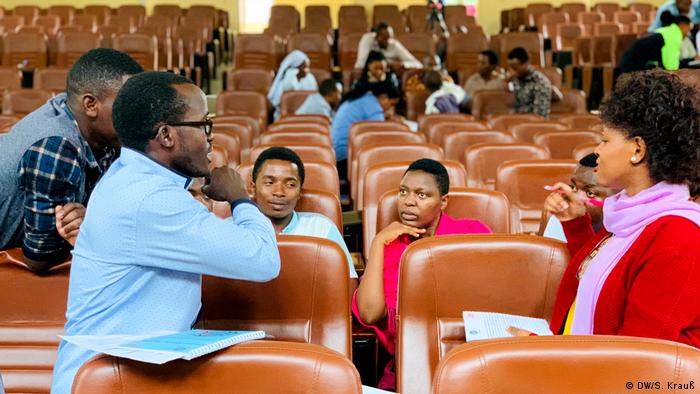 Some of the participants at the 'Generation After' summer school

Liliane Niyegena sits in the auditorium and listens attentively to a lecture on generation-crossing trauma. At last she is getting answers to questions she has carried around with her for years. Just a few rows in front sits Joseph, who is also making notes.

Together with other young Rwandans and international experts, they are spending a week at a summer school organized by the University of Rwanda to discuss the big questions, problems and challenges of their generation. Questions like: How can we remember our past without always differentiating between Hutu and Tutsi? Where can we ask our questions? How can we contribute to genuine reconciliation?

Remembrance as a political act

Liliane is here partly because she is training as a psychiatric carer. But also because she is seeking personal answers. "I could never ask my mother or father because it is such a sensitive topic," she says. "That's a problem. If I don't know who my family is, it's difficult to know who I am today!" Her voice trembles, indicating how important this question of identity is to her.

The manner in which the terrible events of 1994 are commemorated is a highly political matter in Rwanda. Certain questions concerning responsibility and guilt are still not asked during public discussion. But the silence must not necessarily stem from repression, says historian Rainer Schmidt. For three years he has taught political science and history as a guest lecturer at the University of Rwanda. He says there is also a pragmatic form of silence that can help overcome trauma.

For Germans to understand the concerns of Rwanda's young generation, a look back at their own postwar history can help. Here, too, many years of silence followed the end of the war. It was the generation of 1968, the German "Generation After," who began to break the cycle of silence. They no longer wanted to follow in the footsteps of their parents who would have preferred to confine that period to oblivion, Schmidt says. 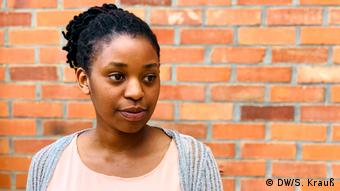 Liliane Niyigena: 'We need to understand what happened'

Whether Rwanda now stands at a similar parting of the ways as Germany did in 1968 is a matter of debate. Historical parallels can help to understand but can also lead to false conclusions. "It is hard to draw a direct comparison as such processes of recollection always take place within certain historical and cultural constellations which cannot be reproduced elsewhere," Schmidt told DW. In the postwar years in Germany, victims and perpetrators could never have lived side by side as is the case in Rwanda today.

For Liliane Niyigena, it is clear which direction the process of remembrance in Rwanda should take. She wants her generation to be heard. "We cannot change the past, but we must be able to understand it so that we can experience healing and reconciliation. Our time is now."

A French commission of experts is taking a fresh look at France's role in the Rwandan genocide 25 years ago. To come up with a fair assessment of the mutual recriminations will be no easy task. (22.06.2019)

The victims were found in mass graves underneath residential homes in the outskirts of the Rwandan capital, Kigali. Family members were able to identify their loved ones by their teeth, clothing and other remains. (05.05.2019)