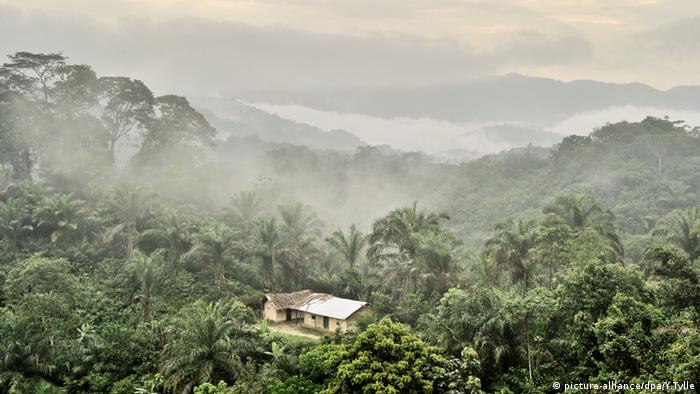 The Congolese army on Wednesday announced that its troops had gunned down the leader of the Democratic Forces of the Liberation of Rwanda (FDLR) in the province of North Kivu.

"Sylvestre Mudacumura was neutralized by the armed forces of Congo along with all the elements accompanying him," army spokesman Gen. Richard Kasonga told the Reuters news agency.

The Congolese military said it hoped his death would encourage holdout members of the FDLR to accept repatriation to Rwanda. A tweet from DR Congo's armed forces said it was "a strong message for the other rebels."

Kasonga said the rebel leader had carried out and ordered some of the worst kinds of violence against the Congolese people, including rape, murder and torture.

The campaign group Human Rights Watch said the FDLR's fighters killed some 700 civilians during a 2009-10 conflict against the Congolese and Rwandan armies. The killings were said to have been an attempt to intimidate local communities not to cooperate with the army.

While in Rwanda, Mudacumura was deputy commander of the presidential guard and led a battalion in northern Rwanda during the country's 1994 genocide against the Tutsi minority.

He fled to Congo with other security officials and formed the group that became known as the FDLR, which conducted periodic wars against the Congolese government and other armed groups.

The International Criminal Court in 2012 issued an arrest warrant for Mudacumura — believed to be about 65 years old — for alleged atrocities in eastern Congo. He had been subject to UN sanctions since 2005.

The opposition in the DRC has long maintained that President Felix Tshisekedi is a puppet of former President Joseph Kabila. The new Cabinet shows how powerful the ex-president still is. (26.08.2019)

Most members of the new executive have been drawn from former president Joseph Kabila's Common Front for Congo. DRC will now have a female vice prime minister, minister for foreign affairs and minister for planning. (26.08.2019)

New Zealanders vote to legalize euthanasia but not cannabis 5h ago