Medical officials say the past two weeks of bitter weather across Russia claimed at least 128 lives. About 900 others remain hospitalized. Siberia remains far below freezing but a thaw is forecast for the Moscow area. 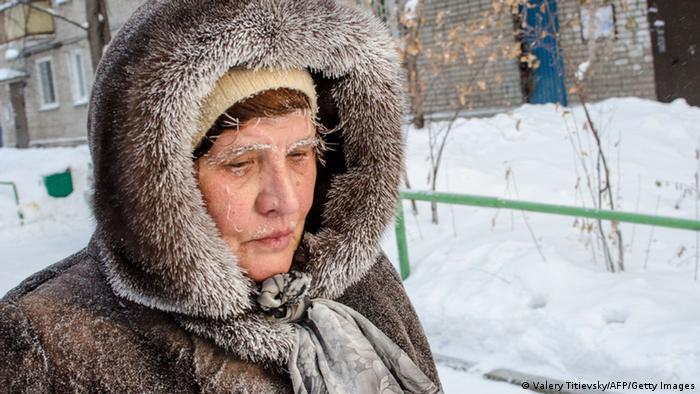 Russian medical sources quoted by the news agency Interfax said Wednesday that hundreds of people had been treated for frostbite and hypothermia, including 14 children on Christmas Day. Many of those who died were homeless, they added.

"Katrina" or "Sandy" are seemingly harmless names for dramatic storms that left a trail of economic destruction in their wake. Microinsurance is aimed at giving poor people the chance to protect themselves. (18.12.2012)

Some fled to local schools which had emergency heating systems. Helicopters have been flying children and women to the regional center of Kyzyl, said Vesti-24 television.

Russia's coldest weather does not usually arrive until January or February, but during December temperatures have been 12 degrees lower that the monthly norm. In Eastern Siberia minus 60 degrees Celsius was recorded.

Deputy Russian prime minister and economist Arkady Dvorkovich said the freeze had killed off up to a third of the seed recently sown for early grain crops in 2013. Nationwide, grain losses would amount to eight percent compared the last harvest, he said.

Russia's weather service is predicting a thaw later this week for European parts of Russia, including Moscow. The emergency ministry has warned, however, of freezing rainfalls that could hamper communications and traffic.

A blizzard across the southern US plains brought rare drops of snow of up to 15 centimeters (6 inches) to Oklahoma on Tuesday and contributed to a 21-vehicle pile-up on a major highway.

Monsoon rains in Malaysia coupled with high tides have forced 14,000 people to flee their homes in three northeastern states – Terengganu, Pahang and Kelantan, according to the official news agency Bernama.

The Philippines has been bracing for another deluge. Tropical Storm Wukong, comes two weeks after Typhoon Bopha triggered landslides and flooding that claimed 1,067 lives. One million survivors are still dependent on emergency relief.