A Russian passenger plane has crashed on landing at Moscow's Vnukovo airport. There were twelve people on board. 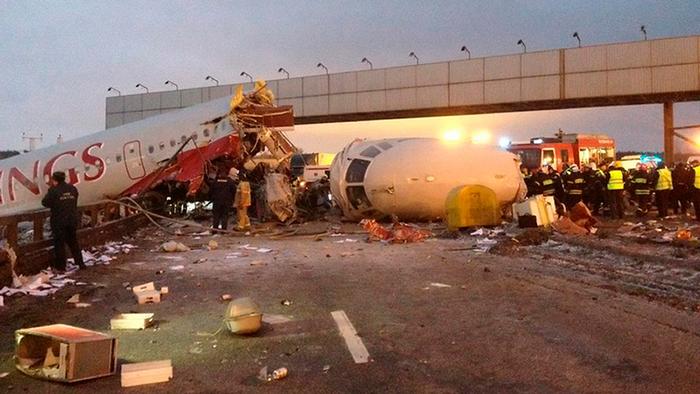 Russian state television said the Red Wings airliner overshot the runway on Saturday and crashed into a road. According to the Interior Ministry at least four people were killed and three critically injured.

Two people were found dead at the scene and four others were taken to hospital. The incident took place at around 16:35 local time (12:35 GMT).

Yelena Krylova, chief spokeswoman for the airport, said in televised comments that "after a hard landing, the plane split into three pieces."

The Tupolev-204 twin-engine plane belonging to low-cost airline Red Wings, had flown from Pardubice in the Czech Republic to Russia's third-busiest airport. The wrecked plane slid off the runway onto a highway.

First photos, which were loaded onto the social media site Twitter, showed the aircraft had broken up on landing. There was smoke coming from the back part of the plane.