Austria has reported gas supplies from Russia fell for a second day in a row as the country became the fourth EU country to report a slowdown in deliveries. The cuts may be Russia's response to new EU sanctions. 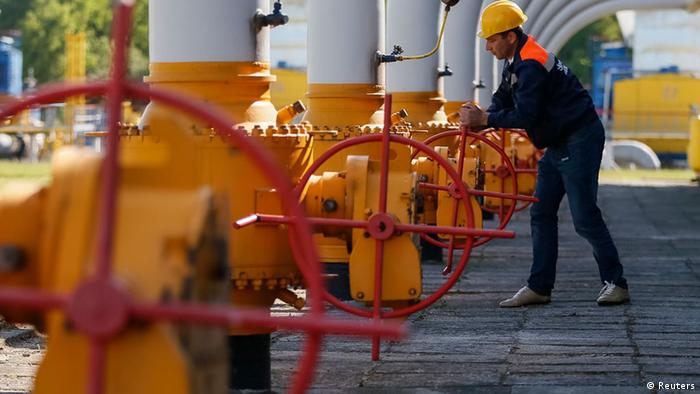 Austrian energy company OMV said Friday that it was receiving between 10 and 15 percent less natural gas from Russia for a second day. An OMV spokesperson told the news agency Reuters that the utility was informed about the reduction by Russia's Gazprom, but was not given a reason for it.

Austria is the fourth EU country to report a slowdown in Russian gas deliveries this week, after Slovakia, Germany and Poland were also hit by reductions. While Germany's largest utility RWE and Slovakia said the cuts were insignificant, Poland recorded a shortfall of a quarter on Tuesday and almost half on Wednesday.

All four countries started to pump gas to Ukraine after Moscow cut supplies to the country in June over unsettled debt claims related to gas deliveries from Russia. The "reverse flow" transfers have angered Moscow.

Moreover, Germany and Poland have been demanding tougher sanctions against Russia over its role in the military conflict in eastern Ukraine. Just on Friday, a third round of sanctions by the bloc came into effect, aimed especially at hitting the Russian energy sector.

The gas supply dispute between the EU and Russia has been growing since Monday, when the Polish state gas company PGNiG registered that Russian supplies were down by 20 percent.

In Moscow, Gazprom spokesman Sergei Kupriyanov said Russia was sending as much gas to Poland as agreed. But Poland had requested more than the contract provided, he added.

"Supplies depend on the export resources we have, while we are continuing to pump gas into Russia's underground storage facilities," Kupriyanov told the Moscow-based Ekho Moskvy on Thursday.

Analysts say Moscow is trying to punish Poland and other EU countries for their hardline stance on sanctions, and for establishing reverse flow transfers to Ukraine.

Zuzanna Nowak, an analyst with Poland's PISM think tank, told the news agency AP that Gazprom was apparently acting on a warning from its CEO, Alexei Miller, who said in June that the state-owned company would cut supplies to countries sending reverse-flow gas to Ukraine.

Bank of America Merrill Lynch analysts share this view. In a statement to the news agency AFP, the bank said: "We believe that in this way, Gazprom is trying to strengthen its bargaining power ahead of upcoming negotiations with Ukraine and the EU."

Brussels announced Thursday that it had invited Russia and Ukraine to hold new EU-brokered talks in Berlin on September 20, in a fresh attempt to end the adversaries' gas dispute.