Emergency services are currently searching for 17 people missing and feared dead, after a Russian trawler, the Onega, sank in the Arctic circle. 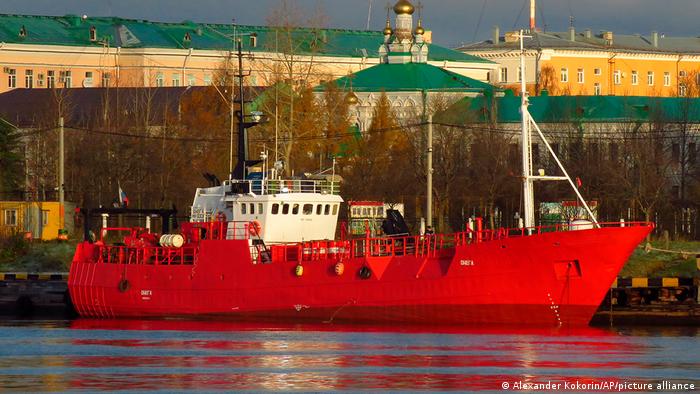 How did the vessel capsize?

The disaster struck when the crew was hauling out a net with the catch, said the spokesman for the maritime and river transport agency Rosmorrechflot, Alexei Kravchenko.

"The vessel lost its balance and instantly capsized," he told AFP.

The trawler is thought to have sank so fast that crew did not have time to activate their life rafts, a source told news agency Interfax.

A source told the Interfax news agency that there was little hope of finding survivors due to strong winds and low temperatures.

"During the sinking, temperatures were as low as 30 degrees [Celsius] below zero," the source was quoted as saying.

"It's practically impossible to hold out even with wet suits on."

Where is the Barents Sea?

The Barents Sea lies on the edge of the Arctic Ocean, bordering the countries Norway and Russia.

The sea is the world's largest global cod fishery, according to the EU Fish Processors and Traders Association. Haddock is also caught in the sea.

In addition to Russia, the Faroe Islands, France, Germany, Norway, Spain and the UK hold quotas to fish in the waters, according to the Sustainable Fisheries partnership.

Experts from the International Atomic Energy Agency are on their way to Ukraine's Zaporizhzhia nuclear power plant, which has been captured by Russian forces. The team is set to visit the facility this week, amid growing concerns about security at the site.