Residents of the Siberian city of Yakutsk have been told to stay at home as smoke from wildfires blankets the city. Over 2,000 firefighters are battling scores of blazes in the region. 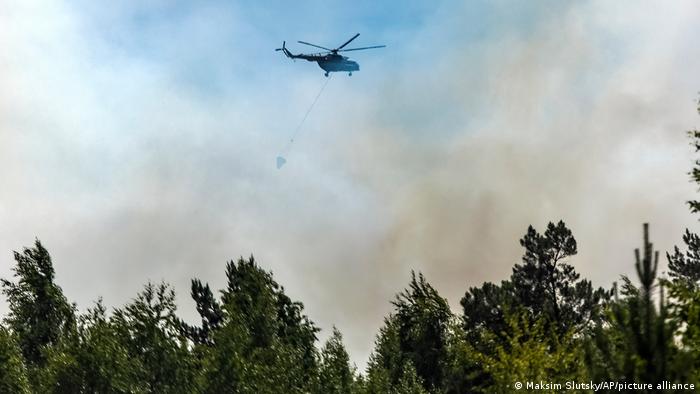 Forest fires in Siberia are an annual event, but they are gaining in intensity

Smoke from wildfires raging in Siberia covered the city of Yakutsk on Sunday, prompting the mayor to warn all residents to stay indoors with windows closed and the suspension of operations at the local airport.

Emergency officials said 187 fires were burning in the Sakha-Yakutia region of northeastern Siberia, enveloping 51 towns and settlements in smoke.

Flights in and out of Yakutsk were suspended on Sunday due to the smoke, according to the Interfax news agency. 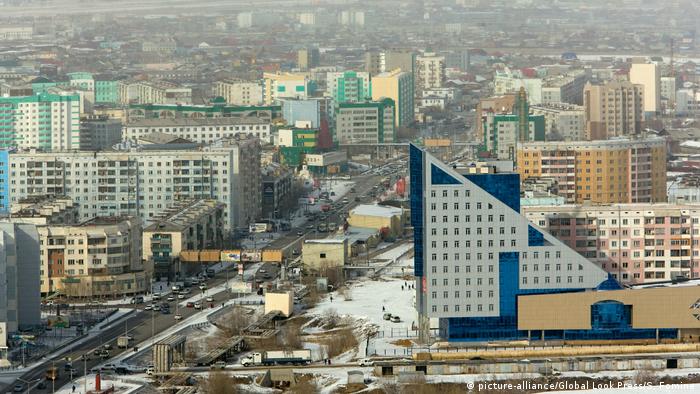 Yakutsk has a population of some 332,000 people

Russian authorities have blamed the widespread blazes on unusually high temperatures and the neglect of fire safety rules. Last week, the Kremlin said climate change was also a factor.

In previous years, Russian authorities often choose to ignore wildfires in remote and sparsely populated areas of Siberia, where there is usually very little danger for human life.  However, with summers getting hotter and making forests more susceptible to flames, wildfires are now drawing more attention.

Earlier this week, Russian military helicopters flew in firefighters to battle the fires, which then covered 800,000 hectares (1,976,843 acres). Officials said on Sunday that the area affected had increased by 100,000 hectares in the past 24 hours.

More than 2,270 firefighters are working in the region.