Russia uses kidnappings to intimidate locals in occupied Ukraine | Europe | News and current affairs from around the continent | DW | 31.03.2022

Hundreds of thousands of Ukrainians have been under Russian occupation for weeks. One way of threatening locals into cooperation seems to be abductions. Politicians and journalists are the main targets. 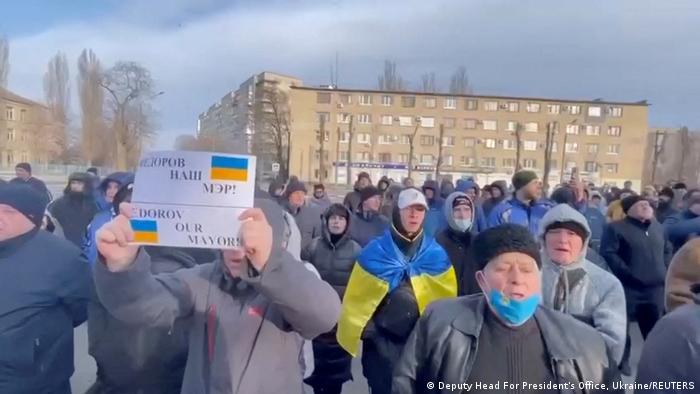 Melitopol residents called for their mayor to be released

Since Russian troops invaded Ukraine at the end of February, they have been able to advance particularly quickly in the south. It is now possible to discern patterns of behaviour among the occupying forces. They have arrested mayors and replaced them with pro-Russian politicians; they have also persecuted pro-Ukrainian activists, including journalists.

There have been many reports of arrests and abductions. A preferred method seems to be making locals an offer of collaboration and to arrest their relatives for leverage purposes. DW spoke to three people who were directly affected.

Melitopol is a small town in the Zaporizhzhia region, just a two or three-hour drive from the Crimean Peninsula, which Russia annexed in 2014. The town was captured by Russian troops within days of the start of the war. Not much later, the local mayor Ivan Fedorov was reportedly abducted before being exchanged for Russian prisoners of war by the Ukrainian government. Meanwhile, Halyna Danylchenko, a local deputy for the pro-Russian opposition bloc proclaimed herself acting mayor. 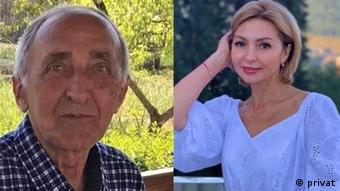 Svitlana Zalizetska, the head and owner of a news agency in Melitopol, said that Danylchenko had offered her work with the Russian occupiers. She told DW by telephone that she had refused and left the city. But her parents, who are in poor health, stayed behind.

"They said that nothing would happen to them, but on March 23 at 7 in the morning three or four occupiers entered my house," she explained. "One was in civilian clothing, but the others wore Russian military uniforms and were carrying machine guns. They searched the house, put my father in a car and brought him to an unknown place."

Zalizetska received a phone call that evening. She said that a man with an accent from the Caucasus had addressed her by name before she heard the voice of her 75-year-old father. He told her that he was "somewhere in a basement." She struggled to hold back her tears as she recounted this to DW.

The stranger then told her that she should go back to her father in Melitopol. The call broke off after she said "no." A few days later, she spoke to her father again and nothing had happened to him. He was released after she decided to hand over her news agency to a third party. On Facebook, she wrote that she had not agreed to any "cooperation with the occupiers."

Zelenskyy: 'Occupiers will receive only one thing from Ukrainians: resistance'

Tetiana Kumok and her family went through a similar experience in Melitopol at around the same time. Kumok is a fashion designer, but her father owns a local media outlet. The family and three journalists were arrested at the end of March and interrogated for hours.

"The goal was to force him to cooperate, so that the newspaper would work for the occupying forces. My mother and I were just hostages," Kumok told DW. She said that at the end of the ordeal she had to sign a statement confirming that she had not been beaten. "That is true," she said.

Her father refused to cooperate and instead shut down the newspaper, which was ailing anyway, along with the website. 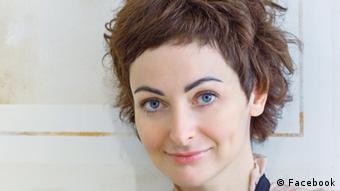 Tetiana Kumok was arrested with her mother and father

The family seems to have gotten off lightly compared to others. "Each day, people are being abducted. Some have not been heard from for 10 days," Kumok said. At the beginning of the invasion, there were pro-Ukrainian rallies in which thousands participated but "these have stopped since the abductions."

"Even simple passers-by have been arrested, young men have been beaten up. It's dangerous to be out on the streets. That's why demonstrations are taking place on Instagram now. People have been writing that they do not want to belong to Russia and that Melitopol is Ukrainian," Kumok said. She added that in 2014, half of the inhabitants in the city were pro-Russian but that was clearly no longer the case: "I've not once seen Russian soldiers being welcomed with flowers here!"

Oleh Baturyn: 'One day, we were just brought home'

Yet that is what Russian troops were apparently told to expect, said Oleh Baturyn, a journalist from Kakhovka, a city west of Melitopol, which was also occupied in the first days of the war.

"The Russians were counting on being received with flowers, so they are very irritated about the protests. They think the locals are insurgents," he told DW. He added that he had a feeling that they would not be staying long and were now "looting and preparing to destroy everything in case they withdraw." 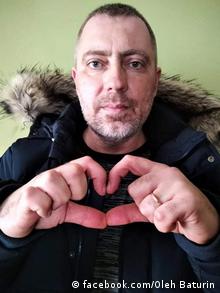 The journalist Oleh Baturyn was held for eight days

He too was kidnapped and held for eight days after an acquaintance called and asked to meet him. When he turned up to the appointment, uniformed men shoved him into a van and brought him to a police station. He said that no charges were made against him and nor was he made an offer to collaborate as a journalist.

"During the first interrogations there were Russians and local collaborators," he told DW, and he assumed that somebody he knew was just seeking revenge against him. "At the beginning, I thought that must be it. There were threats and violence, I kept hearing shots and others being interrogated."

Afterwards, there was no more violence but psychological pressure. He was asked about the organizers of the pro-Ukrainian demonstrations but eventually was released. "One day, we were just brought home."