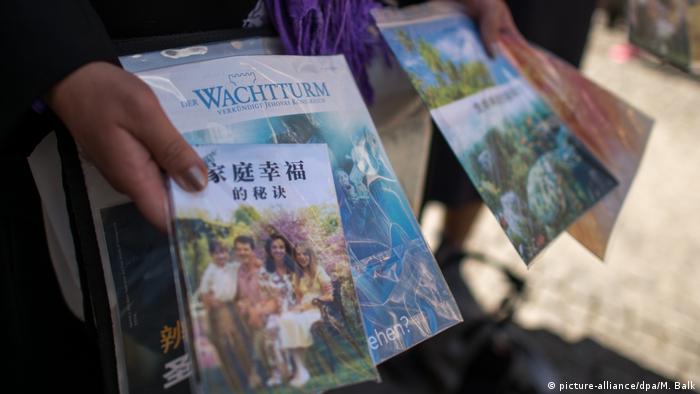 A Jehovah's Witness was sentenced to six years in prison by a Russian court after being found guilty of extremist activity. The government has been trying to crack down on the US-based Christian sect, which has been completely outlawed in Russia.

Vladimir Alushkin, 55, was sentenced in Penza, about 350 miles (563 km) southeast of Moscow, alongside five others who were given lesser jail terms.

"Vladimir's six-year prison sentence is one of the harshest imposed on one of Jehovah's Witnesses since the 2017 ban."

Last month in the Siberian city of Tomsk, another member of the group, Sergei Klimov, was also sentenced to six years in prison.

Both the government and the Russian Orthodox Church have said that the Jehovah's Witnesses are a threat to the country's institutions.

However, with an estimated 175,000 adherents in a country of 144.5 million people, even President Vladimir Putin has called into question the need to target the group. Still, Putin's spokesman Dmitry Peskov has said there were no immediate plans to change the law.

Notes on door-to-door visits made by members of Jehovah's Witnesses breach EU data privacy law, according to the advocate general of the EU's top court. His finding backs the view of Finland's data protection commission. (01.02.2018)