A gas cylinder exploded and prompted a fire in a Siberian research facility which houses samples of smallpox, SARS, Ebola and other potentially deadly viruses. Russian officials said there was no threat of contamination. 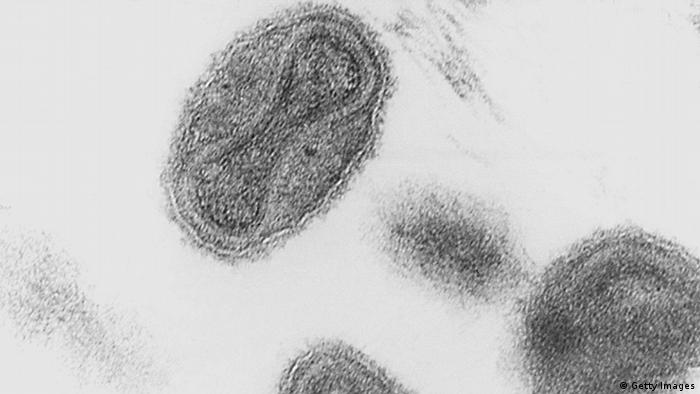 A fire in Russia's state-run research lab "Vektor" left one person with burns and caused minor damage in the Siberian facility which houses many dangerous viruses. However, no hazardous materials were released in the Monday blaze, Russian officials said.

"There is no danger," said Nikolai Krasnikov, the mayor of the town of Koltsovo, where the research facility is located.

"Vektor" is one of the biggest virus and biotechnology research centers in Russia. Over 1,600 people work for the facility, which specializes in researching vaccines and antiviral treatments for highly contagious infections.

Monday's fire was prompted by "an exploding gas cylinder" in the so-called sanitary inspection area on the fifth floor of one of the buildings. Usually, employees use the room to change clothes and control potential contamination levels. However, Russian officials said the room was being renovated at the time of the incident. While some glass was reportedly broken, the building's structure was not seriously damaged, health watchdog Rospotrebnadzor reported.

Soviet authorities founded the center in 1974, tasking its employees to develop means of protection against biological and bacterial weapons. Located outside Russia's third largest city, Novosibirsk, "Vektor" is one of only two labs in the world which still houses samples of the deadly smallpox virus, with the other being the Centers for Disease Control and Prevention in the US state of Georgia. Other viruses held at the Koltsovo site include Ebola, SARS coronavirus, and highly dangerous strands of flu.

The Monday blast comes after a series of alarming incidents in Russia, including a blast at a Siberian ammunition depot last month and a later explosion at missile testing site which caused a spike in radiation. While the Russian government claimed there was no danger, five local monitoring stations went offline in the aftermath of the incident.

Read more: What is Russia hiding after 'Skyfall' radioactive blast?

In July, a fire on a nuclear-powered submarine killed 14 Navy servicemen, nearly all of them high-ranking and highly decorated officers. The vessel was allegedly on a surveying mission. Russian authorities said that its nuclear reactor has been isolated and posed no threat.