Russia prepared for US tanks in Eastern Europe | Europe | News and current affairs from around the continent | DW | 31.03.2016

Russia prepared for US tanks in Eastern Europe

Russia's ambassador to NATO has criticized US plans to deploy an armored brigade to Eastern Europe. But overall Moscow is calm - perhaps because the Russian army has already responded. 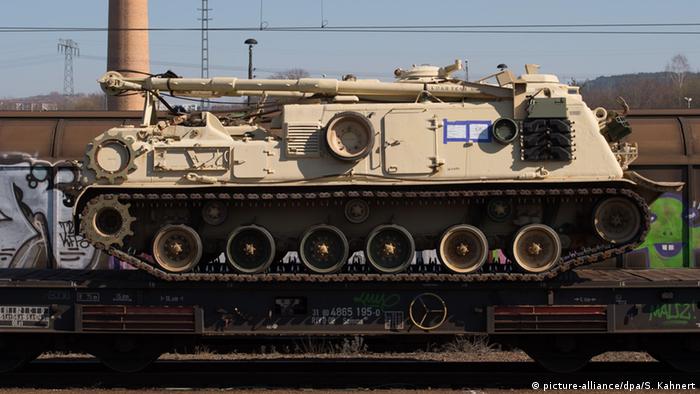 Russia's permanent representative to NATO says the Kremlin fears US plans to deploy an armored brigade in Eastern Europe are a threat to his country. Alexander Grushko told DW it was a "further step establishing NATO's transition to confrontational patterns."

The plans' military importance, he said, must be considered together with other efforts of the alliance "to consolidate its eastern flank." Grushko said these included "permanent troop rotations, exercises, air policing, strengthening its activities in the Baltic and Black Seas, building additional headquarters, modernization of military infrastructure."

All this, he said, weakens European security, calling into question the viability of the Russia-NATO Founding Act of 1997 as "one of the last effective pillars" of this security. Russian military experts would analyze the US announcements and make appropriate corrections to Russian military planning, Grushko said.

But overall, Russia has reacted relatively calmly to the US plans. Both the foreign and defense ministries in Moscow had no initial comment. Russian media are also not treating it as a headline issue.

Washington explained its decision in terms of supporting NATO members "in the wake of an aggressive Russia in Eastern Europe and elsewhere." The move, it said, came in response to Russia's actions in Ukraine. 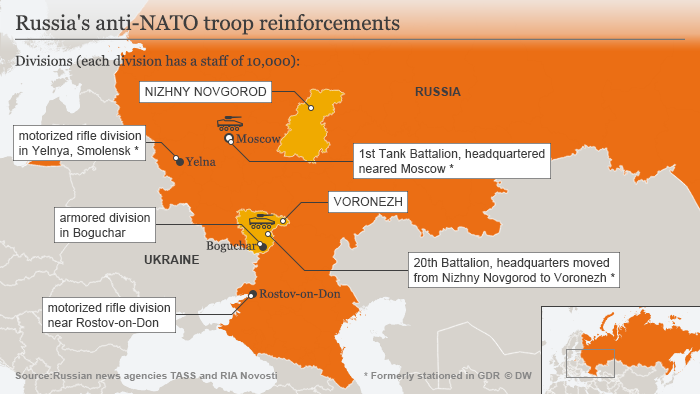 The Pentagon on Wednesday provided greater detail. From February 2017, a complete armored brigade with a total of 4,200 troops, 250 tanks and other heavy military equipment will be stationed on NATO's eastern flank. The brigade will change its location in various Eastern European countries on a rotating basis. Which countries these are, is still open. Troops and material will be replaced every nine months.

"No-one can be misled any more by talks about NATO's military activities having only a rotational character," Grushko said. "Continuous rotations differ little from a permanent military presence in the traditional sense." The plans called for war materiel to be kept permanently in Europe, he said. 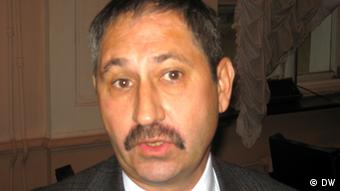 Moscow's lack of anger at these US plans has a simple explanation, said Alexander Golz, an expert on the Russian military. "The deployment of the armored brigade was already decided at the NATO Summit in Wales in 2014. Russia has already responded."

Moscow already announced it would set up new divisions in the west of the country. Lately there have been conflicting statements about their number. Defense Minister Sergei Shoigu said a few days ago, Russia planned to station two new divisions permanently in Russia's Western Military District.

"NATO is expanding its military potential in Europe, including in the immediate vicinity of the Russian border," he said. Russia was concerned, he said - and forced to react. But earlier, the defense minister had spoken about three new divisions in Russia's west. One of these divisions would be created from a brigade in the Smolensk region on the border with Belarus.

In addition, the Russian defense ministry announced in early February that it was reactivating the 1st Tank Guards Army, dissolved in 1998, in the west of the country. The new army is being formed from existing divisions and brigades that are to be reorganized and strengthened.

Such a step is "logical" because the US and NATO are pursuing an "increasingly clear strategy of containment of Russia," state news agency RIA Novosti said. This tank army also forms part of Russia's response to the increased US military presence in Eastern Europe, Golz said.

The increased US military presence in eastern NATO states and Russia's troop reinforcements in its west are "by no means a repetition of the confrontation in the former Cold War," he said. "At that time, hundreds of thousands of armed men faced each other."

Golz said the US plans indicate a desire to be prepared for a possible so-called "hybrid war" such as the annexation of Crimea by Russia, in which the absolute numbers of troops or tanks would not be as significant.

Grushko described NATO's plans as a further burden "for the already complicated relationships" between the alliance and his country. But, he added, it would have little effect on the practical cooperation between the two. "It is difficult to influence something that does not exist," he said - and blamed NATO for this state of affairs.

Russia reaches out to the West - but at what price?

Russian leaders are calling on the West to put aside its problems with Russia and work together to fight terrorism - but is that possible, or even a good idea? Fiona Clark reports from Moscow. (25.03.2016)