Emergency services say an explosion occurred during a shooting at a school in the Russian city of Kazan. At least nine people are reported to have died.

A teenager was arrested on Tuesday on suspicion of carrying out a deadly high school shooting in the Russian city of Kazan on Tuesday.

Russian news agencies report that nine people had been killed in the incident, after revising the number down from an early death toll of 11. Most of the dead are believed to have been eighth grade students, along with a teacher and another school worker. 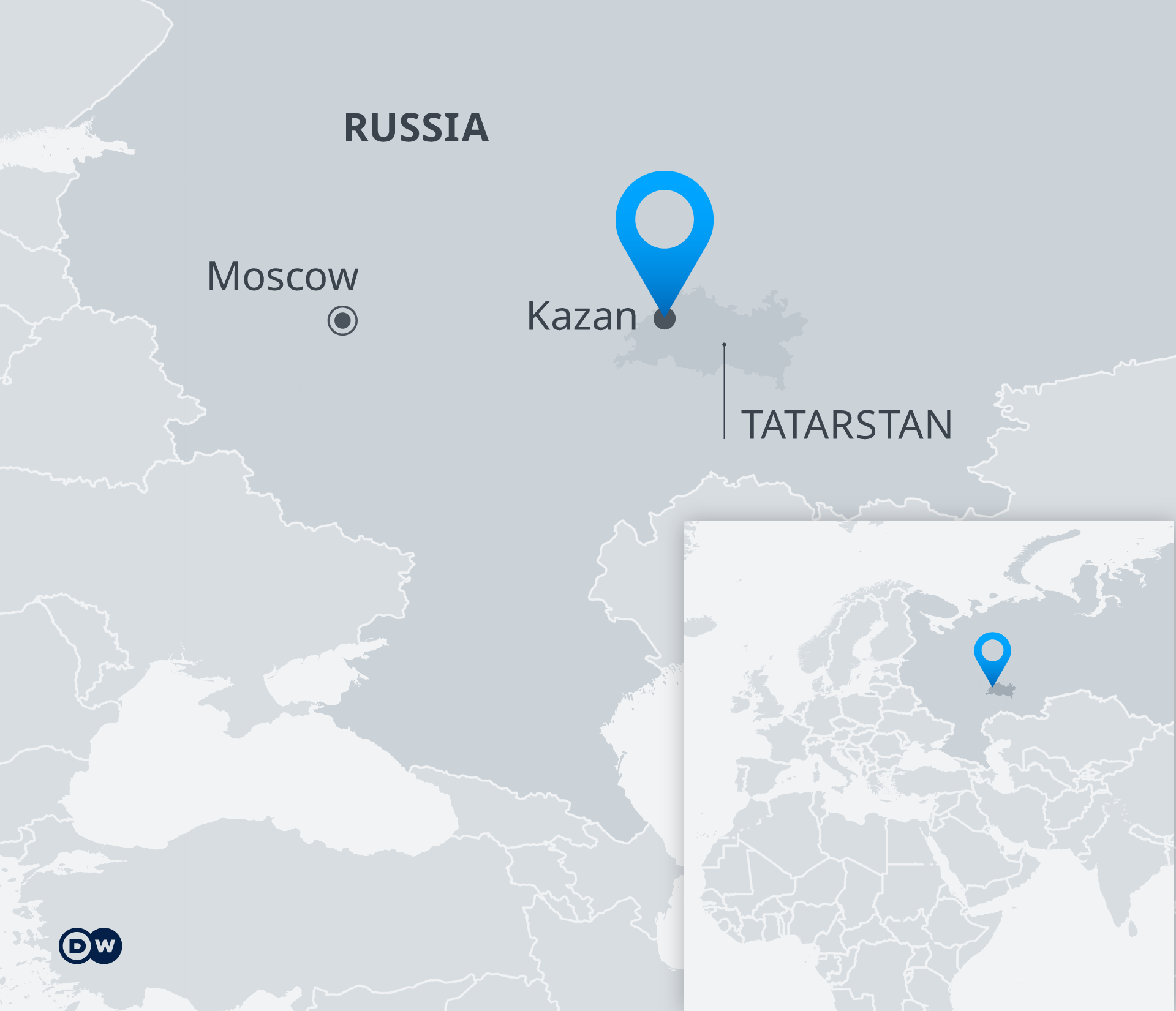 Social media footage showed a police officer pinning a young man to the ground outside the school building. It remains unclear if a second attacker was involved.

A video circulated by local RIA news agency showed two children jumping from the third floor of the four-story School Number 175 as gunshots rang out.

Footage also showed emergency vehicles parked outside the school, with people running toward the building. There were images of broken windows with debris outside.

The RIA agency said an explosion had been heard at the school.

"The terrorist has been arrested, [he is] 19 years old. A firearm is registered in his name. Other accomplices haven't been established, an investigation is underway," Minnikhanov said after visiting the school.

Health officials say 21 people were hospitalized with wounds after the attack, including 18 children, six of them in a "severely grave condition." 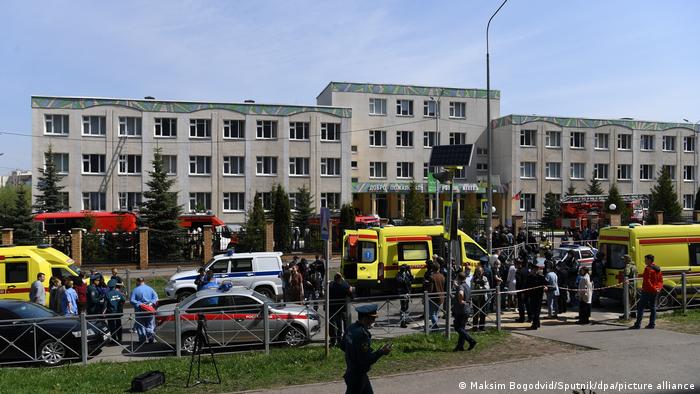 According to preliminary data, eight schoolchildren and a teacher were killed

DW's Moscow correspondent Emily Sherwin said the motive remained unclear and that such incidents were unusual.

"In 2014, for example, there was a shooting in a Moscow school where two people died — but mostly when there have been school attacks, it didn't happen with guns. There have been occasional attacks; one with a knife, one with a hammer, another one with a knife. Usually, it's pupils from the school itself who carry out the attack for personal reasons."

Gun laws to be reviewed

A spokesperson for the city mayor's office told journalists that children from the school and a neighboring kindergarten had been evacuated after "an accident." Officials said additional security measures have been put into place in all schools across the city.

In response to the shooting, the Kremlin said Russian President Vladimir Putin had ordered a review of gun control legislation.

"The president gave an order to urgently work out a new provision concerning the types of weapons that can be in civilian hands, taking into account the weapon" used in the attack, Kremlin spokesman Dmitry Peskov told reporters.