A new report from the human rights group has said protesters in Russia face a growing number of restrictions on peaceful assembly, and Russian police officers routinely use excessive force against demonstrators. 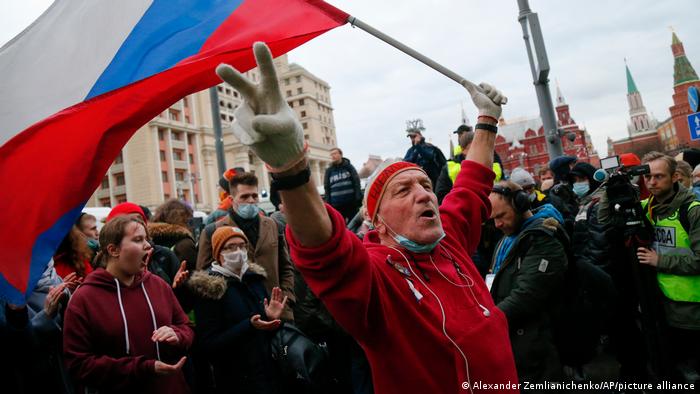 Russian authorities have been cracking down on opposition rallies

Russian authorities have made it almost impossible for protesters to exercise their right to freedom of peaceful assembly, Amnesty International said in its report published Thursday.

The UK-based human rights organization accused Russia of deploying the use of restrictive laws and heavy-handed police tactics to suppress peaceful protests, adding that the state's crackdown had markedly worsened in recent years.

"Laws introduced in Russia in recent years and the way in which they have been implemented have critically undermined the right to freedom of peaceful assembly," said the 21-page report, titled Russia: No Place for Protest.

It also cited Russia's 2004 Federal Law on Assemblies, which has been amended 13 times since its adoption.

"[The law] has seen progressively greater restrictions imposed on protesters including on who can organize a protest, where people can protest and when," the report said.

While a number of restrictions on large gatherings have been imposed in response to COVID outbreaks, Amnesty said Russia's tightening of restrictions predates the pandemic and is selectively applied to those who organize or participate in protests.

Russia: From police to opposition

"Russian authorities have been curtailing the right to freedom of assembly with incredible persistence and inventiveness for years," Oleg Kozlovsky, Amnesty International's Russia Researcher said in a statement.

"No other issue has been given so much energy at every level of power. As a result, peaceful street protest has come to be seen as a crime by state officials — and an act of heroism by those Russians who still believe it is their right to exercise it," he said.

What are Russia's restrictions on protests?

Organizers are also required to submit prior notification to authorities who may, under a variety of pretexts, limit the number of participants, move it to a sparsely populated location, or ban it altogether, Kozlovsky noted.

"Moreover, under legislative amendments passed in 2021, the authorities have obtained the power to ‘recall' permissions under vaguely worded and unsubstantiated pretexts such as a 'real threat' of 'an emergency or a terrorist attack'," he added.

Amnesty also detailed the excessive use of force by police against peaceful protesters.

Police officers have been documented using "martial arts techniques against protesters, battering them mercilessly with batons and, beginning this year, stunning them with electroshock weapons."

The report cited several examples of police inflicting serious injury to protesters, one of whom ended up in an intensive care unit after being kicked in the stomach by a riot police officer.

"When Russian law enforcement agencies use so-called less-lethal weapons, they often do so in an unlawful manner, causing unnecessary pain and suffering and risk inflicting serious injury," the report said.

Accused and convicted of embezzlement in Russia, after sentencing Michael Calvey said the verdict was "deeply unfair." He believed an acquittal could help spur foreign investment in Russia.

Various media outlets in Russia are reporting Navalny lawyer Lyubov Sobol left Russia just days before she was to be placed under travel restrictions.