Accused and convicted of embezzlement in Russia, after sentencing Michael Calvey said the verdict was "deeply unfair." He believed an acquittal could help spur foreign investment in Russia. 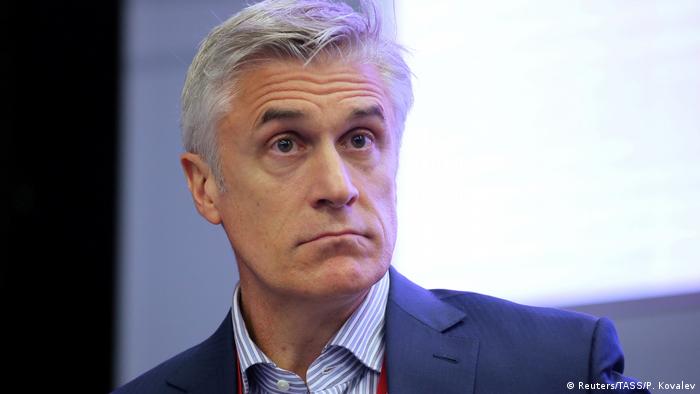 Michael Calvey at the St. Petersburg International Economic Forum in 2018 before his arrest in February 2019

In a high-profile case that has shaken Russia's business community, US investor Michael Calvey received a suspended sentence of five and a half years on Friday after a more than 12-hour sitting of the court.

After the sentencing, Calvey told reporters, "I view the verdict as unfortunate and deeply unfair."

After the more than 12-hour seating of the court Friday, Calvey told reporters, "The judge simply repeated — word for word — the text from the prosecutor's case. There were literally hundreds of pieces of evidence submitted in court proving that my colleagues and I acted entirely legally and in the interests of Vostochny Bank."

During the trial, Calvey told the court that if he were found not guilty, it would lead to large foreign investments and job creation in Russia. After sentencing, he said he would spend the coming week consulting with lawyers. 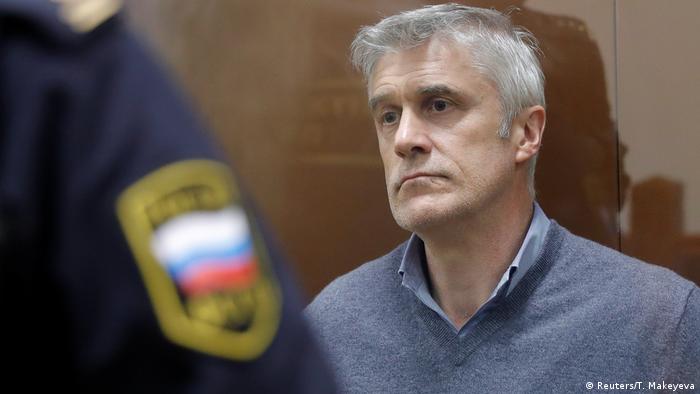 He told reporters that while Russian courts tend to side with prosecutors as the judge had, "compared to most cases, receiving a suspended sentence is already almost a victory. But on the other hand, it is simply outrageous to be convicted of a crime that never happened."

Calvey added, "The specific conviction on the charge of embezzlement obviously is deeply offensive to me, as a professional in the investment industry with an honest reputation built over 25 years."

The prosecutors' case centered around his firm, Baring Vostok, and its role as a leading shareholder in a lender, Vostochny Bank.

Baring Vostok has been a player in Russia since 1994 and is one of the largest foreign investment firms operating in Russia. 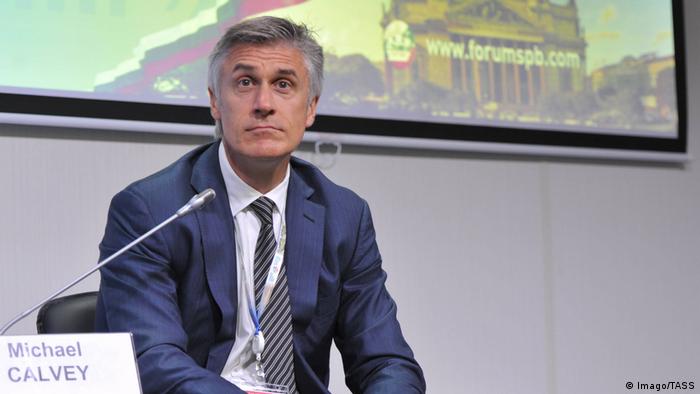 In better times: Michael Calvey at the St. Petersburg International Economic Forum in 2012

The firm has invested more than $2.8 billion (€2.38 billion) in companies such as internet giant Yandex, online bank Tinkoff and e-commerce firm Ozon, which debuted on the Nasdaq exchange in late 2020.

Prosecutors in the case against Calvey and his associates argued that he took out a loan of 2.5 billion rubles, worth $37 million at the time, from Vostochny Bank when Baring Vostok had a controlling stake.

According to prosecutors, Calvey then transferred shares in the bank to a company called IFTG, which Calvey claimed was equivalent to the loan when in fact it was worth far less.

Several prominent officials and businessmen expressed concerns about the charges against Calvey following his arrest in February 2019, including the head of Russia's sovereign wealth fund. Calvey spent two months in jail before being placed under house arrest.

Their concerns centered on the way in which the Russian state deals with commercial disputes.

In addition to the charges against Calvey and his business associates, there was a corporate dispute between Vostochny's top shareholders, Baring Vostok and a firm called Finvision, belonging to businessman Artem Avetisyan, which was settled last October.

In March, Sovcombank agreed to buy Vostochny Bank. Sovcombank is Russia's third-largest private bank and one of the top 10 banks in terms of assets in Russia.

The financial terms of that deal were not disclosed.