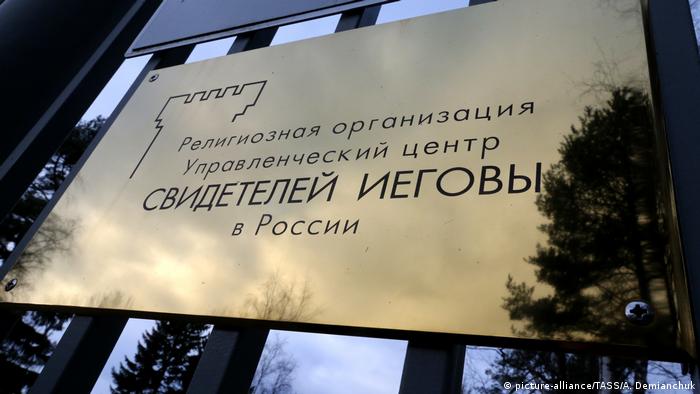 Authorities have opened a new criminal case into the Jehovah's Witnesses after the Russian Investigative Committee said the religion's management center had illegally resumed its work.

Investigators said Tuesday that searches were underway in more than 20 different regions across the country.

Russia's Supreme Court banned the Jehovah's Witnesses in 2017 and declared the religious group an extremist organization.

Judges ordered it to disband and authorities launched a crackdown on the religion's adherents.

According to human rights groups, hundreds of followers are facing criminal cases in Russia, with dozens either imprisonedor awaiting trial.

Among them, Danish citizen Dennis Christensen has remained behind bars following his detention in May 2017. A court in central Russia convicted him almost two years later. 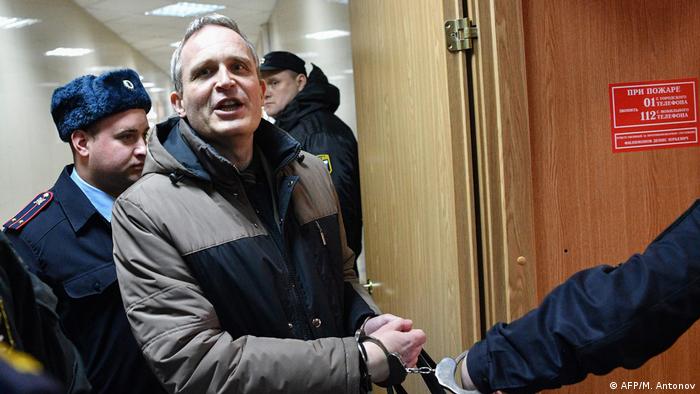 Dennis Christensen, a Danish Jehovah's Witness, was sentenced in a Russian court in February 2019

In July, Human Rights Watch said Russia "has absolutely nothing to gain from the pointless, cruel, and abusive persecution of Jehovah's Witnesses," and urged the authorities to "immediately free Christensen and stop wasting time and resources on these prosecutions."

In September 2019, the US banned two high-ranking regional officers from Russia's Investigative Committee from entering the United States over the alleged torture of seven detainees who identify as followers of the Jehovah's Witnesses.

Jehovah's Witnesses identify as Christians. They believe the Bible, of which they have their own translation, was inspired by God and is historically accurate. Observant members of the religion also say Jesus is his firstborn son and inferior to God.